It brings to 149 the number of military planes that have intruded so far this month.

Taiwan's military planes were scrambled to warn the Chinese aircraft away. 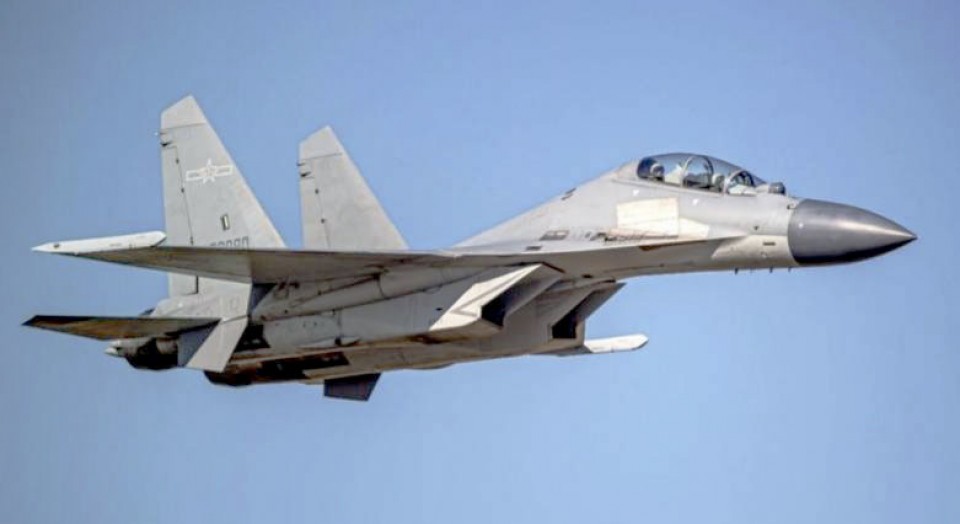 Japan's Maritime Self-Defense Force said Monday that it had conducted joint training with the U.S. Navy's nuclear-powered aircraft carriers Ronald Reagan and Carl Vinson, and the British Royal Navy's aircraft carrier Queen Elizabeth in the waters southwest of Okinawa on Saturday and Sunday.

It has been speculated that China's actions are partly intended to restrain the United States and its allies.

China's Foreign Ministry dismissed the U.S. concerns and said they sent an "erroneous and irresponsible" signal.

China, which considers Taiwan a renegade province to be reunified with the mainland, has ramped up pressure on Taiwan following its recent application to join the Trans-Pacific Partnership free trade agreement.

The administration of President Tsai Ing-wen is stepping up its efforts to convince member countries, including Japan, to accept Taiwan as a TPP member.

The incursions appear to also be a warning to the United States and Japan against further strengthening relations with Taiwan.