South Korea launched its first domestically developed space rocket on Thursday, but President Moon Jae In said a dummy satellite separated from the rocket did not go into orbit as planned.

The 200-ton liquid fuel rocket Nuri lifted off from the Naro Space Center in Goheung, a county on the southern tip of the Korean Peninsula, at 5 p.m. 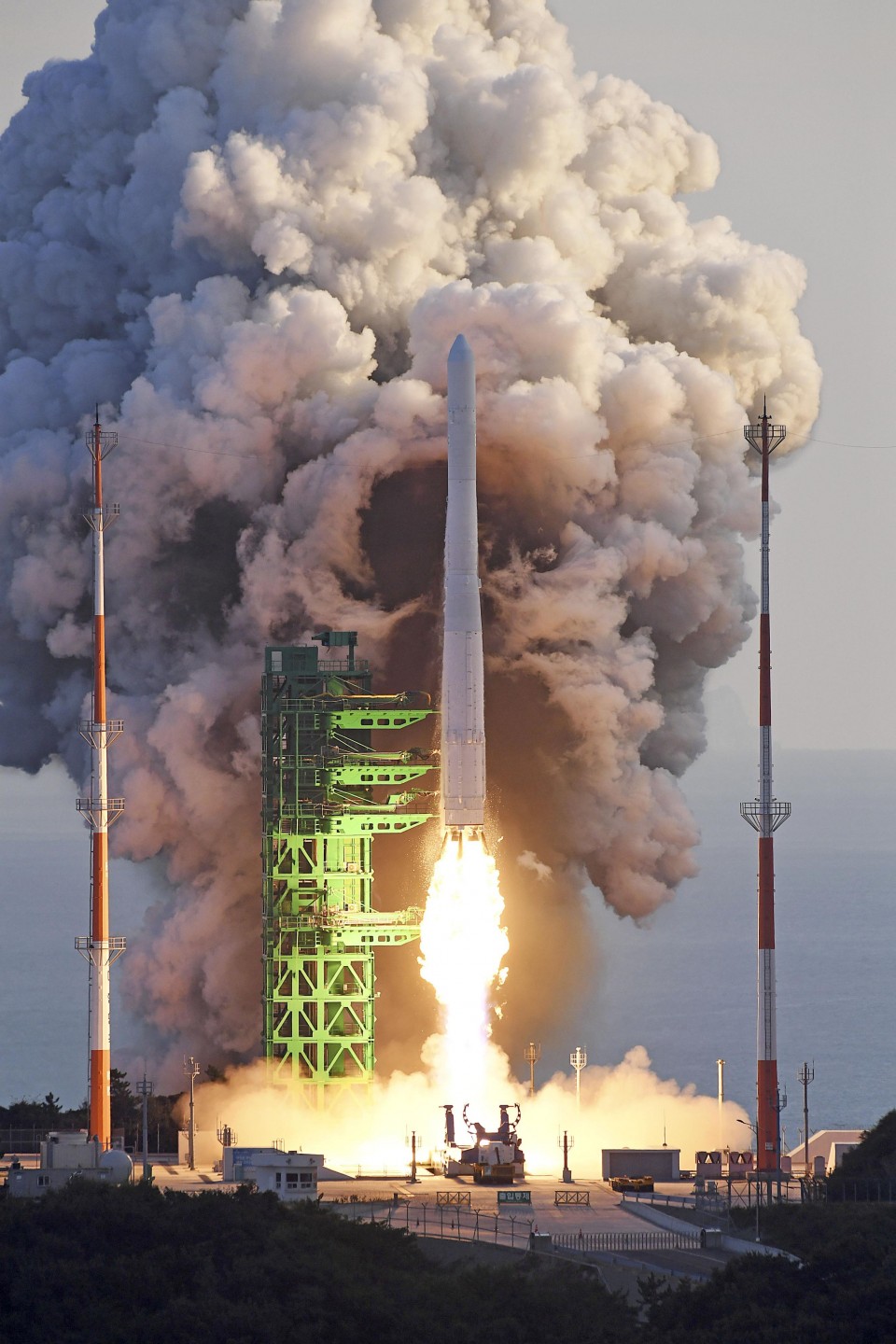 South Korea's first domestically developed space rocket, Nuri, lifts off from the Naro Space Center in Goheung, a county on the southern tip of the Korean Peninsula, on Oct. 21, 2021. (Pool photo) (Kyodo) ==Kyodo

A 1.5-ton dummy satellite was later separated to be sent into orbit. If it had succeeded, South Korea would have become the seventh country in the world with the ability to put a satellite weighing 1 ton or heavier into orbit.

"Enabling the dummy satellite to safely go into orbit has yet to be solved," Moon said in a speech at the launch site, while praising Thursday's result as a great one given that it was the first trial.

"It has been 12 years since we embarked on this Nuri development project, and we just need to go one step further," he added.

The next launch of Nuri is slated for May.

South Korea plans to launch the rocket five times by 2027 and support private enterprises to develop a homegrown solid-fuel space rocket by 2024.

"By 2030, we will achieve our goal to land on the moon using a homegrown launch vehicle," Moon said during the same speech.

The latest Nuri launch comes as South Korea seeks to establish low-cost, high-precision satellite-launching technology so it can expand into the space industry.

It also comes at a delicate time on the Korean Peninsula, with North Korea conducting a series of missile tests, alarming South Korea, Japan and others.