The Association of Southeast Asian Nations is considering whether to downgrade Myanmar's representation at ASEAN's summit meeting later this month due to its lack of cooperation with the group in ending the military-ruled country's political conflict, its special envoy said Wednesday.

ASEAN ministers are discussing whether Myanmar be represented at the Oct. 26-28 summit and, if so, who is going to represent it, Brunei's second foreign minister, Erywan Yusof, who was appointed as special envoy in August but has been unable to visit Myanmar to fulfil his mandate, said in an online press conference from his country's capital.

There have been some proposals on the matter, but no consensus has been reached yet, he said. 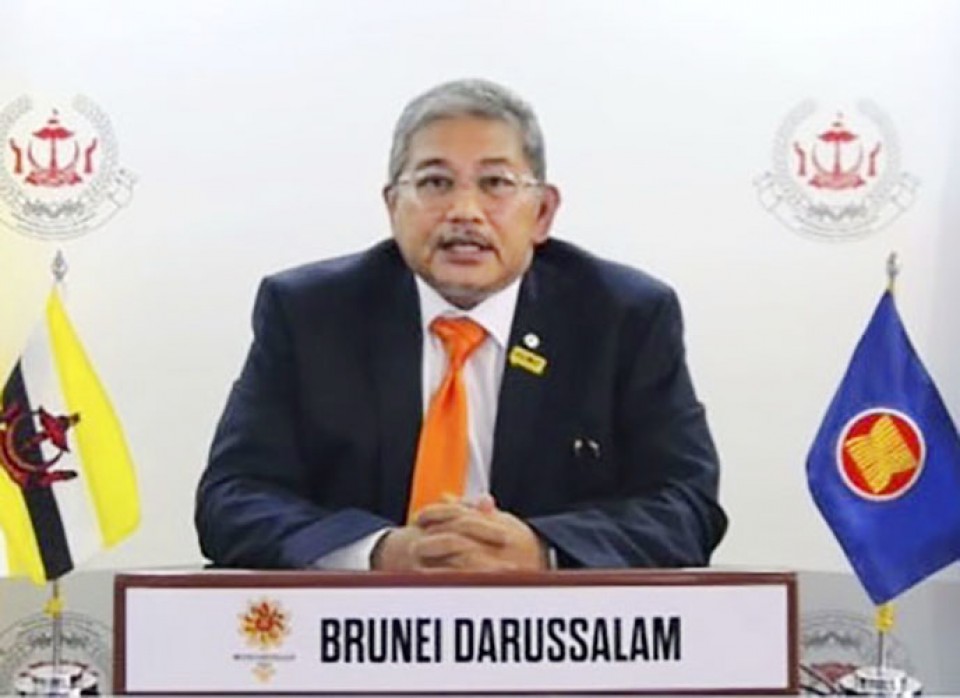 "We are also consulting with our dialogue partners as to how they feel about it," he said, referring to such countries as Japan, the United States, China, Australia, India and Russia.

He said ASEAN members are concerned that there has been "very limited" progress on implementing a five-point consensus agreed at an ASEAN summit in April in Jakarta.

"This has raised a concern because if this is the commitment that is agreed by Myanmar in April by the commander-in-chief (Senior Gen. Min Aung Hlaing), with all the other ASEAN leaders, then it is tantamount to basically backtracking," Erywan said.

Malaysian Foreign Minister Saifuddin Abdullah said in a Twitter post that he called for preventing Myanmar's military leader, who seized power in a Feb. 1 coup that ousted the democratically elected government led by Aung San Suu Kyi, from attending the ASEAN summit.

"We are disappointed that the Myanmar authority have not cooperated with the Special Envoy of the ASEAN Chair on Myanmar, and unless there is progress, it would be difficult to have the Chairman of the SAC at the ASEAN Summit," he said, using an acronym for the State Administration Council headed by the general.

Erywan said the issue of Myanmar's representation at the ASEAN summit was also raised by several other ASEAN foreign ministers at the meeting.

He said he is still negotiating a visit he is supposed to make to Myanmar to mediate with all sides, as part of his mandate as special envoy, even as his call to all sides in the conflict for a cease-fire has gone unheeded.

"As special envoy, I am always open to the visit. I would say that I am on standby to go there anytime."

He said ASEAN member states reaffirmed that "we are an ASEAN family that wants to help them."

"And then we all respect the principle of noninterference in the affairs of another state," he added.