A weak yen typically serves as a boon to the export-driven Japanese economy. But when combined with surging crude oil and raw material prices, it leaves the economy facing a double-whammy that is set to crimp the economic recovery from the pandemic.

The yen's recent slip to a nearly four-year low against the U.S. dollar coupled with a surge in U.S. oil prices to a seven-year high threatens to cut into household spending even as it still feels the impact of COVID-19. 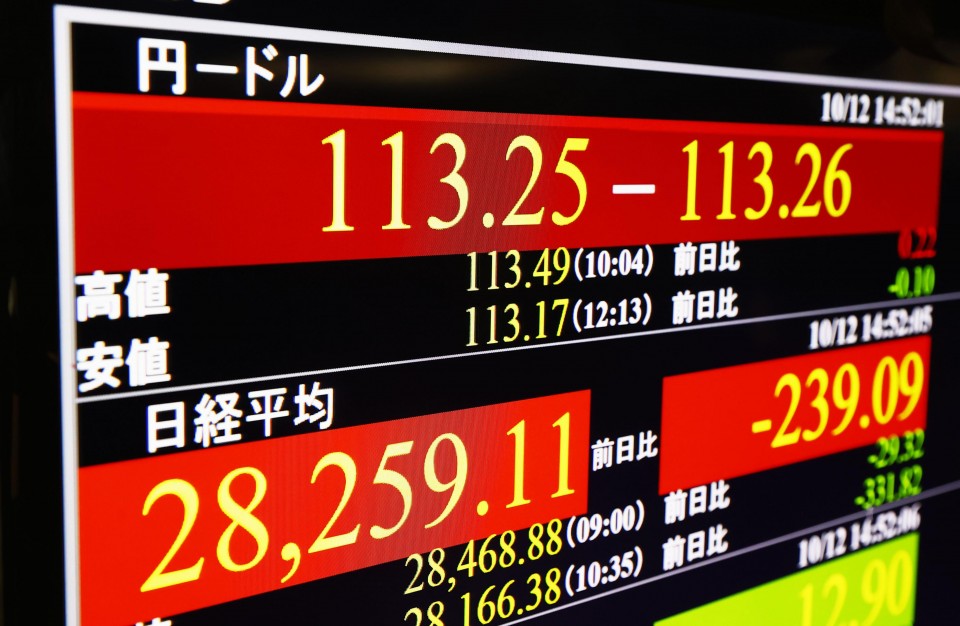 The combination is also set to make even more apparent the divergence between companies that have enjoyed a recovery from the pandemic fallout and those that have not, economists say.

The yen's weakening raises prices of imported products such as oil, putting Japan at serious risk at a time when the resource-scarce county saw import prices rising at the fastest pace in four decades last month.

Wholesale prices have also been gaining sharply, testing the tolerance of Japanese companies that have opted to absorb higher costs rather than pass them on to consumers. Some food and gasoline prices are already beginning to tick up to put pressure on consumer spending.

"The weak yen may not be wholly negative for companies but it is of little benefit for households when wages aren't rising much," said Shunsuke Kobayashi, chief economist at Mizuho Securities Co.

"The situation would be different if the trickle-down effect was working," Kobayashi said in reference to growth in corporate profits translating into higher wages for workers.

The Japanese currency has fallen by nearly 4 yen against the dollar since early October when Fumio Kishida became Japan's new prime minister with a pledge to ensure growth and redistribution.

As the Federal Reserve is expected to wind down crisis-mode stimulus, long-term U.S. Treasury yields have been on an uptrend, leading the U.S. currency to rise sharply against the yen. 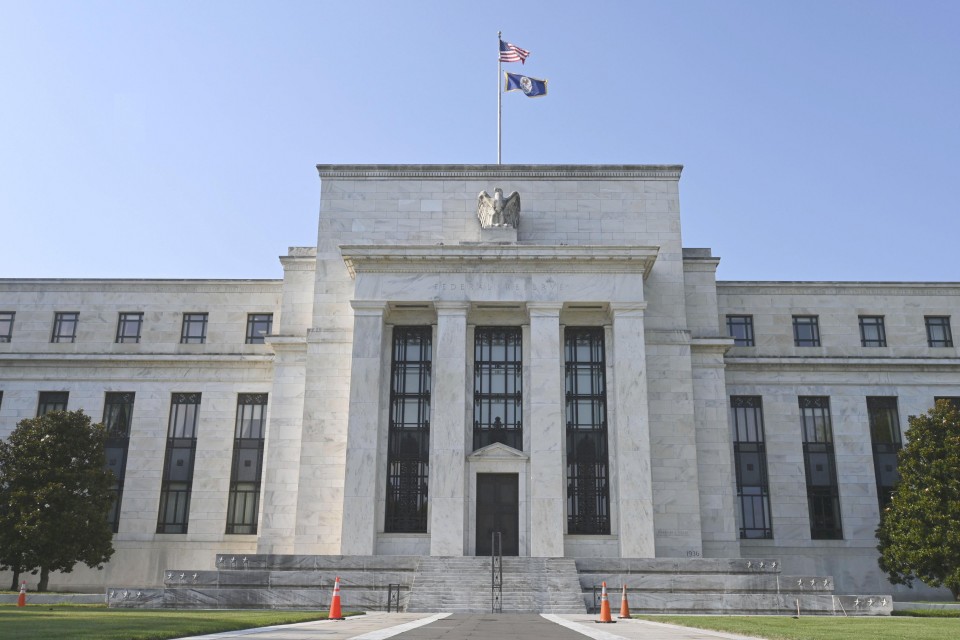 Photo taken on July 27, 2021, shows the building of the Federal Reserve Board. (Kyodo)

"There is no doubt that rising commodity prices are severe if we look at the structure of the Japanese economy," Kengo Sakurada, chairman of the Japan Association of Corporate Executives, told a recent news conference. "I feel there are strong concerns (in business circles) about competitiveness and higher costs."

With the benchmark West Texas Intermediate crude oil futures topping $83 per barrel, the highest in seven years, the dollar climbed closer to 115 yen, a level it last reached in 2017 during the time of "Abenomics," a policy mix of bold monetary easing and fiscal stimulus implemented under former premier Shinzo Abe.

The dollar is at much higher levels than the average assumed exchange rate of 107.64 yen for the current business year through next March in the Bank of Japan's latest Tankan survey. Leading Japanese exporter Toyota Motor Corp., for example, has set its rate at 105 yen.

The current levels may be good news for exporters and companies that do business overseas or have subsidiaries because a weaker yen strengthens the price competitiveness of Japan-made products overseas and inflates profits earned abroad when translated back into the Japanese currency.

But it is a different story for companies that are reliant on imports such as food ingredients and petrochemical products or deal with consumer products, as a further weakening of the yen would exacerbate the pain of hefty costs.

Martin Schulz, chief policy economist at Fujitsu Ltd., said the dollar has been trading "at a comfortable level" for Japanese exporters. But investors are now concerned that a higher dollar above 114 yen will push energy costs too far and squeeze profits at import-driven companies.

"Since the economic restart comes later in Japan than in the United States and Europe, the current cost-push from energy and material costs is unlikely to create a significant inflation scare anytime soon," Schulz said.

"The bigger concern on the economy side remains to be the pressure on corporate profits, which can easily turn into a correction of high stock prices."

Heading into the Oct. 31 House of Representatives election, Kishida was apparently alarmed by the rapid rise in crude oil prices, instructing his ministers to take necessary steps, including asking oil-producing nations to increase output.

Japan's core consumer price index, a gauge of inflation, was unchanged in August from a year earlier, far from the BOJ's 2 percent target, but is projected to pick up due to higher energy costs.

Economists say the recent surge in crude oil prices and the weaker yen will more than offset the impact of sharply lower mobile phone charges.

Consumers may start to feel the pinch in coming months. Gasoline prices are now at seven-year highs and prices of some imported food items such as flour and beef are rising.

These headwinds come as Japan moves toward restoring normalcy to everyday life as the COVID-19 situation stabilizes, though experts warn of another wave.

"If the resumption of economic activity continues, companies may become more willing to pass on higher costs to consumers," said Kobayashi at Mizuho Securities.

Up until now, nonmanufacturers, especially service providers, had been expected to catch up with manufacturers in recovering from the pandemic as the economy emerges from COVID-19 restrictions on people's movement.

"The irony is that the weaker yen has the potential to widen the gap between winners and losers in the corporate sector," Kobayashi said.