The 27-year-old Japanese, who is a favorite for the American League MVP, received 16 first-place votes from a 19-member panel of baseball writers and announcers that includes former players, managers and executives. 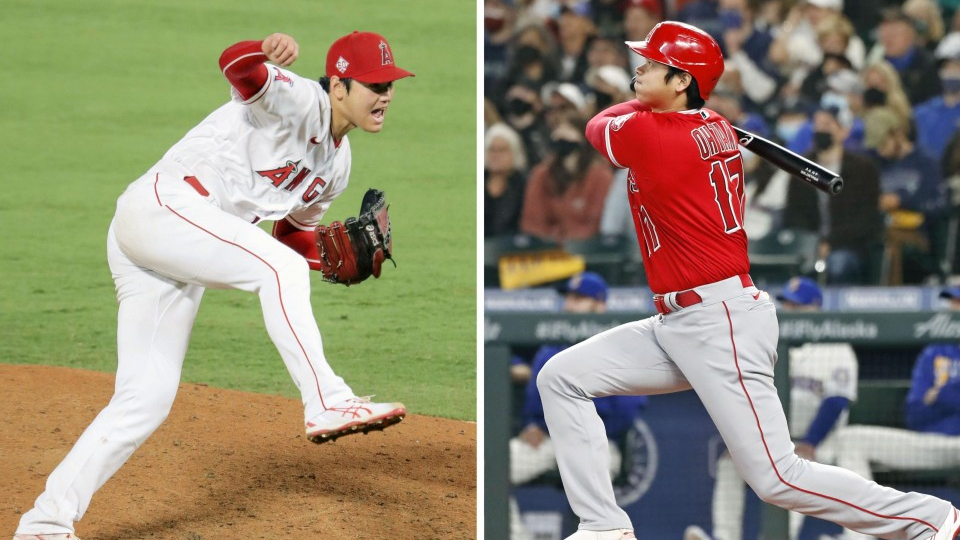 Combined photo shows Los Angeles Angels two-way player Shohei Ohtani pitching (L) en route to his ninth win of the season in Anaheim on Sept. 3, 2021, and hitting his 46th home run of the season in Seattle on Oct. 3. (Kyodo) ==Kyodo

Ohtani is the first player to dominate on the mound and at the plate since the legendary Babe Ruth almost 100 years ago.

In the lineup as a designated hitter, Ohtani hit 46 home runs, the third-most in the majors, and had 100 RBIs and 103 runs scored. He became the only player in history with at least 45 home runs, eight triples, 25 doubles and 25 stolen bases in one season.

Ohtani narrowly missed out on the home run crown, but the Angels All-Star is widely expected to win his first AL MVP award this fall.

The AL MVP award will be voted on by the 30 members of the Baseball Writers' Association of America and the results will likely be announced in November.