Takeshi Sasaki, Saki Niizoe and Kenta Nagasawa won gold at the International Judo Federation's Paris Grand Slam on Sunday, as Japan finished the tournament on top of the medal table.

Sasaki captured the men's 81-kilogram title with five straight ippon victories, culminating with a win over Georgian world No. 1 Tato Grigalashvili in the final at AccorHotels Arena. 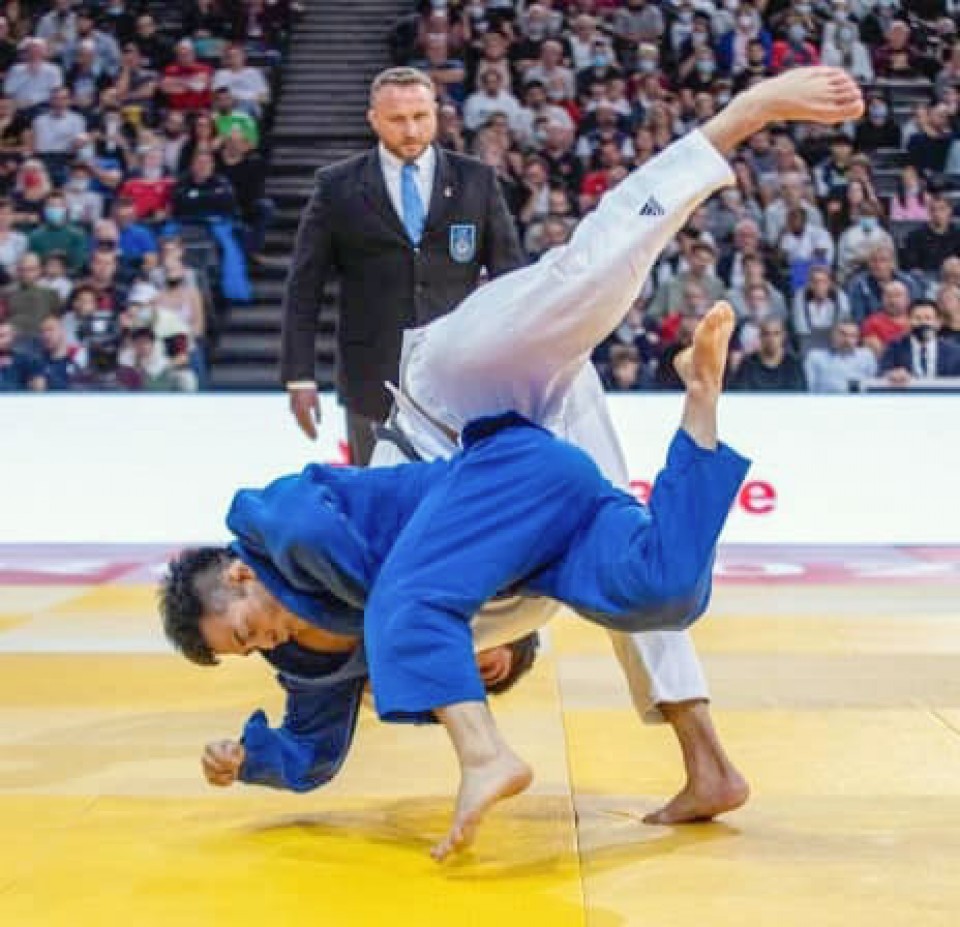 Niizoe also bested a world No. 1 on her way to the women's 70-kg crown, pinning Croatia's Barbara Matic in the title bout.

Nagasawa outpointed Russian Khusen Khalmurzaev in the men's 90-kg final, executing the decisive waza-ari in the dying seconds of regulation.

The Japanese team, which did not include any participants from this summer's Tokyo Olympics, finished the 50th edition of the IJF event with seven gold, two silver and two bronze.