List, director at the Max Planck Institute for Coal Research, and MacMillan, a professor at Princeton University, showed that organic catalysts can be used to drive multitudes of chemical reactions, a discovery that "has had a great impact on pharmaceutical research, and has made chemistry greener," the academy said in a release. 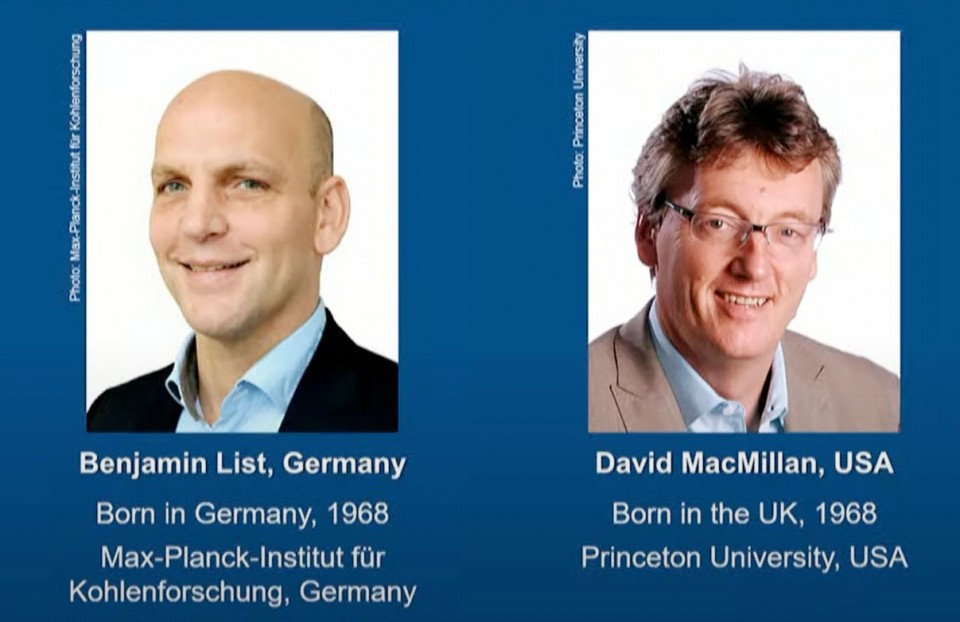 Screenshot taken from a live stream on the Nobel Prize official website shows Benjamin List and David MacMillan as they are announced as the winners of the 2021 Nobel Prize in Chemistry. (Kyodo)

Catalysts, substances that control and accelerate chemical reactions without becoming part of the final product, are essential for many areas of research and industry.

Researchers have long believed that there were only two types available -- metals and enzymes, but List and MacMillan, both born in 1968, independently developed a third type known as asymmetric organocatalysis, which builds on small organic molecules.

"This concept for catalysis is as simple as it is ingenious, and the fact is that many people have wondered why we didn't think of it earlier," said Johan Aqvist, chair of the Nobel Committee for Chemistry.

The prize money of 10 million kronor ($1.13 million) will be split equally between the laureates.