Princess Mako's boyfriend Kei Komuro visited her parents Monday ahead of their controversy-hit marriage later this month, as the couple reunited for the first time in more than three years amid huge media attention.

During a meeting at the Akasaka Estate, Komuro, 30, is believed to have explained to Crown Prince Fumihito and Crown Princess Kiko his response to an unresolved financial dispute involving his mother that led to his marriage to Princess Mako being postponed for nearly three years. 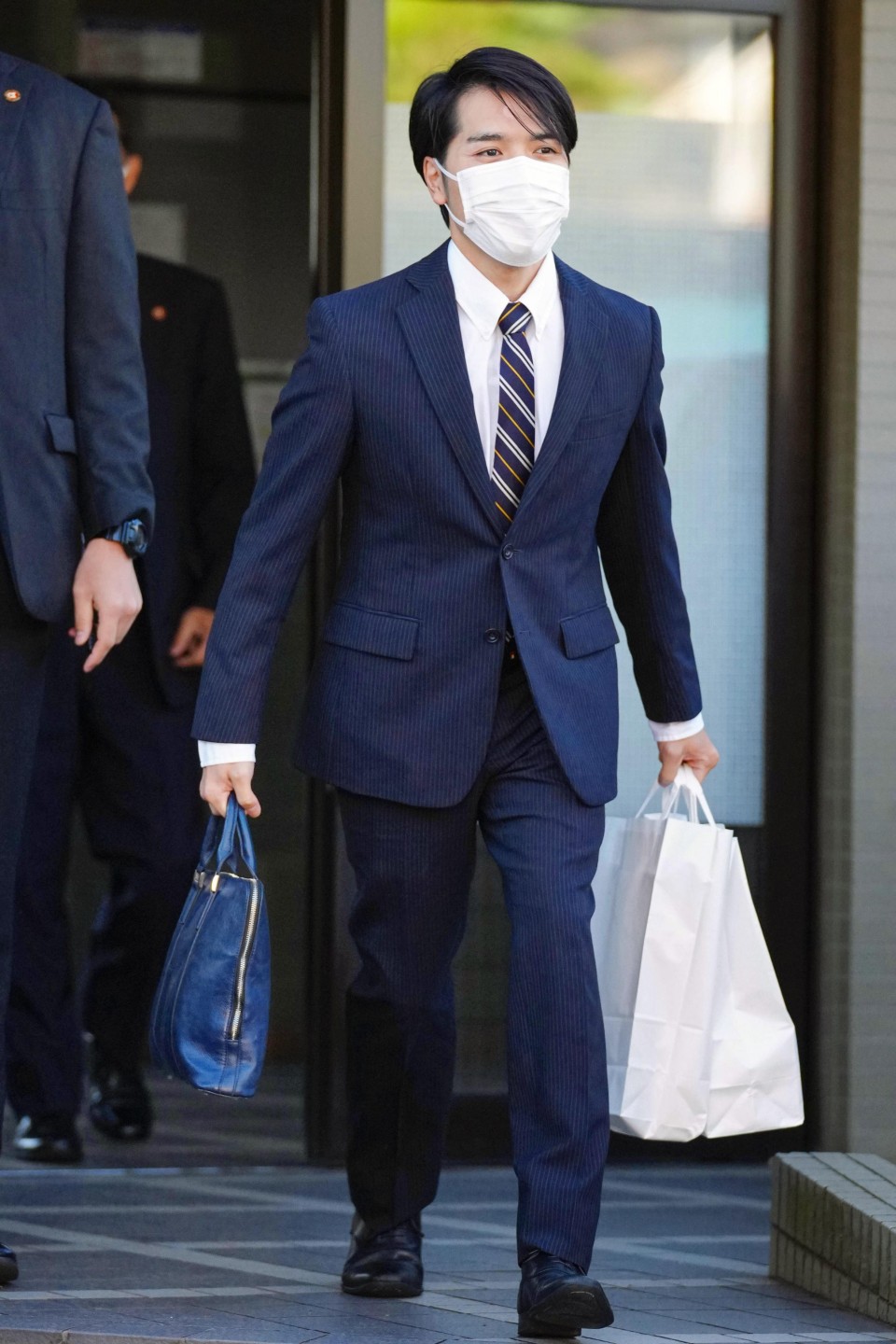 Japanese Princess Mako's commoner boyfriend Kei Komuro leaves his house in Yokohama to meet her parents in Tokyo on Oct. 18, 2021. The couple is preparing to marry on Oct. 26. (Pool photo) (Kyodo) ==Kyodo

The princess's university sweetheart came back to Japan last month from the United States, where he has been working at a law firm since graduating from law school. He is also believed to have told the parents of the princess about his life in New York, where the two are planning to settle after their marriage on Oct. 26.

Earlier in the morning, Komuro, wearing a suit and necktie, left his mother's house near Tokyo, which was being guarded by over 30 police personnel, and bowed to some 40 members of the press waiting outside. The ponytail he had sported after his return from the United States, creating a media frenzy, had been cut off.

Around 60 media personnel waited for Komuro's arrival at the entrance of the Akasaka Estate, while at least one helicopter belonging to a news organization was seen flying above to record the view.

Some passersby also stopped to catch a glimpse of Komuro, taking pictures using their smartphones.

Chief Cabinet Secretary Hirokazu Matsuno expressed the government's congratulations on the couple's upcoming marriage, saying at a press conference, "We extend our sincere wishes for many more years of happiness and greater prosperity to the imperial family."

The trouble between his mother and her former fiance over 4 million yen ($35,000), including money spent on Komuro's education, has stirred public controversy and dampened the celebratory mood around the couple's impending marriage in Japan.

Komuro returned to Japan in late September for the first time since leaving for New York in August 2018 to study at Fordham University's law school. He graduated with a Juris Doctor degree in May this year.

An Imperial Household Agency official will submit legal papers to register the couple's marriage on Oct. 26 on behalf of Princess Mako, 29, a niece of Emperor Naruhito, and Komuro. The two are scheduled to hold a joint press conference later that day at a Tokyo hotel.

The princess, who will lose her royal status after marrying her commoner boyfriend, will move out of the Akasaka Estate on the same day after the marriage is registered.

Amid public unease over the marriage due to the money dispute on the Komuro family side, the traditional ceremonies associated with royal family members' weddings such as "Choken no Gi," an official meeting with the emperor and the empress prior to marriage, will not be held.

While female imperial family members traditionally receive a lump-sum payment of up to around 150 million yen in taxpayers' money upon their departure from the household, the agency said it has accepted Princess Mako's request not to receive such a payment.

The unprecedented decisions come as the crown prince maintains the view that the marriage is not supported by many Japanese and therefore the traditional ceremonies cannot be held.

In lieu of the rites, the princess will meet with Emperor Naruhito and his wife, Empress Masako, at the Imperial Palace next Friday as well as her grandparents -- former Emperor Akihito and former Empress Michiko -- on Oct. 25, according to the agency.

On Oct. 26, the couple plan to face the press for the first time in about four years since the revelation of the money issue on the Komuro family side.

Komuro and the princess got unofficially engaged in September 2017, with their wedding initially scheduled for Nov. 4, 2018, but the agency announced in February the same year the postponement of ritual ceremonies following reports detailing the financial trouble between Komuro's mother and the former fiance.

The agency revealed earlier this month the princess has been diagnosed with complex post-traumatic stress disorder caused by what she described as psychological abuse the couple and their families received.

Complex PTSD develops in response to prolonged and repeated experience of trauma including verbal abuse and cyberbullying, according to Tsuyoshi Akiyama, a psychiatrist who diagnosed the princess. The couple has often been subjected to derogatory comments on social media. 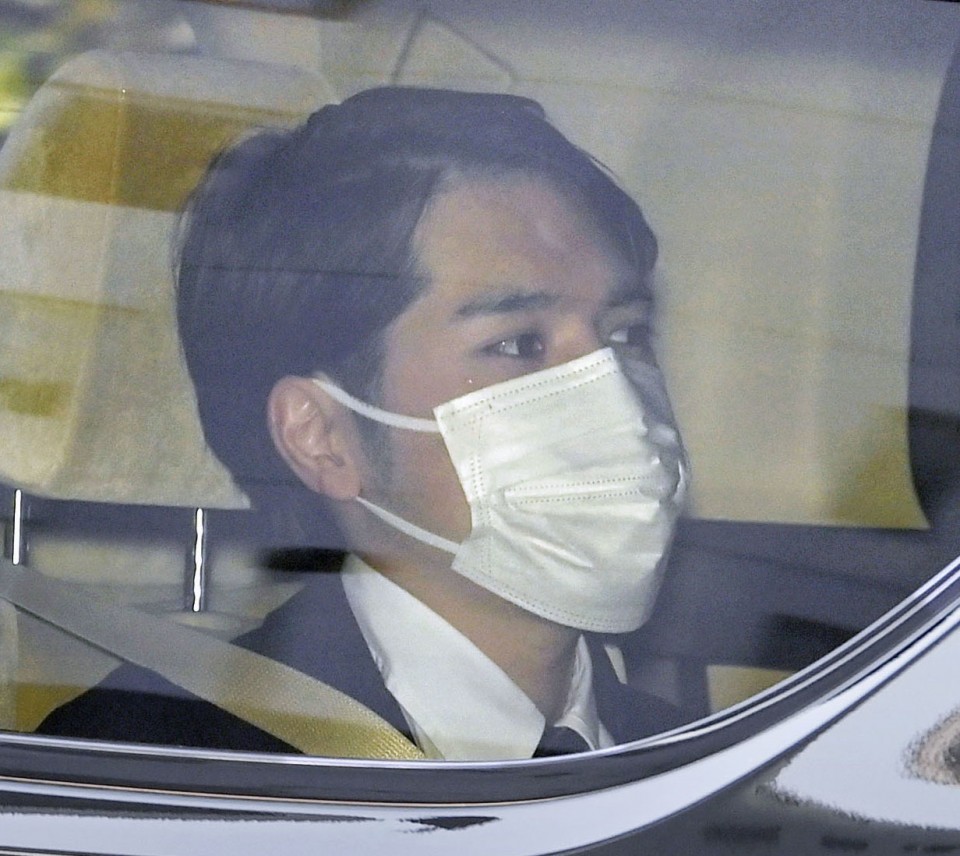 Japanese Princess Mako's commoner boyfriend Kei Komuro arrives at the Akasaka Estate in Tokyo to meet her parents on Oct. 18, 2021. The couple is preparing to marry on Oct. 26. (Kyodo) ==Kyodo 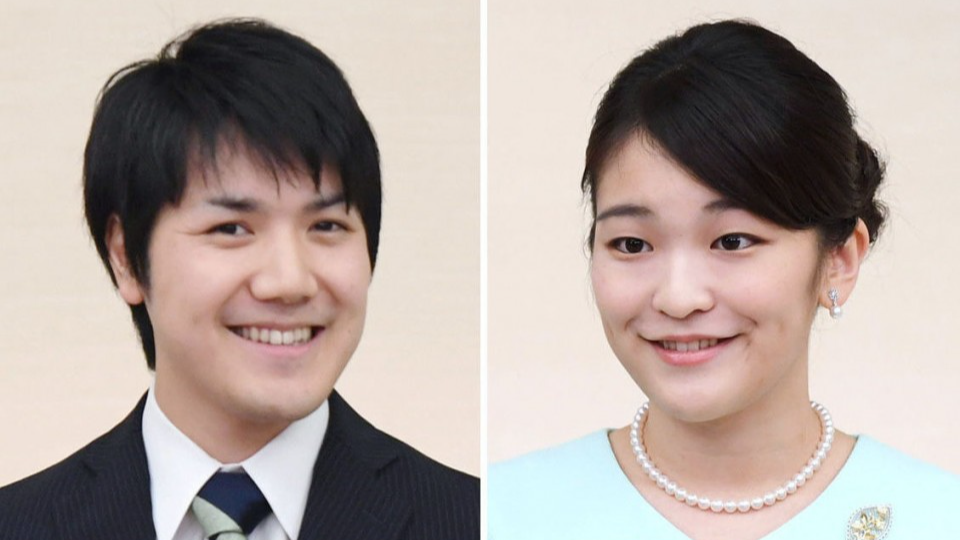