An earthquake with a magnitude of 5.9 struck northeastern Japan early Wednesday, leaving three people injured, but there was no threat of a tsunami and no major property damage reported, the weather agency and local authorities said.

The quake occurred at 2:46 a.m., logging upper 5 on the Japanese seismic intensity scale of 7 in Hashikami, Aomori Prefecture, with the focus in the Pacific Ocean off Iwate Prefecture at a depth of about 56 kilometers, the Japan Meteorological Agency said. 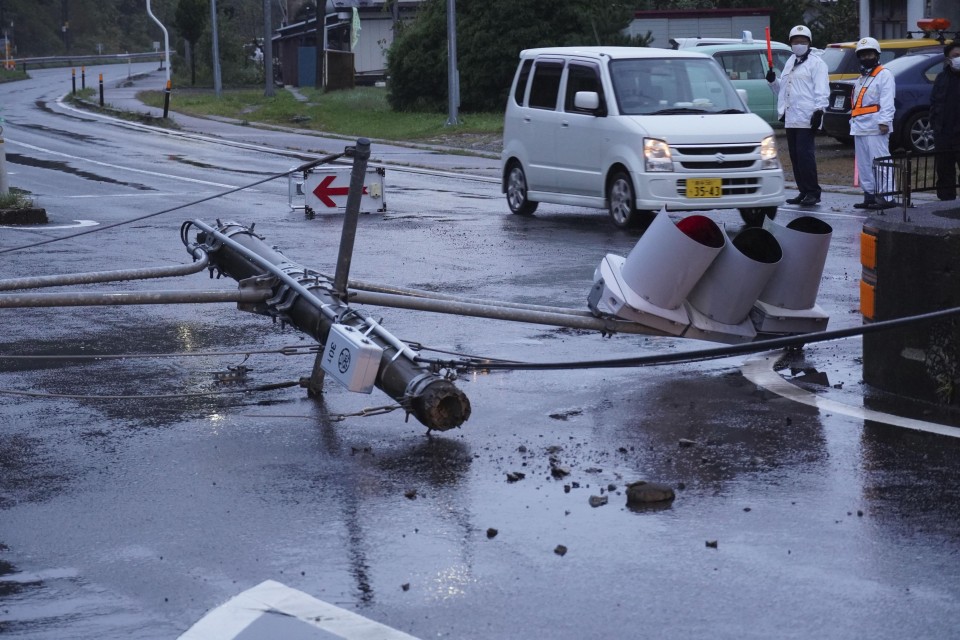 Traffic lights collapse on the road due to an earthquake in Iwate Prefecture on Oct. 6, 2021. (Kyodo)

At the intensity level of upper 5, many people find it hard to move and walking is difficult without holding onto something secured.

Following the earthquake, Tohoku Electric Power Co. said no abnormalities were found at its two nuclear power plants in Aomori and Miyagi prefectures.

The predawn quake prompted the central government to set up a liaison office at the prime minister's office to gather information.

The weather agency initially reported a magnitude of 6.0, but later revised it downward to 5.9, while correcting the depth of the focus to 56 km from 50 km. 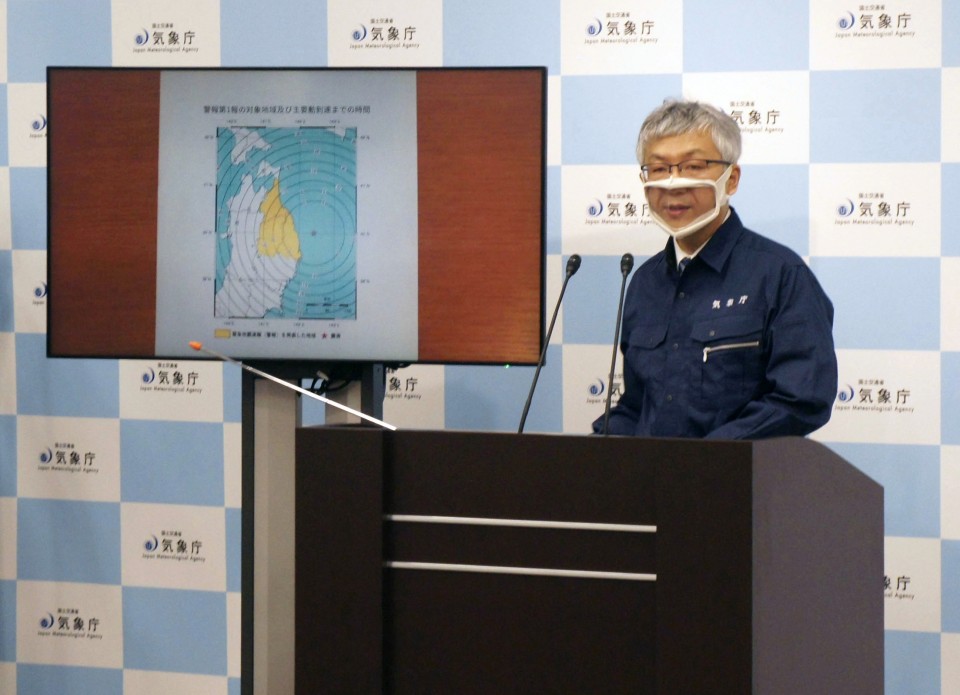 An official from the Japan Meteorological Agency briefs reporters in Tokyo about a magnitude 5.9 earthquake that hit northeastern Japan on Oct. 6, 2021. (Kyodo)

The temblor also registered lower 5 in Iwate Prefecture and part of Aomori Prefecture, according to the weather agency. The quake was also felt in some areas of Hokkaido, Japan's northernmost main island.

The weather agency warned of the possibility of additional earthquakes registering seismic intensity as high as upper 5 within a week, noting the greatest risk will be in the coming few days.