Kei Komuro, Princess Mako's groom, known as a polite and upstanding man by people close to him, is pursuing a legal career in the United States.

The 30-year-old former paralegal at a Tokyo law firm started working at a law firm in New York after he graduated from Fordham University's law school with a Juris Doctor degree in May.

Komuro took the New York state bar examination in July and is expected to know the result by mid-December. He recently won a writing competition sponsored by the New York State Bar Association for law school students, according to its website.

He returned to Japan from the United States in September for the first time in three years, causing a media frenzy as he was spotted sporting a ponytail. When he visited Princess Mako's parents several weeks later, in a dark suit, the ponytail was shorn. 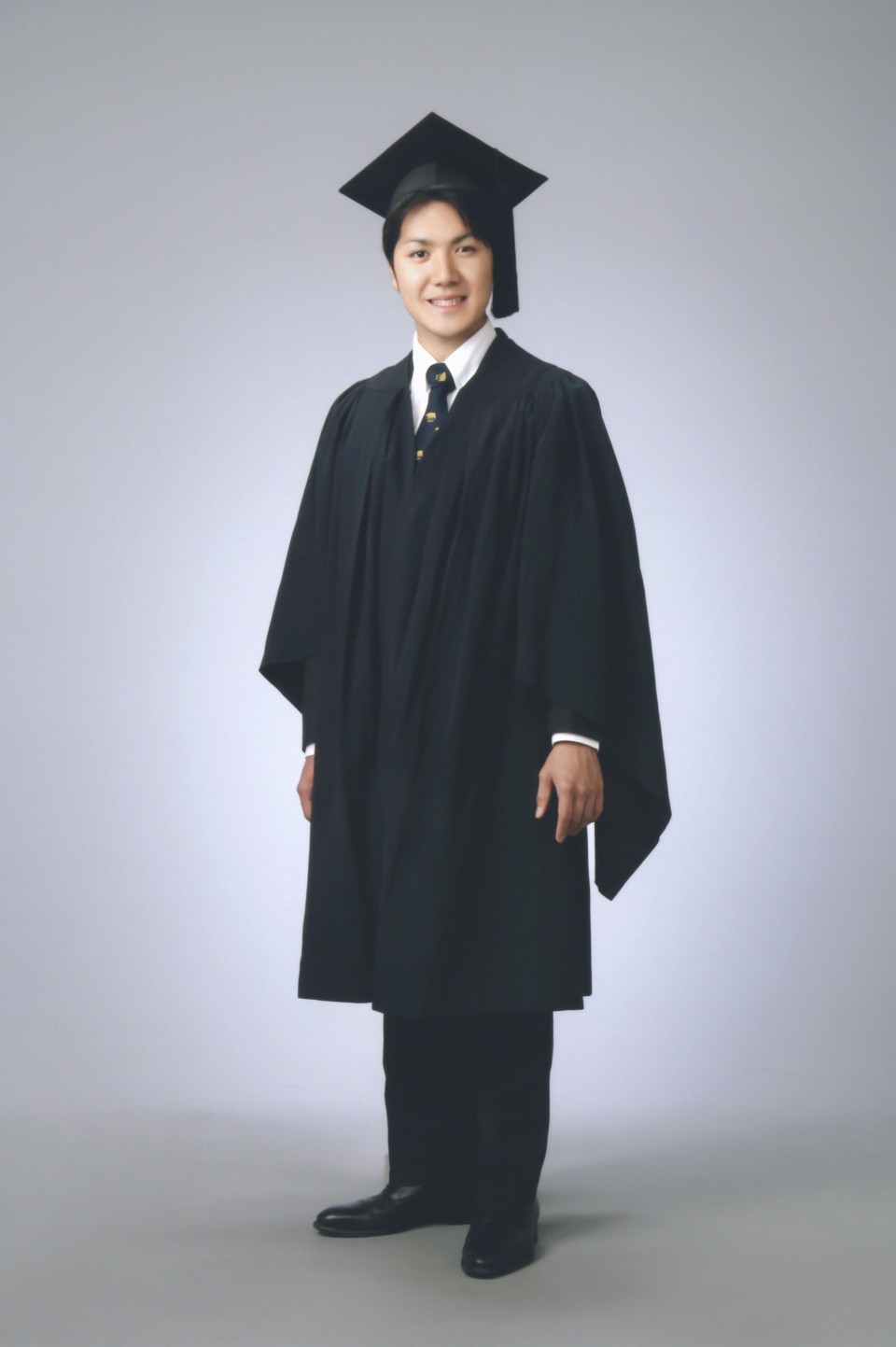 File photo shows Kei Komuro at age 22 in 2014 upon his graduation from International Christian University in Tokyo. (Photo courtesy of Kei Komuro)(Kyodo)

Born on Oct. 5, 1991, Komuro studied at an international junior and senior high school, and at International Christian University in Tokyo before heading to the United States.

During his years at ICU, where he met the princess, Komuro was picked in 2010 as "Prince of the Sea" to lead a tourism campaign for the coastal town of Fujisawa, Kanagawa Prefecture, for a year.

He also worked part-time at a French restaurant and a cram school. He asked the princess to marry him when he was a university student.

After his father died when he was in elementary school, he was raised by his mother Kayo, who was later found involved in a dispute with her former fiance for not returning some 4 million yen ($35,000) in financial support.

Since the financial dispute was reported by weekly magazines, Komuro released a statement in an effort to clarify the matter and expressed his resolve to marry the princess.