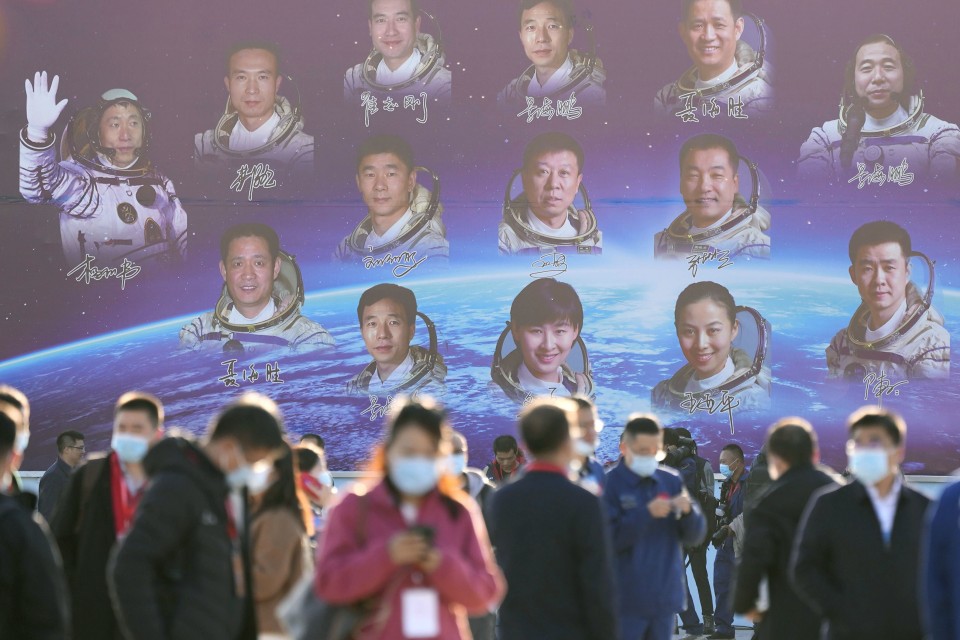 Photos of astronauts are seen on a wall at the Jiuquan Satellite Launch Center in China's northwestern Gansu Province on Oct. 14, 2021. (Kyodo) ==Kyodo

RIKUZENTAKATA, Japan - Prime Minister Fumio Kishida on Saturday visited Japan's northeastern region for the first time since taking office to check on the progress of reconstruction in areas devastated by the March 2011 earthquake and tsunami.

Kishida, who became prime minister earlier this month, offered flowers and prayed at a tsunami memorial park in the coastal city of Rikuzentakata, Iwate Prefecture, the first stop on his visit to the region to also hold discussions with local people.

The ministers made the unprecedented decision at an emergency online meeting Friday, amid a lack of cooperation from the junta, especially its failure to accept the visit by a special ASEAN envoy on Myanmar.

WASHINGTON - The United States will require coronavirus vaccination for foreign travelers entering the country by air or land, with the measure set to take effect Nov. 8, the White House said Friday.

The announcement marks a shift from current bans limiting entry for non-U.S. citizens from China, Europe and some other countries to a vaccine requirement for all foreign air travelers.

WASHINGTON - Japan on Friday called on international financial institutions to continue supporting natural gas projects in developing countries if they are deemed in each case to be the most effective means to reduce greenhouse emissions.

The proposal was made during a virtual meeting of the Development Committee, a joint panel of the World Bank and the International Monetary Fund, according to the Japanese government.

KOBE - A 28-year-old woman was stabbed to death on Friday in the compound of her apartment in the western Japan city of Amagasaki with a suspect apparently fleeing on a motor scooter, police said.

Sayaka Morimoto was found lying face-down with multiple stab wounds in her back near a bicycle parking area, an investigative source said, adding she and the suspect are believed to have known each other. A delivery man called an ambulance at around 8:20 p.m. saying that "a man possibly in his 20s or 30s is stabbing" the woman.