The ruling Liberal Democratic Party's new leader Fumio Kishida, who will be appointed prime minister next week, is likely to dissolve the lower house on Oct. 14 for a general election either on Nov. 7 or 14, people close to him said Friday.

Kishida will form his Cabinet on Monday after he is elected prime minister at the start of an extraordinary session of parliament.

With the current four-year terms of House of Representatives members set to expire Oct. 21, Kishida has the option of either dissolving the lower house or letting them serve out their tenure before holding the general election.

Kishida is increasingly leaning toward the former, the people said.

After launching his government, Kishida is expected to spend the following days delivering his first policy speech to parliament and answering questions from other party leaders.

The LDP and the main opposition Constitutional Democratic Party of Japan agreed Friday to end the extraordinary session on Oct. 14.

If Kishida dissolves the lower house the same day, campaigning for the general election will start on either Oct. 26 or Nov. 2, with votes to be cast Nov. 7 or 14.

This means the campaigning period could coincide with a Group of 20 summit in Rome at the end of October, which Kishida has expressed a desire to attend. 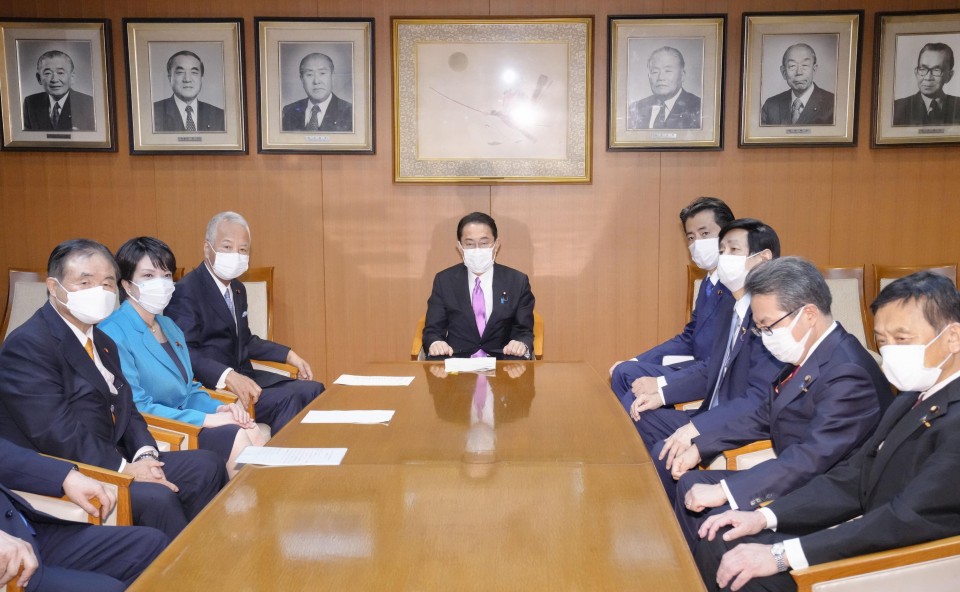