Russia's Alexandra Trusova opened the Winter Olympic season with a title at Skate America on Sunday, but Japan missed out on a women's singles podium in the first Grand Prix event of the 2021-2022 figure skating schedule.

Kaori Sakamoto's fourth place was Japan's best result at Orleans Arena on Sunday. Trusova landed a quad Lutz and seven triple jumps, receiving a score of 154.68 points for her free skate performance and earning a total competition score of 232.37 points. 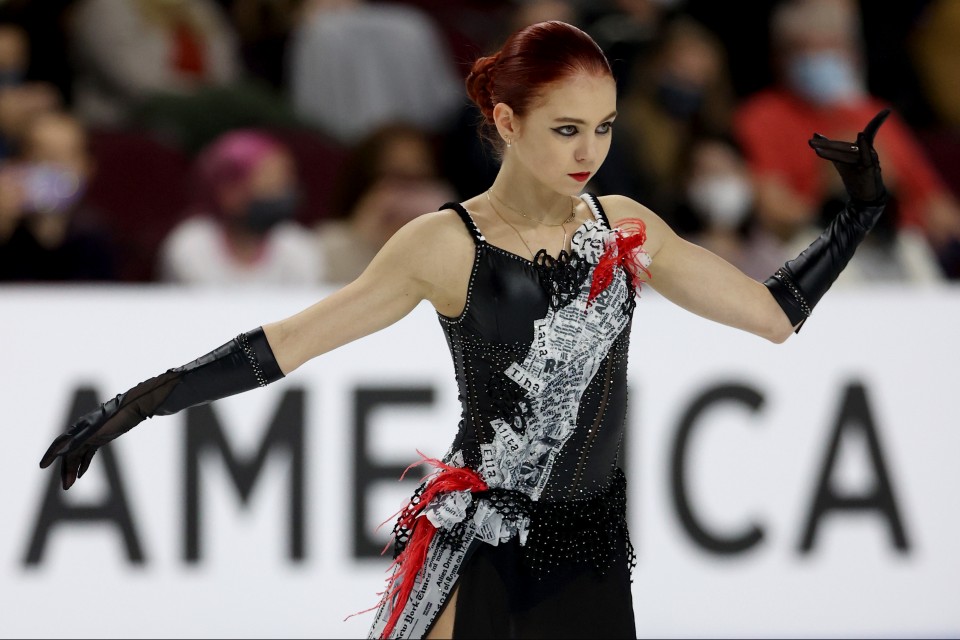 Alexandra Trusova of Russia skates in the women's Free Skate during the ISU Grand Prix of Figure Skating - Skate America at Orleans Arena on Oct. 24, 2021 in Las Vegas, Nevada. (ISU/Getty/Kyodo)

Trusova's Russian training partner Daria Usacheva, who was second after the short program, held on for second place despite finishing fourth in the free skate. South Korea's You Young took third, scoring a season-best 146.24 points for a total of 216.97.

"I'm starting to get the feel of it in practice. That showed today, so I'm really relieved. I have to put on an error-free short program and more consistent free skate next time," Sakamoto said.

The other Japanese skaters, Satoko Miyahara and Yuhana Yokoi, finished seventh and 11th, respectively, out of 12 skaters. 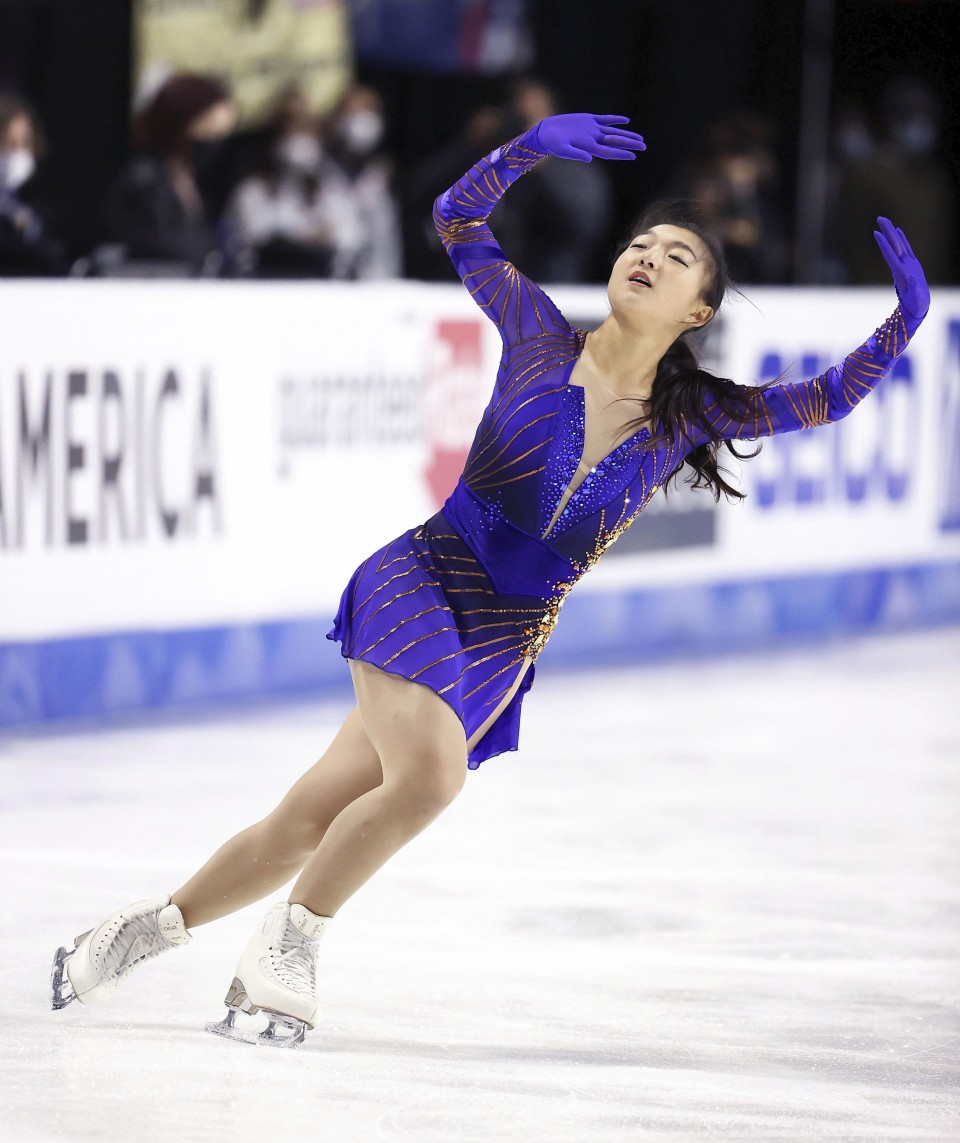 Kaori Sakamoto of Japan competes in the women's Free Skate during the ISU Grand Prix of Figure Skating - Skate America at Orleans Arena on Oct. 24, 2021 in Las Vegas, Nevada. (Getty/Kyodo)

Skate America marked the first of six Grand Prix Series events this season, with Skate Canada set for next week. The Grand Prix Final in mid-December will feature the best six skaters or teams from each discipline.

The national bodies will name their Olympic teams for the Beijing Games after the national championships in late December and early January.