Over 99 percent of residents aged 12 and over in Australia's capital region have received a first dose of a coronavirus vaccine, officials said Friday, putting Canberra on course to become the most vaccinated city in the world.

In the Australian Capital Territory, where Canberra is located, 76 percent of the population aged 12 and over has been fully inoculated, with local media reporting that the city is set to surpass the Portuguese capital Lisbon and Singapore to take the top spot next month as almost 100 percent of its eligible population is expected to be fully vaccinated by the end of November. 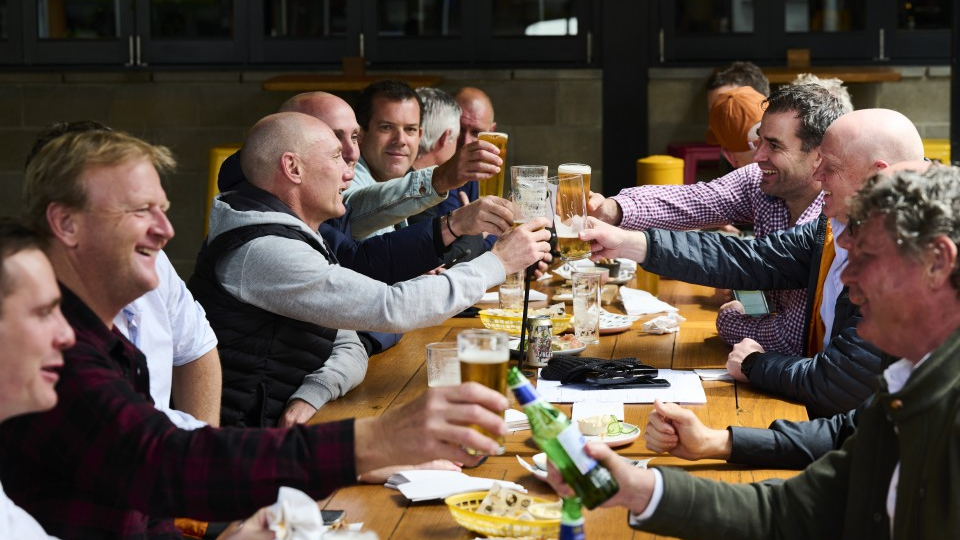 Patrons enjoying beers in the beer garden at Hopscotch Bar in Braddon on Oct. 15, 2021 in Canberra, Australia. (Getty/Kyodo)

Local media are partially crediting Canberra's population, one of the most educated and highly paid in the country, with the city's high vaccination rate. Many of the city's 460,000 residents work for the nation's government or defense.

The news came as the capital region ended a nine-week lockdown on Friday, easing a number of restrictions including allowing pubs, restaurants, gyms, entertainment centers and hairdressers to reopen under strict density limits.

Meanwhile, the neighboring state of New South Wales, of which Sydney is the capital, announced Friday that international travelers will no longer need to undergo any form of quarantine when entering the state from Nov. 1.

Australian Prime Minister Scott Morrison stressed in a press conference the same day that the reopening of international borders from next month will only apply to Australian citizens, permanent residents and their immediate family members, but it will be extended to foreign travelers in the future.