Japan's Hideki Matsuyama moved into position for his seventh PGA Tour win Saturday at the Zozo Championship, shooting a 2-under 68 to take a one-stroke lead into the final round, but could not hide his sense of frustration.

The local favorite carded four birdies before just missing a par putt on No. 18 for his second bogey, finishing the day with a three-round total of 10-under-par 200 at Narashino Country Club in Chiba Prefecture. 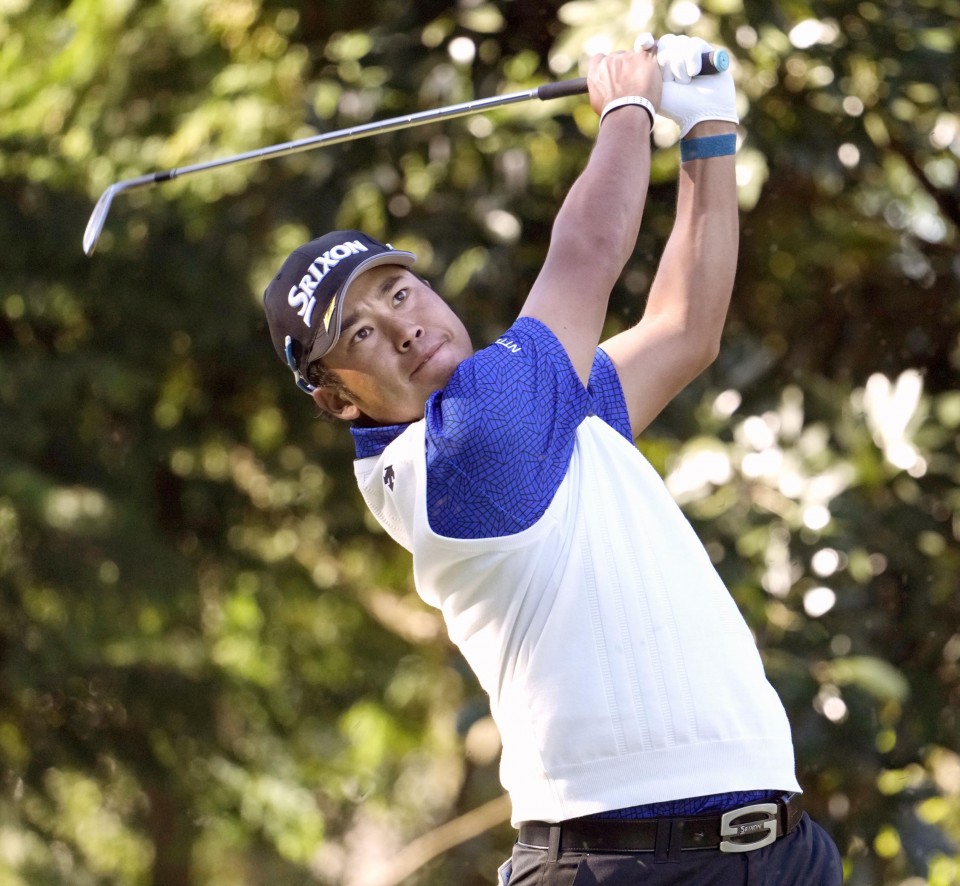 Hideki Matsuyama hits his tee shot on the 13th hole during third-round play of the Zozo Championship at Narashino Country Club in Chiba Prefecture on Oct. 23, 2021. (Kyodo)

"I think I managed to play well," Matsuyama said, despite an expression that displayed dissatisfaction.

The late miss allowed his closest challenger, American Cameron Tringale, to keep pace with a birdie on the final hole after starting the day one back.

Matsuyama sank a seven-foot birdie putt on No. 2 and 10 footers on Nos. 9 and 16 and made six fewer putts than he had in Friday's second round. Poor tee shots, however, held him back. Matsuyama dropped his tee shot on the Par-3 fifth hole into the water and hooked his tee shot on No. 18.

"My form was not good," he said. "I think what I need from myself to be considered satisfactory and what others expect are two different things."