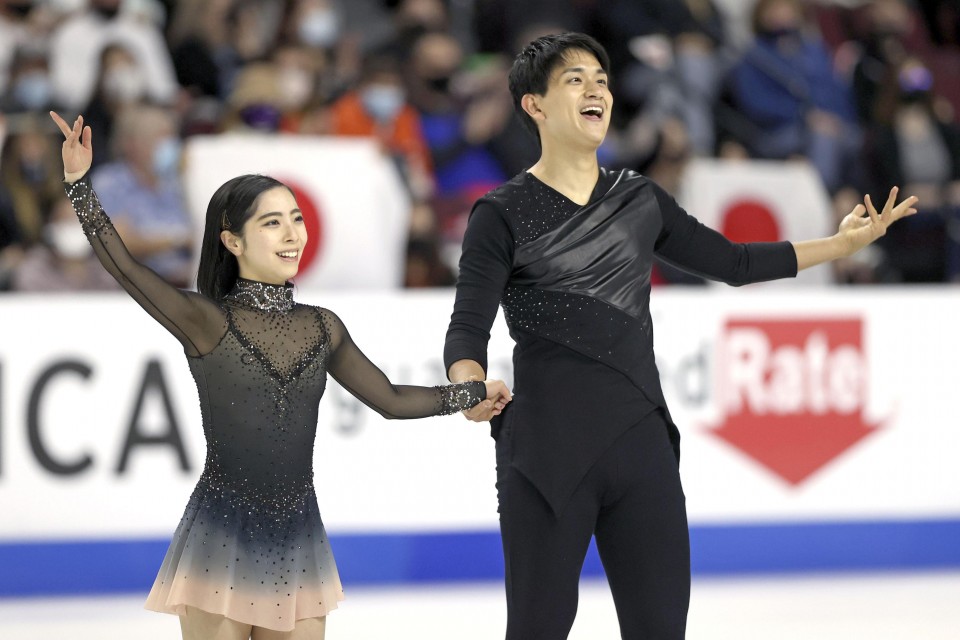 Riku Miura and Ryuichi Kihara of Japan skate in the Pairs Free Skate during the ISU Grand Prix of Figure Skating - Skate America at Orleans Arena on Oct. 23, 2021 in Las Vegas, Nevada. (ISU/Getty/Kyodo)

Miura and Kihara were third after Friday's short program at Orleans Arena, and third in their free skate. Russians Evgenia Tarasova and Vladimir Morozov won both to finish with 222.50 points.

Miura and Kihara totaled 208.20 to overtake Aleksandra Boikova and Dmitrii Kozlovskii in the free skate. The Russian world bronze medalists were second in the short program but fell to fourth in the free skate. 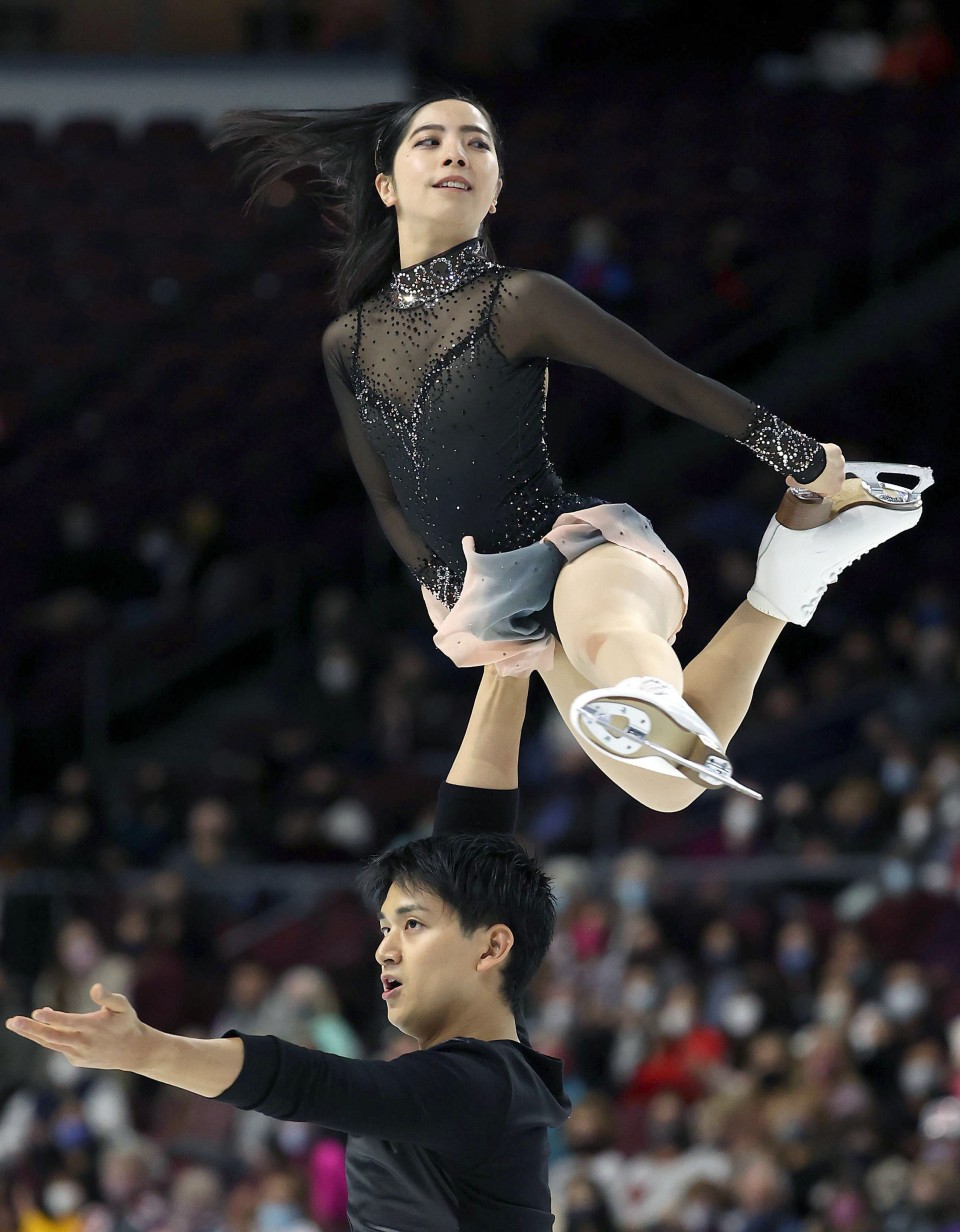 Riku Miura and Ryuichi Kihara of Japan compete in the Pairs Free Program during the ISU Grand Prix of Figure Skating - Skate America at Orleans Arena on Oct. 23, 2021 in Las Vegas, Nevada. (Getty/Kyodo)

"It was quite tough, but I'm glad we never gave up," Kihara said after competing in the Grand Prix circuit's first medal event. "We still have much to work on, but I want to do my best as we work toward our next event."

Miura said they gave it their all.

"Even factoring in our mistakes, I think we did as well as we could," she said. "The best thing was my ability to put two jumps together. Our skating has been improving by leaps and bounds."

Later in the day, Uno, a four-time Grand Prix Final medalist, was second in the short program and third in the free skate, but edged out three-time defending world champion Nathan Chen of the United States for second place.

Sakamoto under-rotated on her triple flip-triple toeloop combination but kept herself in contention with 71.16 points.

"That (triple) flip turning into a double was a costly mistake. I was prepared for a score under 70, so 71 gives me hope. I'll stay positive and do my best," said Sakamoto as she looked ahead to Sunday's free skate.

Skate America is the first of six events in the ISU Grand Prix of Figure Skating Series. Skaters earn points throughout the series to qualify for the Grand Prix Final to be held in Osaka in December.