If realized, it will be the first opportunity for Kishida, who took office on Oct. 4, to speak to Moon. Bilateral relations have been at their lowest point in decades due to disputes over wartime and other issues. 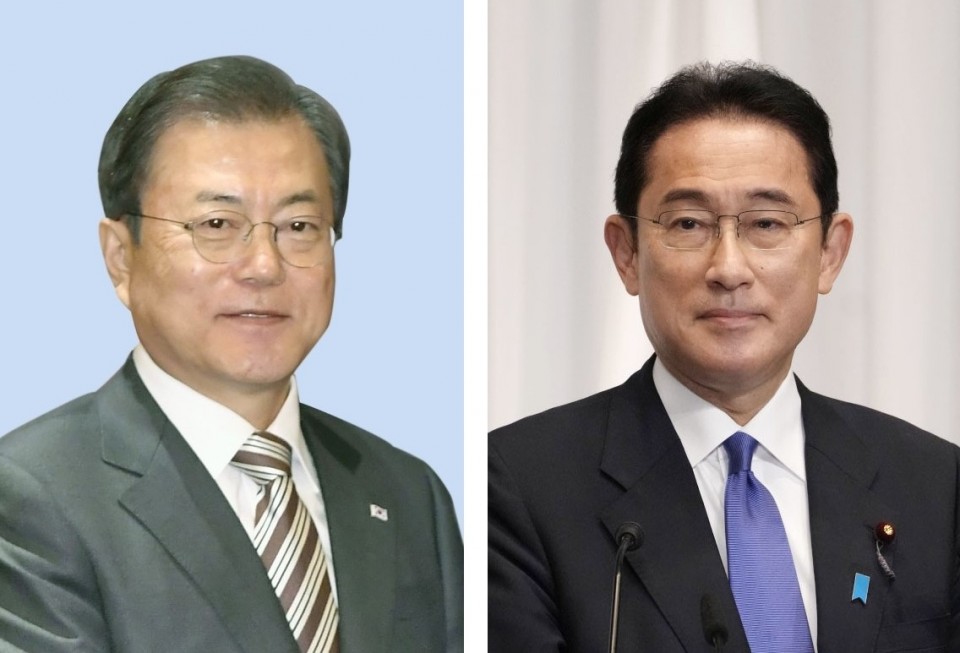 Reflecting the soured ties, Kishida's predecessor Yoshihide Suga completed his one-year tenure without ever holding a formal meeting with Moon. Suga and Moon only greeted each other on the sidelines of the Group of Seven summit in Britain in June.

During a House of Councillors plenary session, Kishida said Japan's relationship with South Korea should not be left as it is, while indicating that no immediate breakthrough is in sight.

"I strongly urge the South Korean side to present an acceptable solution at an early date to bring Japan and South Korea back to healthy relations," he said.

Relations between the two countries sharply deteriorated after the South Korean Supreme Court rulings in 2018 that ordered the seizure of assets of Japanese companies as compensation for colonial-era labor performed by Korean nationals.

Japan takes the position that all claims connected to its 1910-1945 colonial rule of the Korean Peninsula were "completely and finally" settled by a 1965 bilateral accord under which South Korea received financial assistance.

The strained relationship between Tokyo and Seoul has been a headache for the United States as both countries are key allies for Washington, particularly in dealing with threats from North Korea's nuclear and missile development.