Prime Minister Fumio Kishida on Saturday visited Japan's northeastern region for the first time since taking office to check on the progress of reconstruction in areas devastated by the March 2011 earthquake and tsunami.

Kishida, who became prime minister earlier this month, offered flowers and prayed at a tsunami memorial park in the coastal city of Rikuzentakata, Iwate Prefecture, the first stop on his visit to the region to also hold discussions with local people. 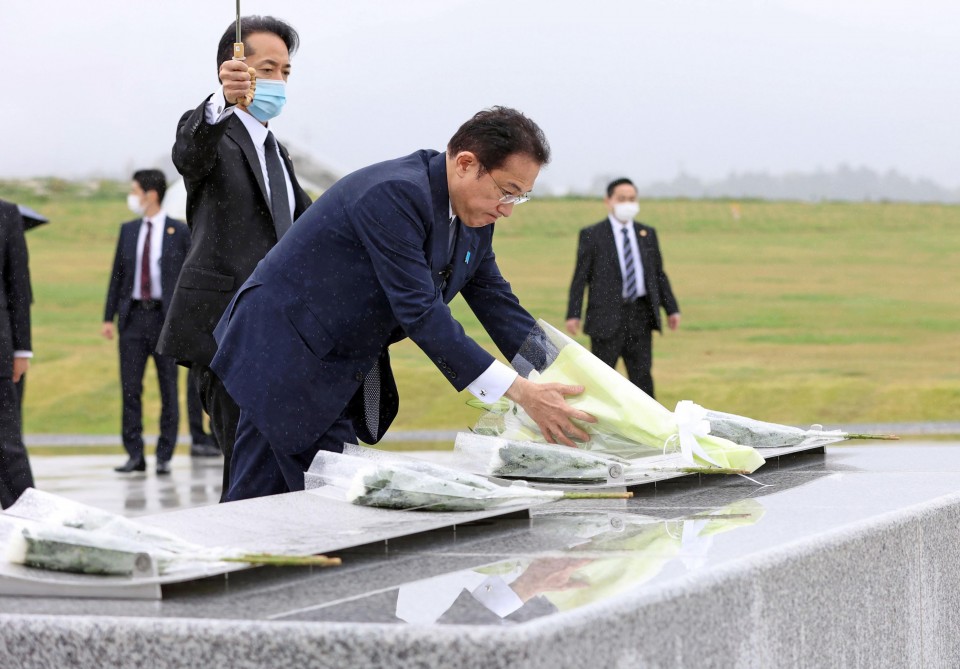 Japanese Prime Minister Fumio Kishida offers flowers at a memorial park in Rikuzentakata, Iwate Prefecture, on Oct. 16, 2021, for the victims of the March 2011 earthquake and tsunami disaster. (Pool photo)(Kyodo)

In the nearby city of Ofunato, he spoke with people in the fisheries sector, saying, "I would like to take back the opinions and incorporate them in my economic policy."

After visiting Miyagi Prefecture in the afternoon, he is scheduled to travel to Fukushima Prefecture on Sunday and inspect the Fukushima Daiichi nuclear power plant, which suffered multiple meltdowns triggered by the magnitude-9.0 quake and subsequent tsunami.

Kishida became prime minister on Oct. 4, days after he won the leadership election of the Liberal Democratic Party. He dissolved the House of Representatives on Thursday for a general election on Oct. 31, seeking a public mandate for his new government. 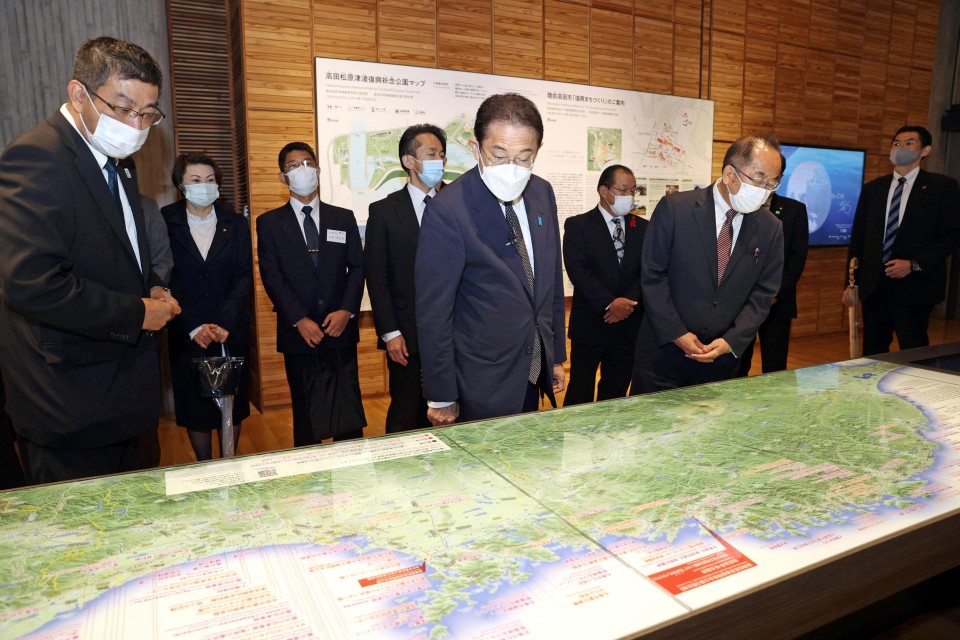 In its campaign platform, the ruling party said it will speed up efforts to rebuild the northeastern region.

"Without reconstruction from the Great East Japan Earthquake, there will be no revival of Japan," Kishida said of the March 2011 disaster in his first policy speech in parliament last week.

"In keeping with my strong feelings on this, we will work exhaustively to realize assistance for victims of the disaster, the rebuilding of industries and livelihoods, and the reconstruction and revival of Fukushima."

Kishida has set a lower house majority of 233 seats for the LDP and its ruling coalition partner Komeito as a minimum target for the election. The two parties held 305 seats in the lower chamber before it was dissolved.