The Olympic flame for the 2022 Beijing Winter Games arrived in the Chinese capital on Wednesday from Athens, Greece, state-run media said, with fears lingering about another wave of novel coronavirus infections and the threat of a games boycott.

At a welcoming ceremony held at the Olympic Tower, the president of the Beijing organizing committee took possession of the flame and lit a cauldron, according to the official Xinhua News Agency. 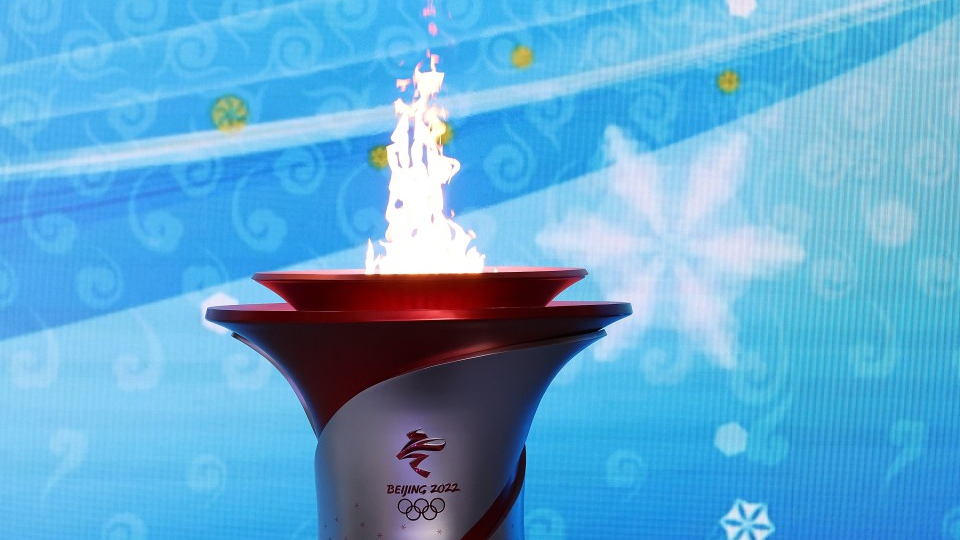 The Olympic flame is seen during the Beijing 2022 Olympic Flame Welcoming Ceremony at Beijing Olympic Tower on Oct. 20, 2021 in Beijing, China. (Getty/Kyodo)

A series of torch relay activities will be held under the slogan "Health, Joy and Energy" ahead of the Feb. 4 opening of the games, but the relay will be scaled back to ensure the health and safety of the public amid the coronavirus pandemic, the news agency said.

In China, the increase in new infections with the coronavirus that causes the COVID-19 disease apparently peaked in February 2020 on the back of the ruling Communist-led government's radical "zero corona" policy.

The flame was lit Monday in a ceremony at Ancient Olympia in western Greece and was handed over from the Hellenic Olympic Committee to the Beijing 2022 organizers at the Panathenaic Stadium in Athens the following day.

Protesters calling for a boycott of the games over human rights issues in China disrupted Monday's torch-lighting ceremony.

Rights groups in the United States and others opposed to the sporting event in Beijing have called attention to the Chinese government's treatment of Tibetan and Uyghur minorities.

Tuesday's edition of the Global Times, a tabloid of the Chinese Communist Party, quoted Ren Hai, a professor at the Olympic Research Center of Beijing Sports University, as saying, "China is showing more maturity and wisdom in dealing with accusations and boycott calls from the West."

Around 2,900 athletes, representing approximately 85 National Olympic Committees, are expected to compete in the upcoming games. The Beijing Winter Olympics will run through Feb. 20.