Family members of Japanese nationals abducted by North Korea in the 1970s and 1980s urged the government Monday to take the initiative on securing the return of the victims, following the launch of a new Cabinet under Prime Minister Fumio Kishida.

But some family members expressed disappointment as the Cabinet lacked members well versed in the long-standing issue, which has become more urgent in recent years as relatives are aging. 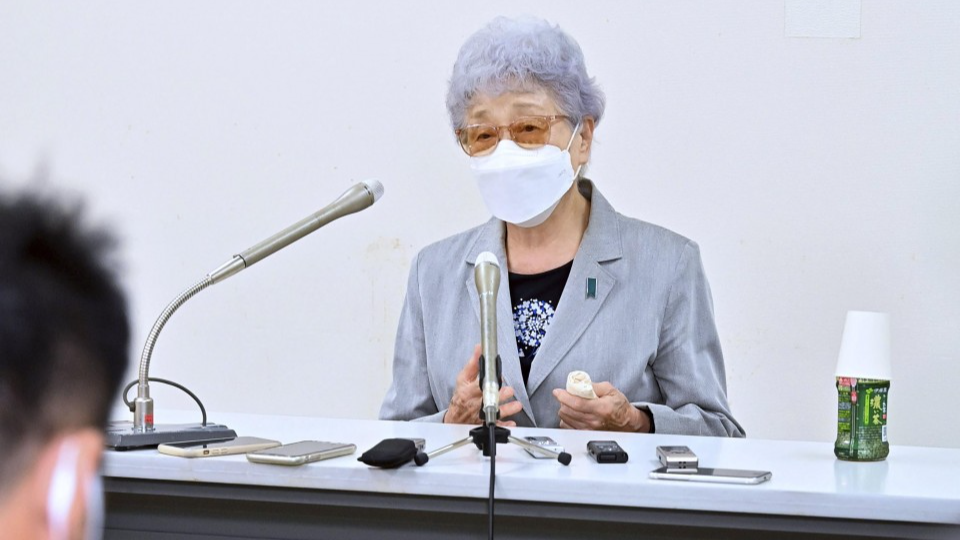 "I'm hoping (the new government will) definitely take action," Sakie Yokota, the 85-year-old mother of an abductee, told reporters, calling for the government to consider bringing back the victims as the "most important issue for the country."

Yokota's daughter Megumi was abducted on her way home from school in Niigata, a city on the Sea of Japan coast, at the age of 13 in 1977. Her husband Shigeru, who had been urging the government to take action, died last year.

Yokota said the issue had made little progress despite her numerous requests to previous prime ministers. She also expressed disappointment over how Hirokazu Matsuno, the new minister in charge of the abduction issue, doubles as chief Cabinet secretary.

"I feel like the issue has not been taken seriously," Yokota said.

"This is an issue that can't be resolved unless the prime minister, himself, takes the initiative," said Iizuka, who heads a group of families working to repatriate the victims from North Korea.

Japan officially lists 17 people as having been abducted by North Korea, of whom five have already been repatriated.

While Tokyo continues to seek the return of the remaining 12, Pyongyang has said that eight, including Megumi Yokota, have died and four others never entered the country.

Among the five allowed to return home, Kaoru Hasuike, 64, called for Kishida to use his experience as foreign minister to realize talks between Japan and North Korea.

"There is no time to spare. We hope from the bottom of our hearts that (the issue) will be fully resolved no matter what under the Kishida administration," Yasushi Chimura and his wife Fukie, both 66, said in a statement.