France will not support a new trilateral security partnership between Australia, Britain and the United States, known as AUKUS, said the country's envoy for the Indo-Pacific, voicing concern it could escalate tensions in the region at a time of fraught China-U.S. relations.

"The approach is not suitable for us," the envoy, Christophe Penot, said in a recent interview with Kyodo News, referring to the trilateral initiative that would help Australia acquire nuclear-powered submarines. 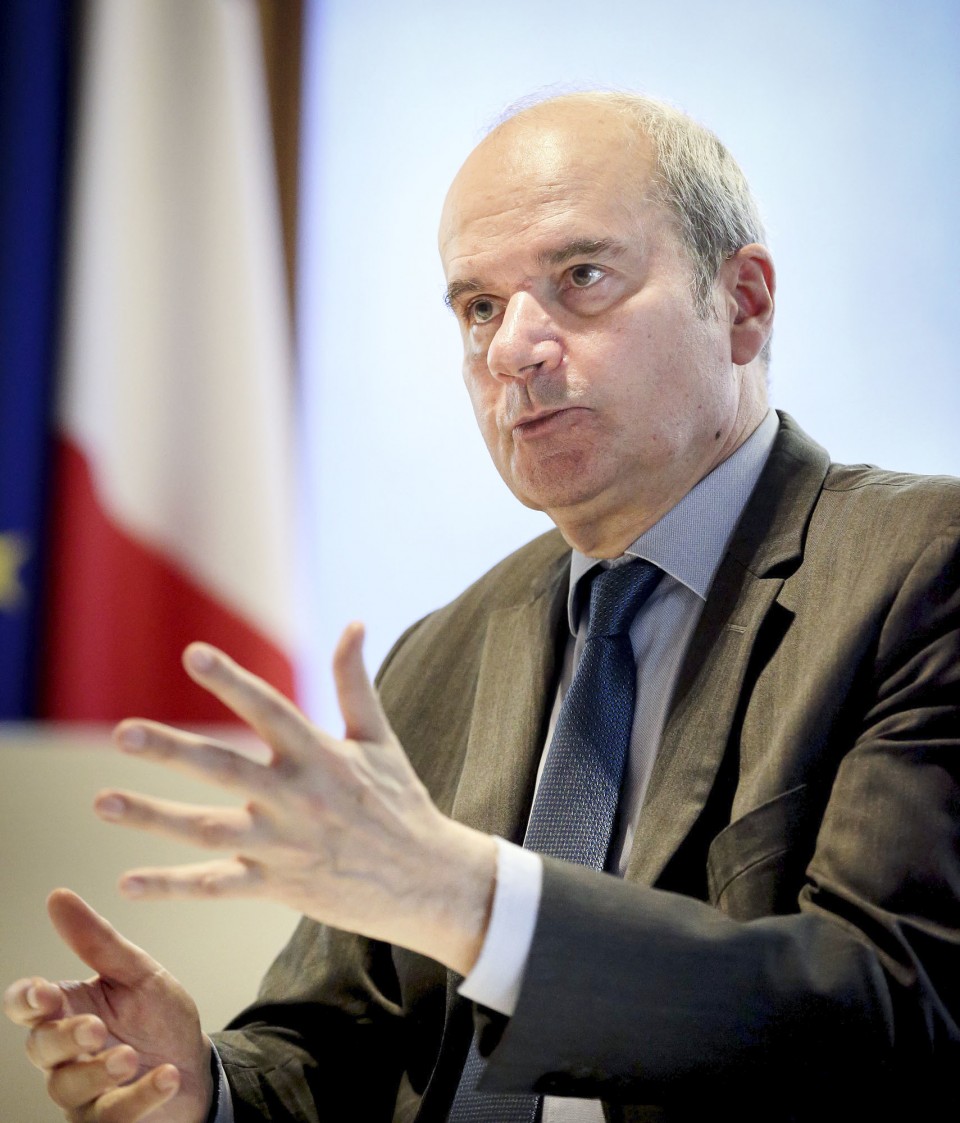 Christophe Penot, France's ambassador for the Indo-Pacific, speaks during an interview with Kyodo News in Paris on Oct. 25, 2021. (Kyodo)

France previously had its own joint submarine deal with Australia before Canberra abandoned it without warning in favor of AUKUS, a move which drew strong outcry from Paris.

Doubtful of the three-way framework, Penot said the problem is it would force countries in the region to choose between China and the United States, and lead to raising tensions rather than resolving them.

"It also causes questions about nuclear submarines and the (international) nuclear non-proliferation regime," he said, suggesting that AUKUS could spur other countries to begin acquiring their own nuclear submarines.

But Penot said France would not ask the United States to cancel the deal, and that with China's increasing influence, the Macron administration would now seek stronger relations with other countries in the Indo-Pacific region.

"This does not change our strategy," he said. "I think this will encourage us to strengthen our ties with Japan and India...when you lose a friend, your friendship with your other friends becomes stronger."

On restoring relations with the United States, Penot said the two countries have since resumed dialogue and it was progressing well.

"The United States is an ally of France," he said. "(It) is also a major player in the Indo-Pacific and we want to coordinate our strategies. That is not to say that we will align (with their plans), but we will discuss to see where we can be complementary."

On the relationship with Australia, Penot said, "It will take time to restore a sufficient level of trust to continue to work together as we did in the past."

Penot, a former ambassador to Australia, assumed the newly created post in October 2020.

The European Union has formulated strategies for the Indo-Pacific region. He said specific measures are expected to be implemented when France holds the rotating presidency of the 27-nation bloc in the first half of next year.

U.S. should walk the talk on AUKUS: ex-Merkel advisor