Japanese Princess Mako on Tuesday visited sanctuaries that enshrine the imperial family's ancestors to offer prayers privately ahead of her controversy-hit marriage to boyfriend Kei Komuro scheduled later this month.

Princess Mako, a niece of Emperor Naruhito, made the visit to the Imperial Palace Sanctuaries as she will skip the traditional wedding ceremonies amid public unease over the planned marriage due to a financial dispute involving Komuro's mother. 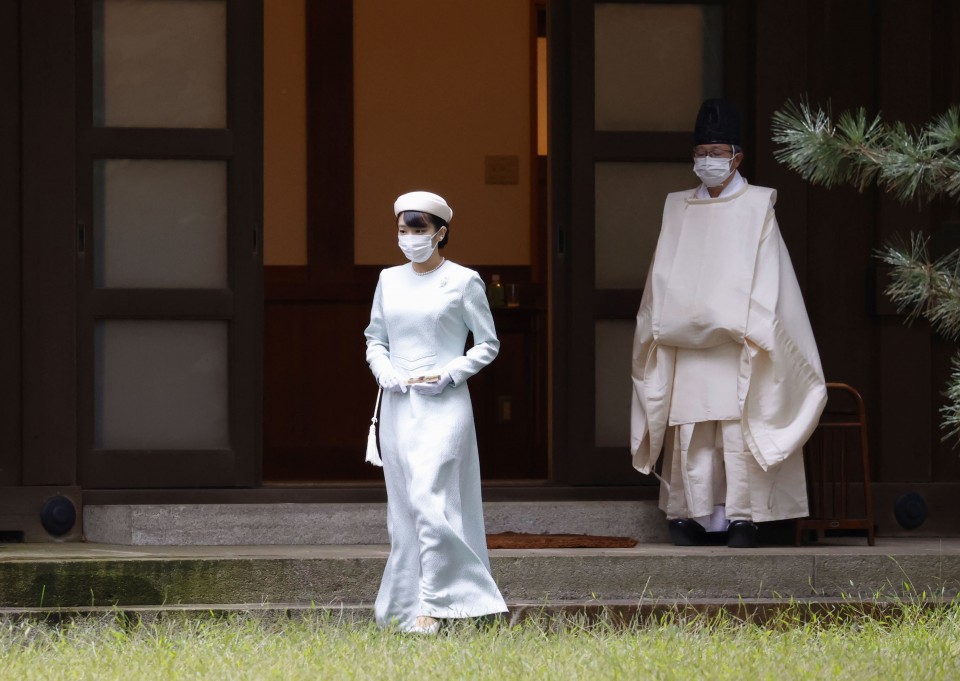 Princess Mako makes a visit to the Imperial Palace Sanctuaries in Tokyo on Oct. 19, 2021. (Kyodo)

The traditional ceremonies associated with royal family members' weddings include a rite at Kashikodokoro, a shrine that belongs to the sanctuaries and is dedicated to the Shinto sun goddess Amaterasu.

The 29-year-old princess, wearing a light green dress, bowed once after passing through a gate leading up to the sanctuaries. She offered prayers from courtyard, instead of holding a rite inside the shrine in traditional attire.

Due to public concern about the Komuro family's dispute, which led many to oppose the couple's marriage, the Imperial Household Agency has said the traditional wedding ceremonies will not be held.

The canceled ceremonies also include "Choken no Gi," an official meeting with the emperor and his wife, Empress Masako, prior to the marriage scheduled on Oct. 26.

In lieu of the rites, the princess will meet with the emperor and the empress at the Imperial Palace on Friday as well as her grandparents -- former Emperor Akihito and former Empress Michiko -- next Monday, the day before her marriage, according to the agency.

The princess met with her boyfriend at the Akasaka Estate in Tokyo on Monday for the first time since Komuro, 30, left Japan for New York in 2018 to study at Fordham University's law school.

The princess, who will lose her royal status after marrying her commoner boyfriend, will move out of the residence on the same day after the marriage is registered. The couple plan to live in New York after their marriage.

The marriage of the couple, who attended the same university in Tokyo, had been put on hold due to the unresolved financial dispute.

They were unofficially engaged in September 2017, with their wedding initially scheduled to take place on Nov. 4, 2018. But the agency announced in February the same year the postponement of ritual ceremonies following reports detailing the financial trouble between Komuro's mother and her former fiance. 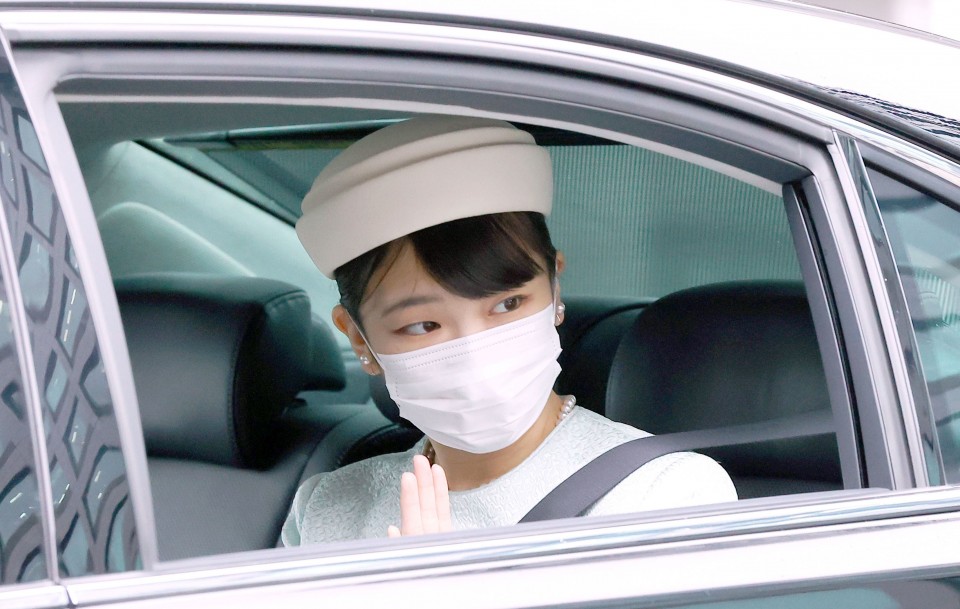