Hideki Matsuyama won the Zozo Championship on Sunday to claim his first PGA Tour title on Japanese soil and seventh of his career, a 4-under back nine separating him from his main challenger and giving him a 15-under four-round total.

With Matsuyama applying pressure, American Cameron Tringale could not match the pace on the back nine after leading earlier in the day at Narashino Country Club in Chiba Prefecture near Tokyo. 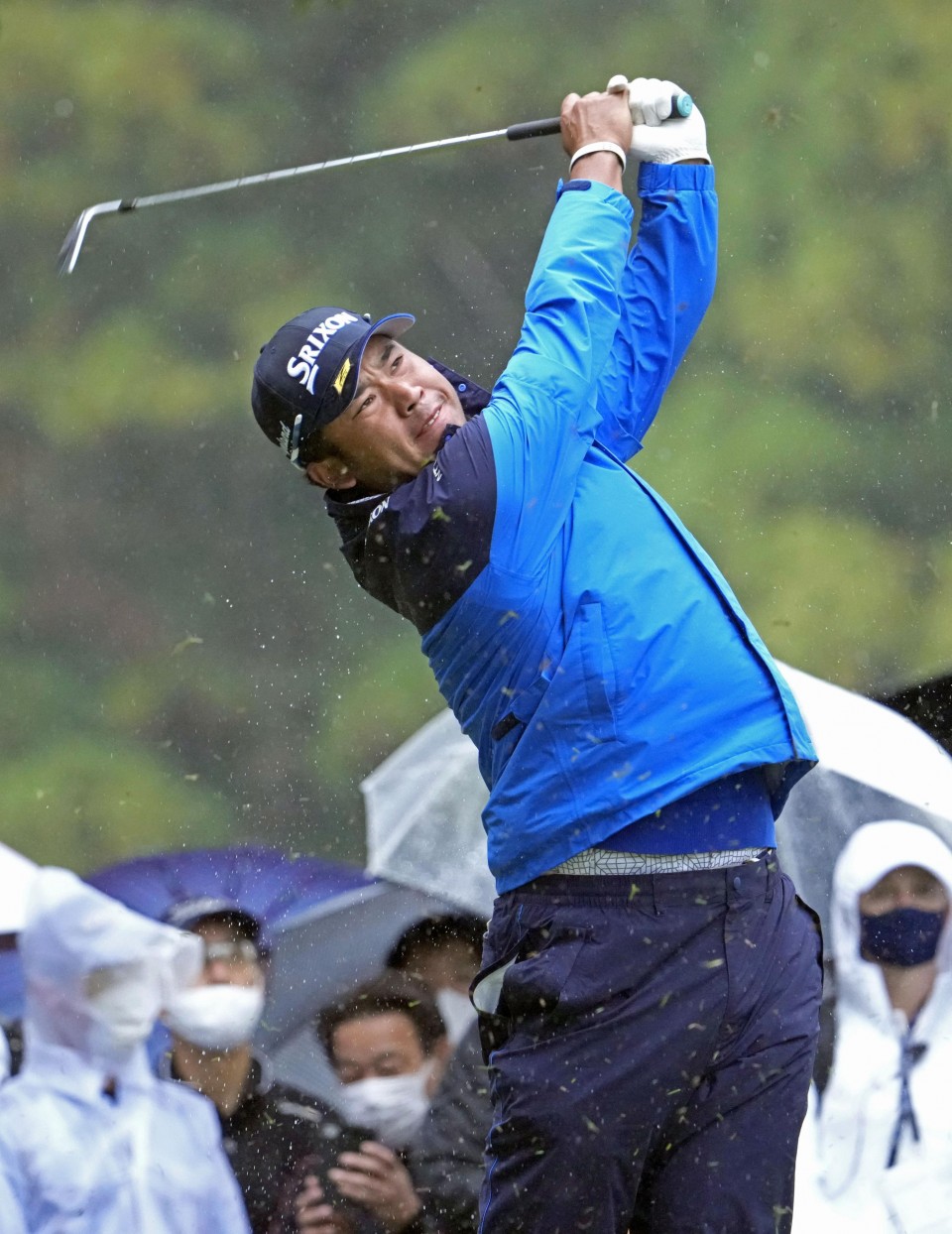 Hideki Matsuyama of Japan hits off the 16th tee during the second round of the Zozo Championship golf tournament, a U.S. PGA Tour event, on Oct. 22, 2021, at Narashino Country Club in Inzai in Chiba Prefecture, eastern Japan. (Kyodo) ==Kyodo

Tringale, the world's 69th ranked player, finished bogey-bogey to drop into a tie for second at 10-under with his countryman Brendan Steele, who shot a final-round 66 to improve one place.

"I'm not in really good shape but so many people cheered me on so that helped bring my level up," Matsuyama said next to the 18th green.

"I don't know when I'll play in Japan again, but I hope to do well in the U.S. and send good news."

Matsuyama completed the victory having been one shot off the lead after the first round of the event co-sanctioned with the Japan Golf Tour, and holding the lead after rounds two and three. He started Sunday's final round with a one-shot margin over Tringale.

Matsuyama had a conservative start to his final 18 with pars in his first five holes, but a monster putt gave him an eagle three on the par-5 sixth to kick start his round.

He gave back a shot with a bogey on the eighth but birdies on 11, 13 and 15 set a pace no other player could match.

His birdie on 15, which came after he blasted a fairway wood onto the green from the left-side rough after a wayward drive, proved the knockout blow as it gave him a two-shot buffer over the field.

The 29-year-old gave his home galleries a spectacular finish, nearly holing his second shot on the par-5 18th before calmly slotting the subsequent putt for his second eagle.

Takumi Kanaya was the next-best placed Japanese player, a final round 66 giving him a 5-under total for the tournament which was good enough to put him in a tie for seventh.

Only two other Japanese -- Shugo Imahira and Hiroshi Iwata -- finished in the top 20.