Sunao Tsuboi, an influential campaigner for nuclear disarmament who survived the U.S. atomic bombing of Hiroshima, died Sunday of arrhythmia caused by anemia, his family said Wednesday. He was 96.

Tsuboi, who served as a chairperson of the Japan Confederation of A- and H-Bomb Sufferers Organizations, drew international attention in 2016 when he met with then U.S. President Barack Obama during the latter's historic visit to the western Japanese city, the site of the world's first atomic bombing on Aug. 6, 1945. 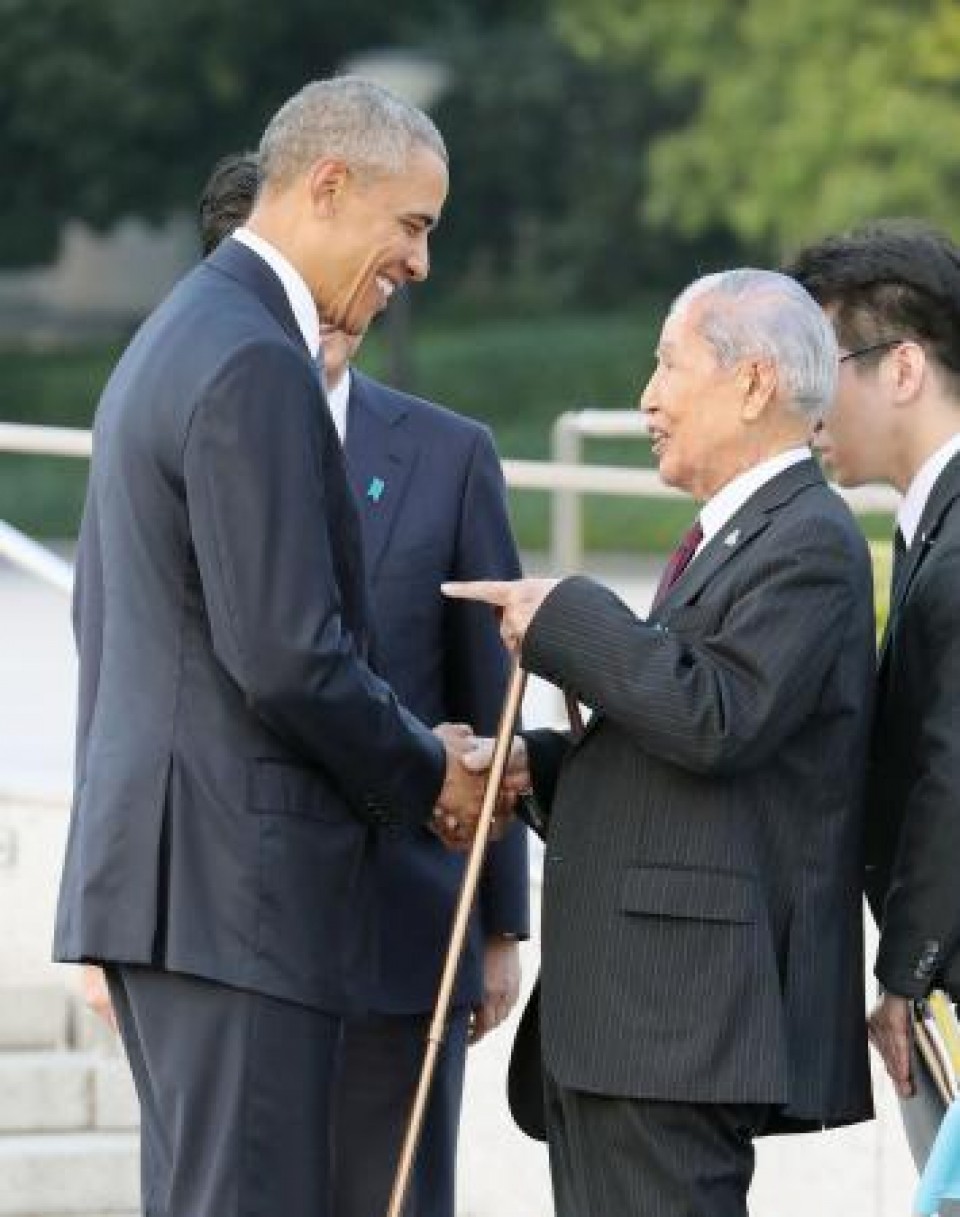 Tsuboi was a student at the precursor to Hiroshima University and on his way to school when he was exposed to the blast around 1.2 kilometers away from ground zero. He suffered severe burns.

After working as a junior high teacher, he devoted himself to anti-nuclear activities, conveying the horror of nuclear weapons for decades at home and abroad and calling for their elimination.

He visited various countries, including nuclear weapons states such as the United States, India and Pakistan, to share his experience as a hibakusha, the Japanese term for survivors of the atomic bombings of Hiroshima and Nagasaki.

"Mr. Tsuboi cooperated with us on many occasions and he offered his views and gave us his guidance," Kishida told reporters in Tokyo. "I especially remember him directly telling President Obama the wishes of the hibakusha."

"I'm determined to move forward to realize a world without nuclear weapons while engraving Mr. Tsuboi's thoughts in my heart."

In May 2016, Tsuboi attended a ceremony during which Obama delivered a speech at the Peace Memorial Park in Hiroshima as the first sitting U.S. president to visit the city. Tsuboi shook hands and exchanged words with the U.S. leader.