Former Australian Prime Minister Tony Abbott called for support for Taiwan on Thursday as he met President Tsai Ing-wen in Taipei, alerting the international community to challenges to the self-ruled, democratic island posed by China.

Abbott, who visited Taiwan after scores of Chinese warplanes entered its air defense identification zone in recent days, said Taiwan is challenged on an almost daily basis by "its giant neighbor," referring to China. 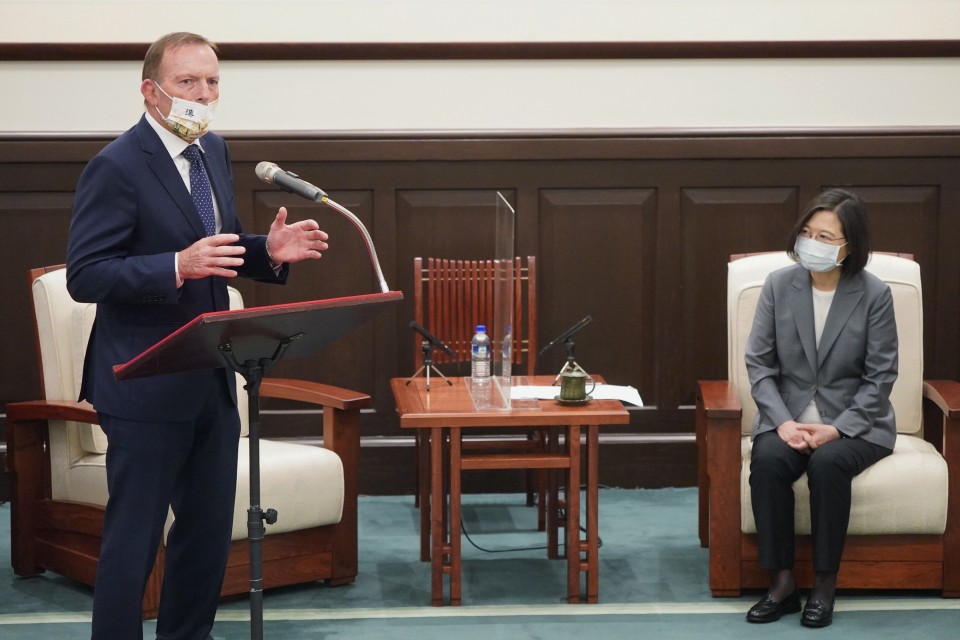 "It's more important than ever under such circumstances that your fellow democracies stand shoulder to shoulder with you," Abbott told Tsai, praising Taiwan's transformation from a one-party dictatorship to a democracy.

"Of course, not everyone and not everywhere is pleased at Taiwan's progress," he added.

The former prime minister, who served in the post between 2013 and 2015, also voiced his support for Taiwan's recent application to join the Trans-Pacific Partnership free trade agreement.

In response, Tsai thanked Abbott for his backing for Taiwan's accession to the trade pact, emphasizing Taiwan's commitment to cooperation with other countries and regional peace and stability.