The weather agency on Monday warned of the possibility of another major eruption on Mt. Aso in southwestern Japan following the eruption last week, citing an increase of volcanic earthquakes in the area.

The Japan Meteorological Agency said the amplitude of volcanic tremors increased sharply from late Sunday into early Monday at the No. 1 Nakadake crater of the volcanic mountain, while alteration, apparently due to dilation, has been observed at the shallow part of the crater. 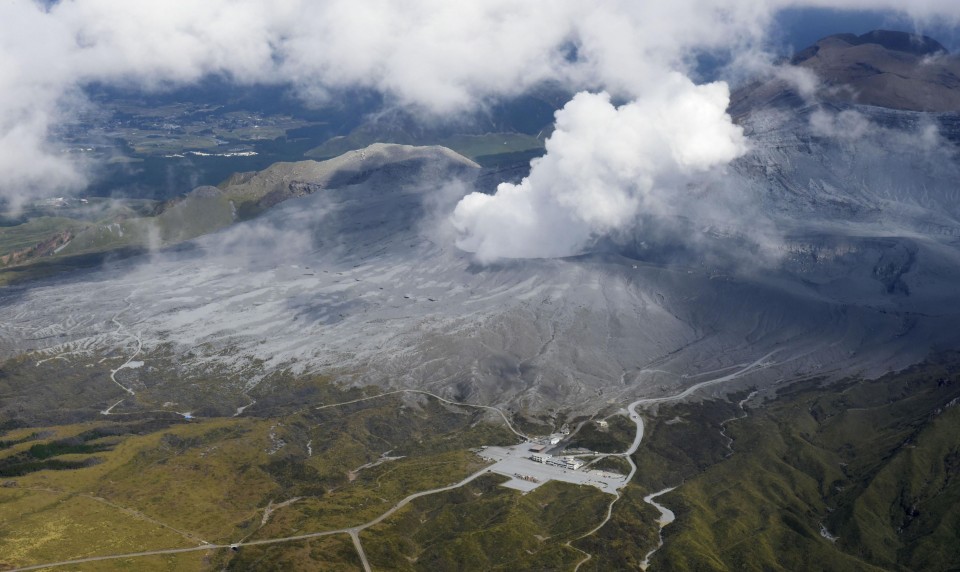 The 1,506-meter crater erupted shortly before noon last Wednesday, prompting the weather agency to raise the volcanic alert level to 3 on a scale of 5, with entry restricted in areas within 2 kilometers of the crater.

Volcanic ash blew more than 1 km from the crater while a pyroclastic flow was confirmed within 1.3 km west of the crater for the first time since October 2016, according to the agency.

At the time of the eruption, 16 climbers were on the mountain but all of them made the descent without injury.