Grampus were aiming to reach the ACL semifinals for the first time since 2009, but their campaign ended in disappointment against an outfit they had beaten by the same margin and drawn against in the group stage.

The J-League side wasted two great opportunities in the first half before their performance dramatically dipped in the second at Jeonju World Cup Stadium in South Korea. They were eventually overrun by their opponents, who made the most of their chances. 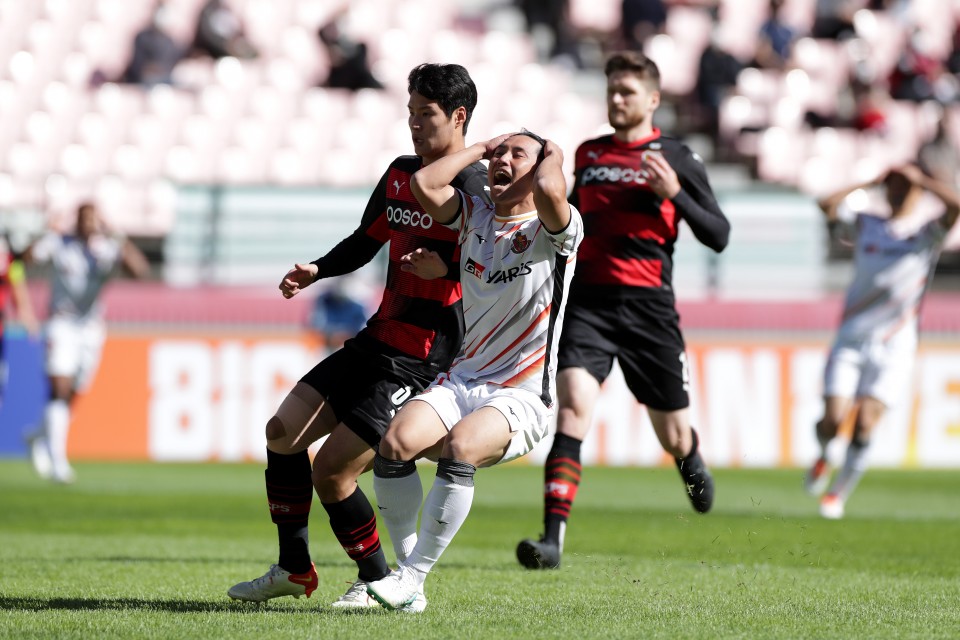 Football: Gamba out of ACL after group-stage loss to Jeonbuk Motors

Nagoya forward Jakub Swierczok failed to convert the first big chance of the game in the 31st minute, blazing over from the penalty spot after receiving a Ryoya Morishita pass unmarked.

The Polish Euro 2020 player let another chance go begging two minutes later on a counter. After being played through by winger Mateus, Swierczok's weak effort was cleared off the line by Pohang midfielder Kang Sang Woo, with a follow-up attempt by Sho Inagaki also kept out by keeper Lee Jun.

The visitors paid for their misses when Lim Sang Hyub handed Pohang the lead in the 53rd minute, tapping in a loose ball from a corner.

Lee Seung Mo doubled the advantage in the 70th minute, Nagoya defender Kim Min Tae failing to deal with a long ball before the Pohang forward buried a half volley.

Substitute Yuki Soma finally took Nagoya's first shot of the second half in stoppage time but was denied before Lim curled in Pohang's third in the last action of the game.