North Korean leader Kim Jong Un has emphasized the need to improve people's living conditions, the official Korean Central News Agency reported Monday, as the nuclear-armed country has been facing the worst food crisis in over a decade.

Kim made a speech, titled "Let us further improve party work in line with the demands of the period of fresh development of socialist construction," on Sunday's 76th anniversary of the founding of the ruling Workers' Party of Korea, according to the news agency. 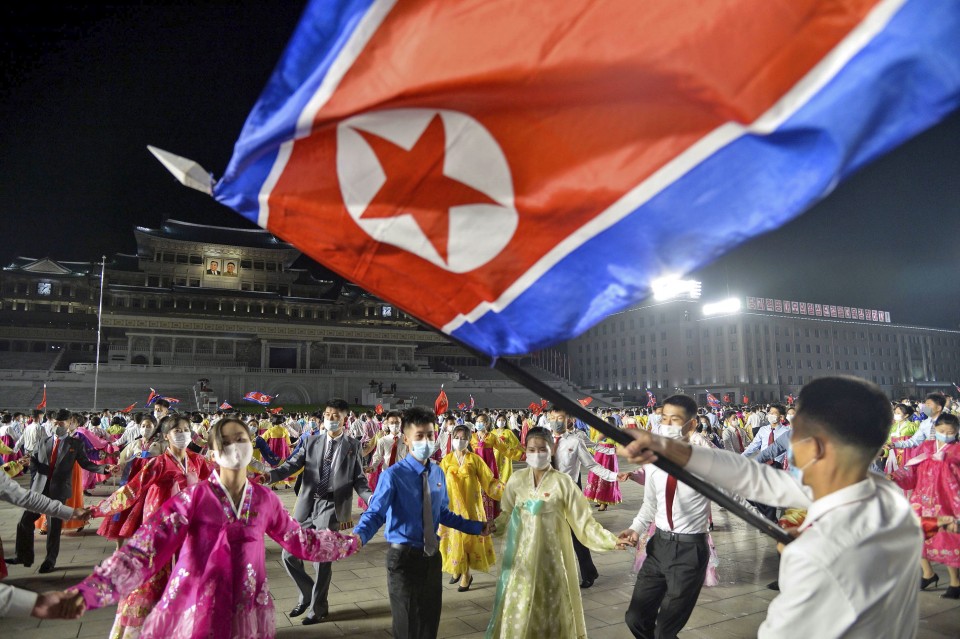 People gather on the night of Oct. 10, 2021, at Kim Il Sung Square in Pyongyang to celebrate the 76th anniversary of the founding of the ruling Workers' Party of Korea. (Kyodo) ==Kyodo

It is apparently the first time that Kim has delivered a speech on the party's founding anniversary since he became North Korea's supreme leader following the death of his father in 2011.

North Korea said earlier this year in a report to the United Nations that it has suffered its worst food crisis in over 10 years, with fears mounting that the nation's citizens have encountered difficulties in obtaining daily essentials.

The country also appears not to have imported food products recently from China, which is known as its closest and most influential ally in economic terms, as it has blocked the border with its neighbor amid the coronavirus pandemic.

Pyongyang has cut off land traffic to and from China and Russia since early last year to prevent the intrusion of the virus, first detected in the central Chinese city of Wuhan in late 2019. It claims the virus that causes the COVID-19 disease has not entered the nation.

On the 75th anniversary of the founding of the ruling party last year, North Korea staged a military parade in Pyongyang to show off its intercontinental ballistic missile.