A section of Tokyo's Yamanote loop line was suspended Saturday due to track switching construction work slated to last through the weekend, the longest such suspension on the line since the launch of its operator JR East. 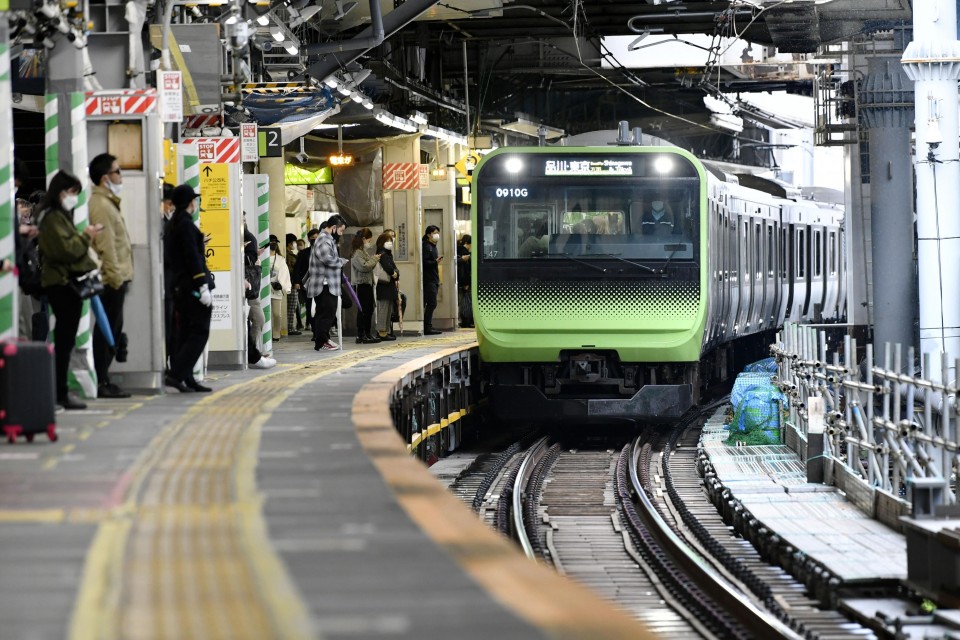 Photo taken Oct. 22, 2021, shows a Yamanote Line platform at JR Shibuya Station in Tokyo. East Japan Railway Co. plans to suspend operations of part of the inner loop services of the Yamanote Line for two days from Oct. 23 due to construction at the station. (Kyodo) ==Kyodo

The operator aims to widen a platform at Shibuya Station by around 5 meters, with plans on additional work on the outer loop platform in the future. It said once completed, the inner and outer platforms at the station will be connected, thereby easing passenger congestion and increasing convenience for transfers.

Shibuya Station was bustling with passengers including shoppers from the morning. There were no major disturbances despite a sign in front of the ticket gates announcing the line's closure.

"I knew about the construction beforehand after seeing it advertised on the train," a 59-year-old man heading to a vocational school said. "It's not inconvenient for me because I can get home using a different train line. It would be nice if the station becomes more convenient."

While construction is ongoing, only trains connecting Osaki, Tokyo and Ikebukuro stations will be in service for the inner loop route.

Operations between these stations have been cut by around 30 percent, with trains running at an interval of approximately one every 10 minutes.

Trains on the outer loop have not been halted, although services between Osaki, Shibuya and Ikebukuro stations have been reduced to 60 percent of their normal level.

In order to compensate for the construction, the JR Saikyo Line and Rinkai Line -- which stop at Shinjuku, Shibuya, Ebisu and Osaki stations that are also on the JR Yamanote Line -- is increasing services between Akabane and Shin-Kiba stations.

A freight train line is also being used for special trains making stops at Shibuya and Ebisu stations when running between Shinjuku and Shinagawa stations.

JR East has additionally asked passengers to utilize the metro and other train lines.

The inner loop will recommence services from the first train on Monday.