A denim maker in northeastern Japan has developed a method to produce jeans from the hair of deer culled on the northernmost main island Hokkaido.

The jeans made by Oikawa Denim in Kesennuma, Miyagi Prefecture, use hair from yezo sika deer shot by Kunihide Iwamatsu, a hunter and dairy farmer in Hokkaido who wanted to put the hides and hair to good use. 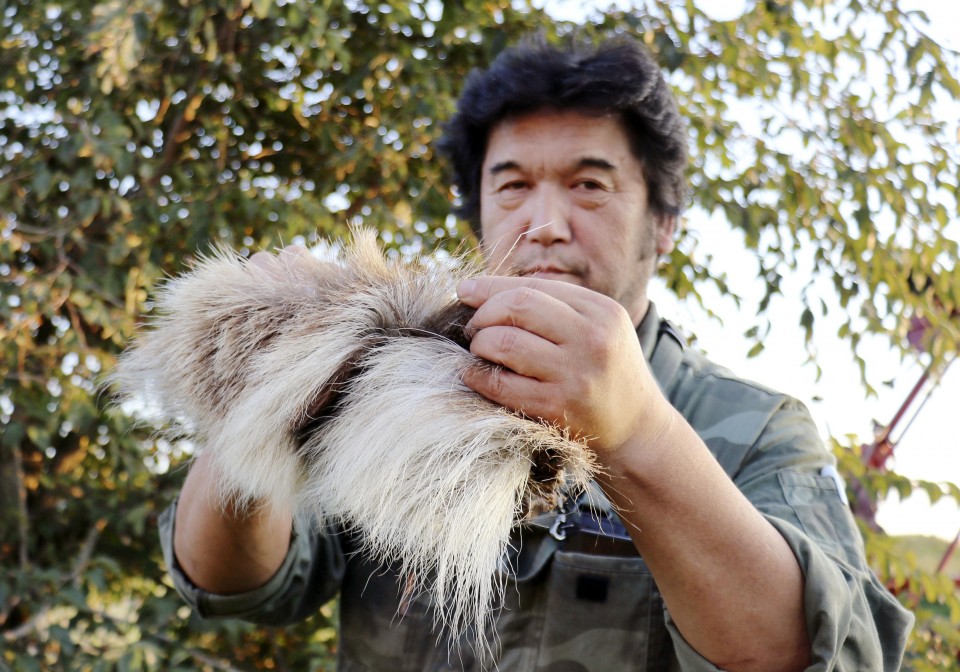 Kunihide Iwamatsu, a hunter in Hokkaido, holds the hide of a yezo sika deer he shot in Hokkaido on Sept. 6, 2021. (Kyodo)

According to the Hokkaido prefectural government, yezo sika deer were driven to the brink of extinction by overhunting, but their population has increased thanks to conservation policies and a decline in the number of hunters.

The deer are now a serious problem as they eat grass for cattle and crops such as rice and potatoes, according to the prefectural government. The number culled as part of wildlife management is on the rise.

Deer, overall in Japan, are blamed for the bulk of agricultural crop damage caused by wildlife. In fiscal 2019, the animals were blamed for 5.3 billion yen ($46 million) in losses, according to the Ministry of Agriculture, Forestry and Fisheries.

As a result, culling is unavoidable to prevent farmers from abandoning crops or losing the incentive to plant them. In all, more than 600,000 deer were captured or killed that year, the ministry said. The carcasses of a small proportion -- some 80,000 -- were used for game meat, but the hides were thrown away. 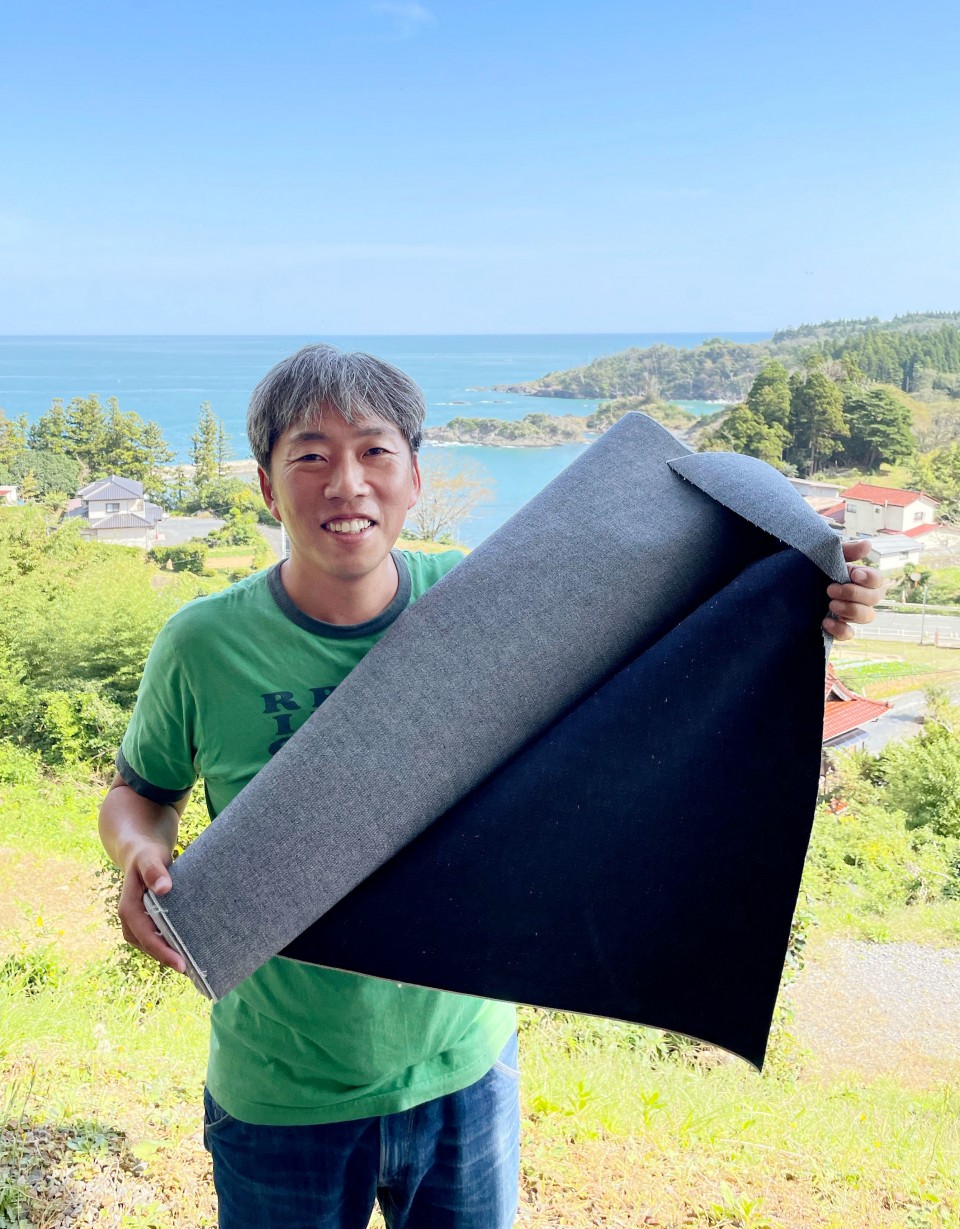 On a chilly evening in early September, Iwamatsu, 54, apologized as he stood by a slain deer he had shot from 100 meters in a vast pasture in Hamanaka, eastern Hokkaido.

Iwamatsu has taken part in culls for 19 years, always consuming or selling the meat of the animals killed as his grandfather, also a hunter, had taught him not to waste anything. As the hides and hair were of no apparent use he discarded them but always "felt guilty about it."

The situation turned around in 2014 after he was introduced to Hiroshi Oikawa, the 47-year-old head of Oikawa Denim. Oikawa already had experience of producing jeans from fiber made of crushed swordfish snouts discarded at Kesennuma.

Oikawa said he understood Iwamatsu's respect for life as he also felt uncomfortable about throwing things away following the massive earthquake and tsunami that hit northeastern Japan in March 2011, which made it difficult to purchase water and fuel.

After hearing that deer hides and hair were being discarded, Oikawa asked a company in Nagano Prefecture, central Japan, to make the skin into leather items, while he himself tried to weave the hair into denim.

The trial product turned out to be a failure, as the denim became stiff and was scratchy to wear.

After numerous trials, Oikawa figured out that covering bundles of the hair with thread could make the denim smoother and enable him to utilize the features of deer hair, which is hollow and retains heat while allowing air to pass through easily.

"The increase of yezo sika deer is said to be linked to global warming," said Oikawa. "I hope people think about animal damage and environmental issues when wearing these jeans."