The Yakult Swallows captured their eighth Central League championship and first since 2015 on Tuesday in manager Shingo Takatsu's second season at the helm.

The title marked the second time in team history that the Swallows have won a championship a year after finishing last, a feat they also accomplished in 2015. 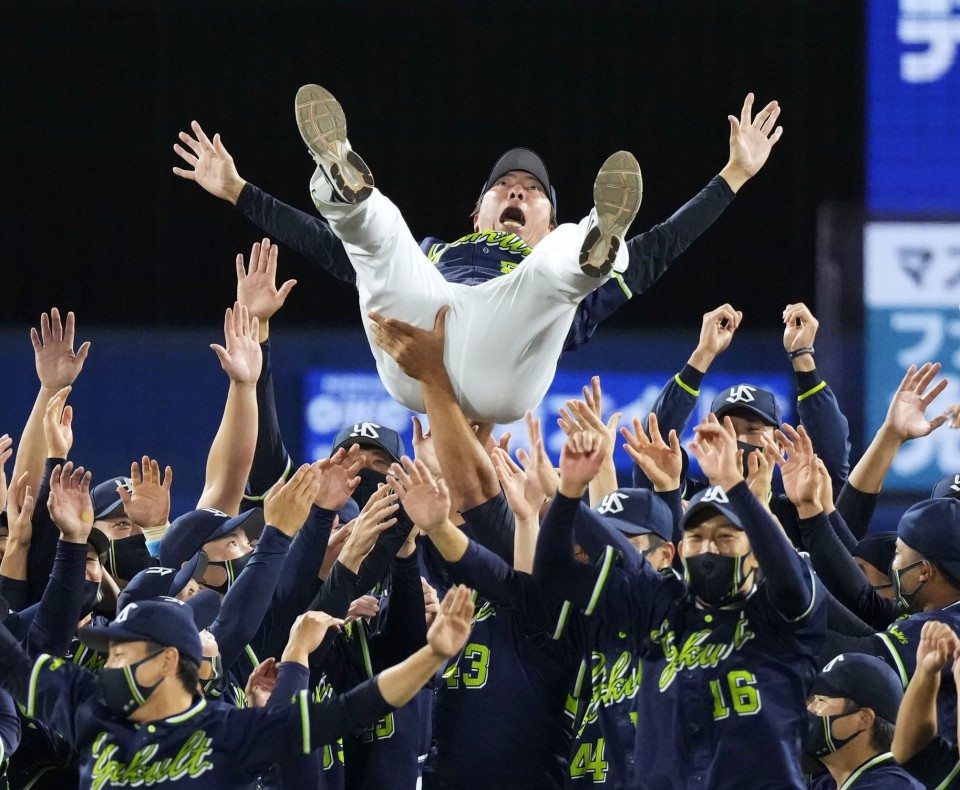 Yakult Swallows manager Shingo Takatsu (top) is tossed in the air by his players at Yokohama Stadium after the team clinched the Central League baseball title on Oct. 26, 2021. (Kyodo) ==Kyodo

"The day before we started camp, we talked about remembering the frustration of two straight last-place finishes and taking that into the season with us," Takatsu said. "We got off to a rough start and I think the players took that to heart, too, and just played their hearts out up until now."

The club made huge improvements on both sides of the ball, but the most noticeable was on the pitching side, where the Swallows entered Tuesday's games having walked the fewest batters in either league, while leading the CL in strikeouts.

"Our pitching has been improving year by year, and this season we felt the staff could put us in contention," said Takatsu.

The pitching was helped by having catcher Yuhei Nakamura healthy for most of the season, and got a great contribution from rookie right-hander Yasunobu Okugawa, as well as big seasons from setup man Noboru Shimizu and closer Scott McGough.

The franchise founded ahead of the 1950 season was handicapped by having to play home games away from Tokyo's Jingu Stadium, which was closed for much of the summer due to its proximity to the National Stadium, the centerpiece of the Tokyo Olympics and Paralympics. 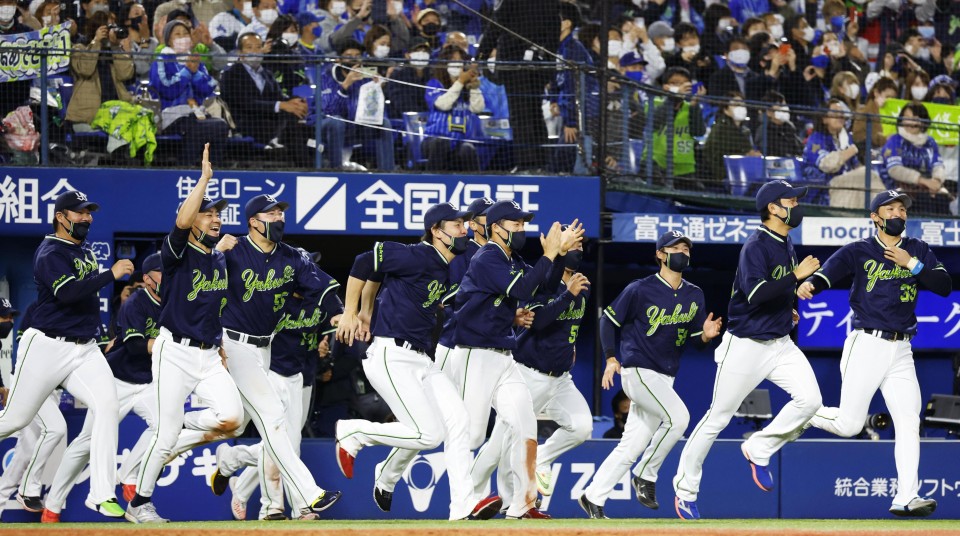