The following is a chronology of major events related to the marriage between Princess Mako and her commoner boyfriend Kei Komuro. 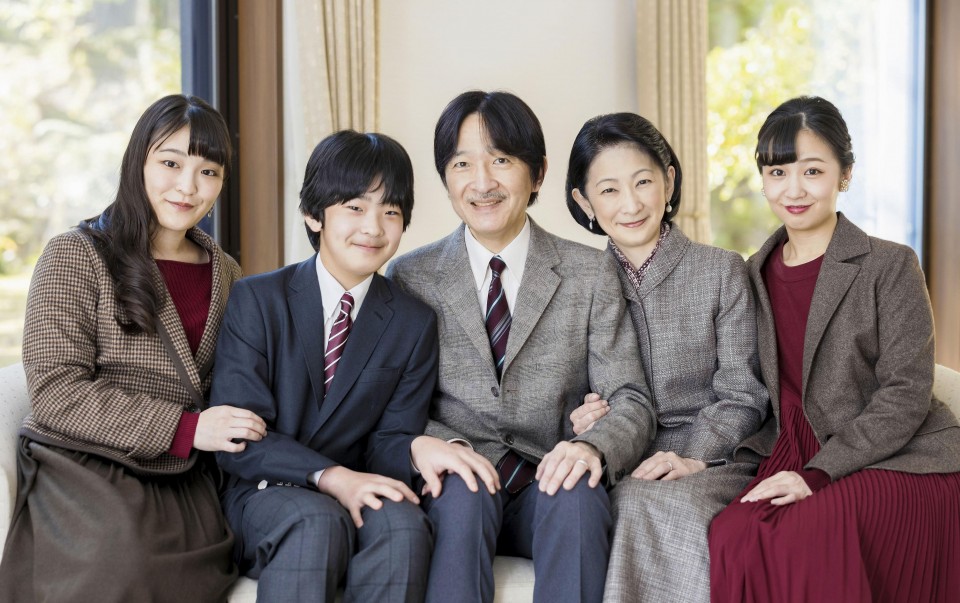 File photo shows Princess Mako (far L) with her parents and siblings in Tokyo in November 2020. (Photo courtesy of the Imperial Household Agency)(Kyodo)

Feb. 6, 2018 -- Imperial Household Agency announces wedding will be postponed following reports of a money dispute between Komuro's mother and her former fiance.

Jan. 22, 2019 -- Komuro says in a statement his family believes financial issues behind dispute have already been resolved. 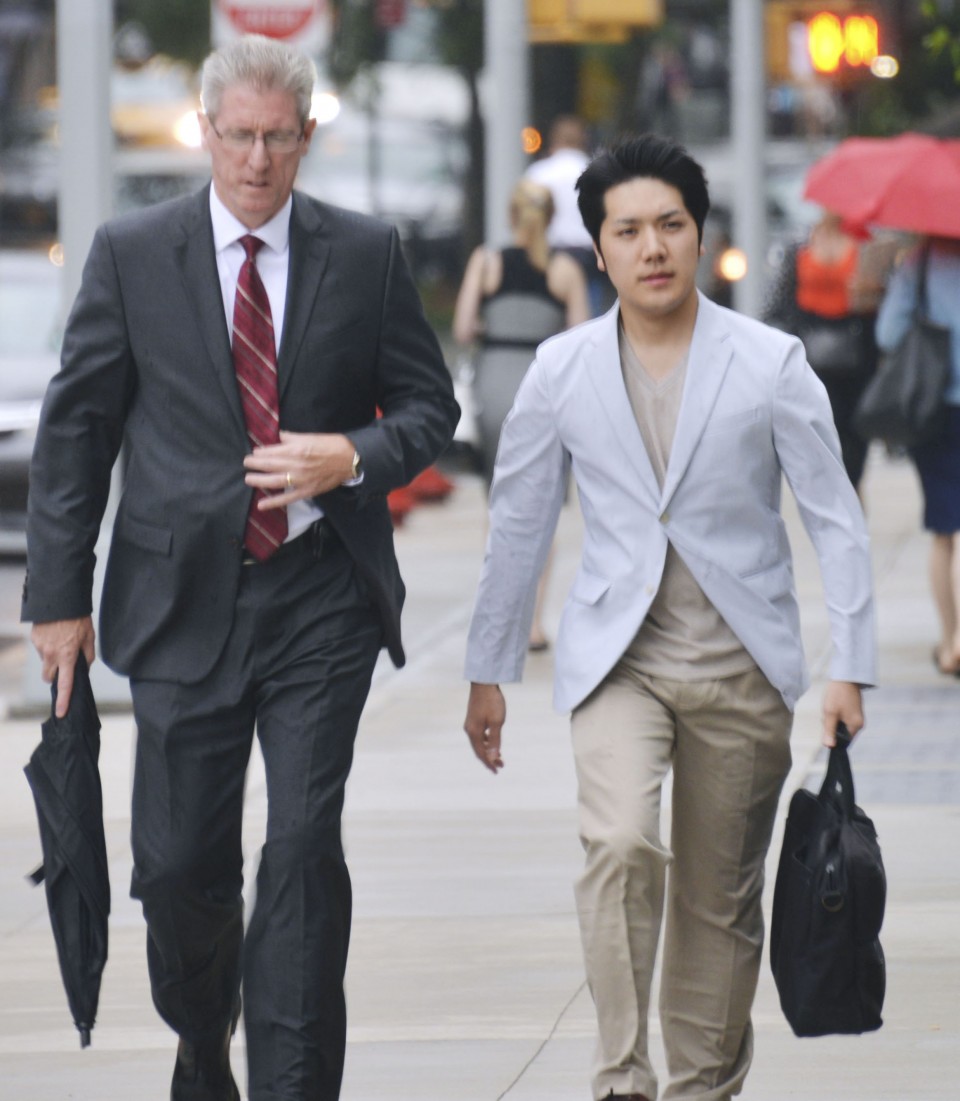 Nov. 13, 2020 -- Princess Mako says in a statement she and Komuro think marriage is a "necessary choice" for them.

November -- Crown Prince Fumihito says he "approves" of marriage, but reiterates dispute should be solved.

April 8, 2021 -- Komuro releases a new statement detailing the dispute, expressing his resolve to tie the knot with Princess Mako.

April 12 -- Komuro expresses his intention to pay money to his mother's former fiance to settle dispute.

May -- Komuro graduates from Fordham University's law school in New York with a Juris Doctor degree.

Sept. 27 -- Komuro returns to Japan to prepare for the marriage registration. 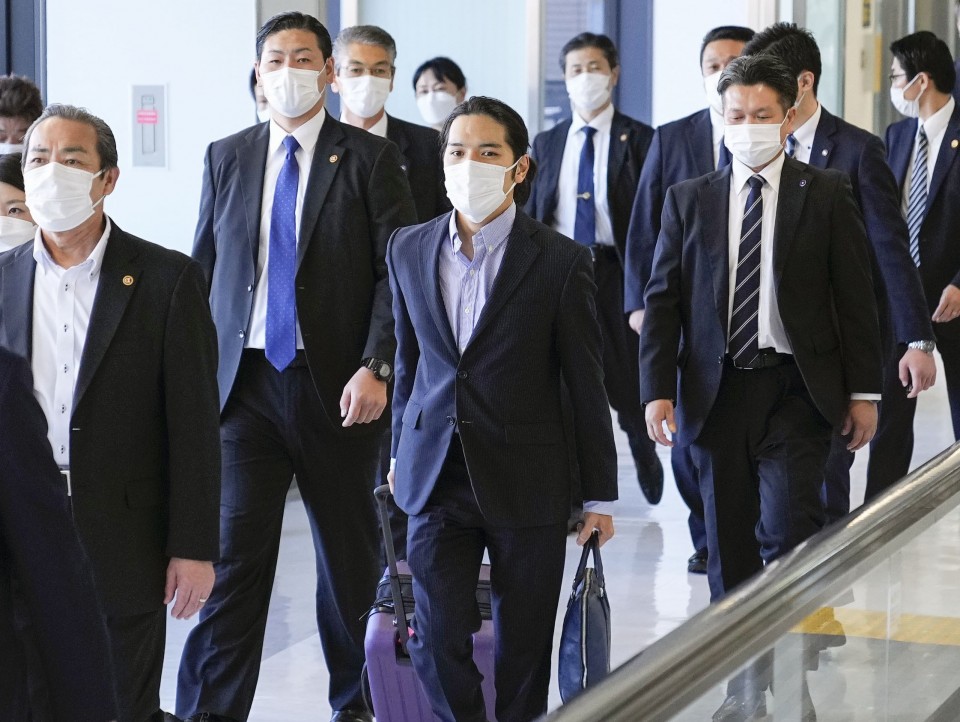 Kei Komuro (front R), the boyfriend of Japanese Princess Mako, arrives at Narita airport near Tokyo on Sept. 27, 2021, after a flight from New York. The couple is preparing to marry. (Kyodo) ==Kyodo

Oct. 18 -- Komuro visits Princess Mako's parents at the Akasaka Estate in Tokyo. The two reunite for the first time in about three years. 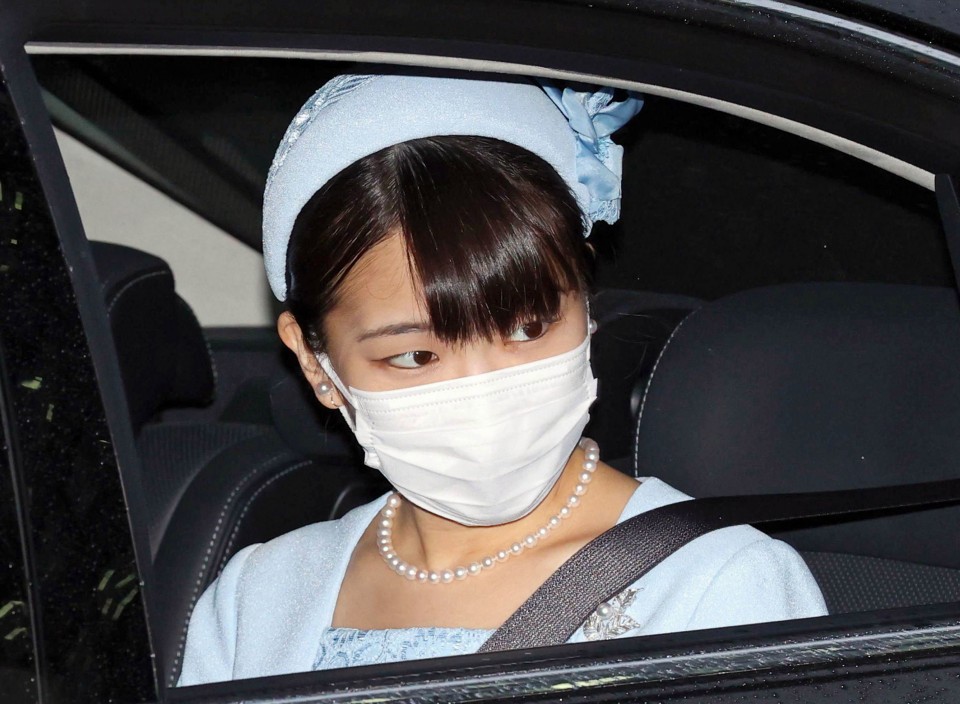 Oct. 22 -- Princess Mako meets with her uncle Emperor Naruhito and aunt Empress Masako in lieu of the usual wedding rites.