When the Tokyo Paralympics opened on Aug. 24 after a one-year delay because of the coronavirus pandemic, the National Stadium floor was a celebration with fireworks, music, acrobats, and clowns.

Among the dancers was Ai Haruna, arguably Japan's most famous transgender woman, fittingly chosen to perform to the hopeful theme "We Have Wings" to evoke all that is possible in difficult circumstances. 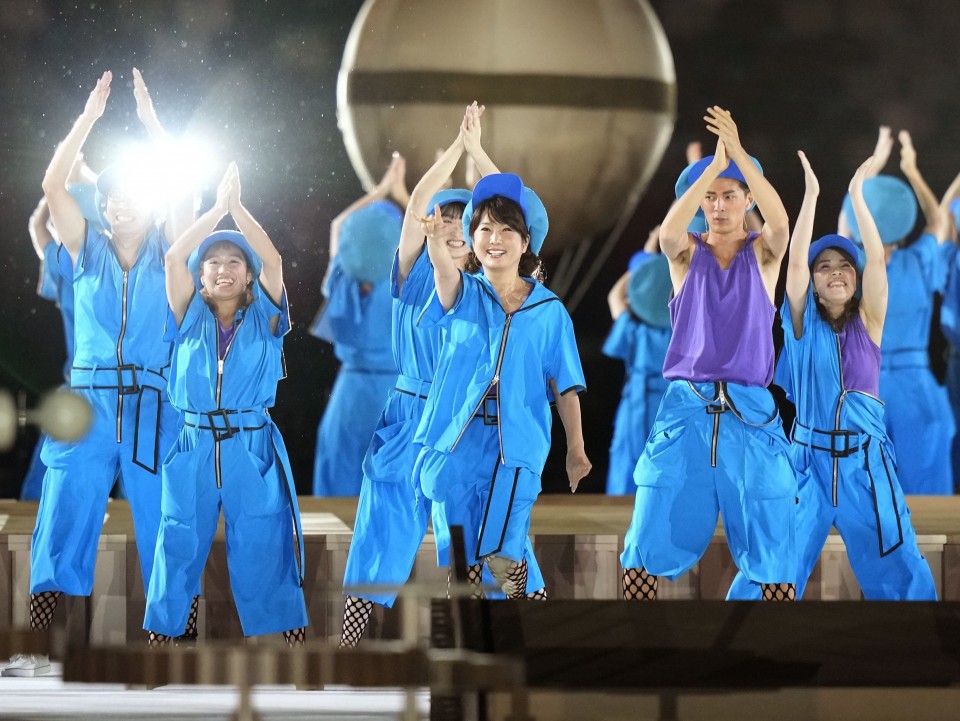 The 49-year-old television personality, singer and entrepreneur had done a general audition to get her part, eager to spread the much-needed message of resilience and togetherness through the games for athletes with disabilities.

"Let's have the freedom to spread our wings and dream big. That's the message I wanted to send to the world," Haruna told Kyodo News in a recent interview.

"There was a sense of collective unity when diverse people came together as a team," she said.

Haruna has a younger brother who became a wheelchair user eight years ago as a result of a cerebral stroke, so she knows the challenges that often accompany disability and how people with disabilities are often pushed to the margins of society.

Traveling with her brother, she experienced firsthand how many toilets and streets are difficult to navigate for physically impaired people.

That, plus her experience as a minority in Japan, notorious for its conservative attitudes towards sexual diversity, has awakened and equipped her to reach out to the community and provide a source of compassion.

"I hope the world changes and sees the benefit of merging the Olympics and Paralympics into one. I wanted to be the one to stand on the stage and share that message with the world," she said, recalling the time she found the audition notice on the internet and her instincts told her to go for it.

Following the parade of nations at the Paralympics opening ceremony was a performance telling a story of a small one-winged plane struggling to gather the courage to fly. It featured a little girl in a wheelchair modeled like a one-winged airplane and a cast of disabled dancers and performers who helped her gain confidence.

Haruna said she was moved to tears when ceremony director Wally Kinoshita gathered the performing cast before the show and told them to make the most of their chance to send the "being different is good" message to the world.

Haruna rose to fame as the first Japanese winner of Thailand's Miss International Queen, a beauty pageant for transgender women, in 2009.

She remembers the shock she felt when a fellow contestant from Southeast Asia told her that she does not feel safe walking outside because of the discrimination and prejudice that marginalized groups face in her country.

As an openly transgender celebrity on TV, Haruna, whose birth name is Kenji Onishi, has spoken about her experience being bullied by her classmates and feeling suicidal, coming out to her father as a high school freshman, and eventually dropping out of school to work as a cabaret performer.

She underwent sex reassignment surgery in 1995 but has not legally changed her gender from male to female. She does not care about gender identity terms because she knows who she is, she says.

Since about four years ago, Haruna has been spending one week in New York every month to take singing and dancing lessons to expand her performative horizons and broaden work opportunities.

She said the Paralympics gave her the opportunity and space to rethink her life and reclaim her transgender identity.

"I want to live more freely and be honest with myself," she said.