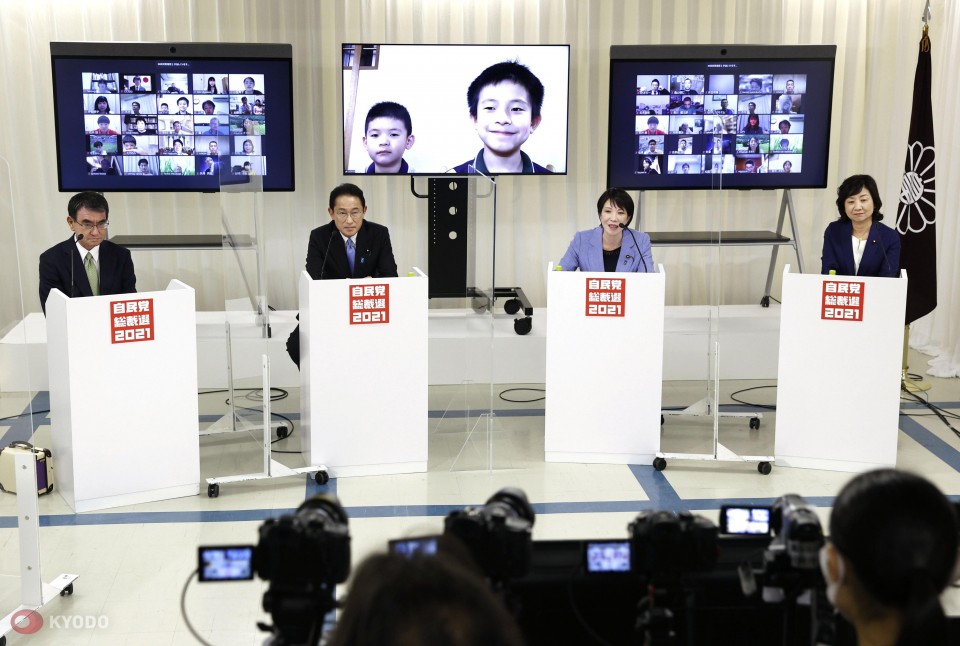 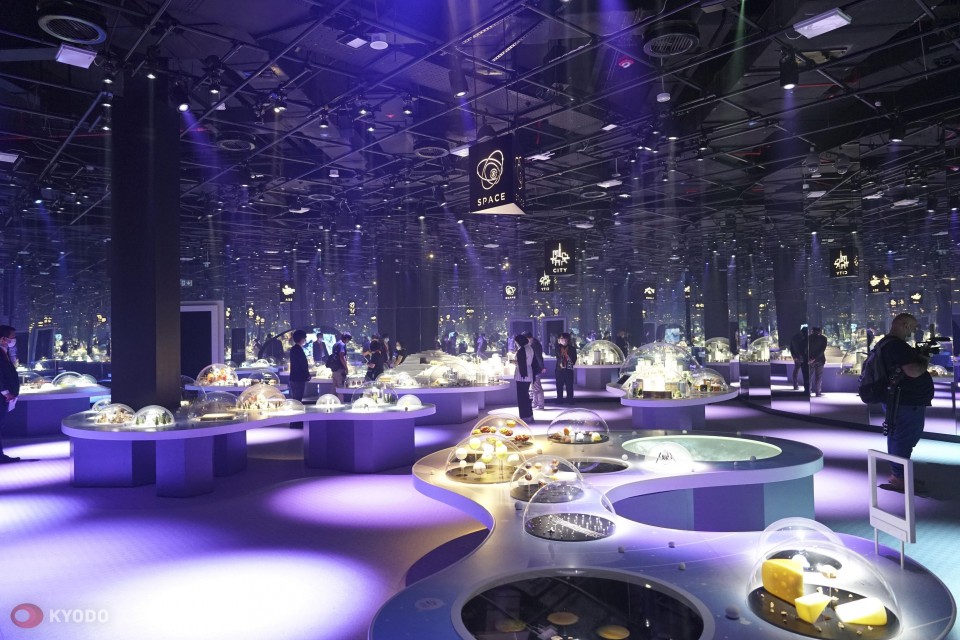 Photo taken Sept. 26, 2021, shows the Japan Pavilion at the world exposition to be held in Dubai, the United Arab Emirates, from Oct. 1. (Kyodo) ==Kyodo 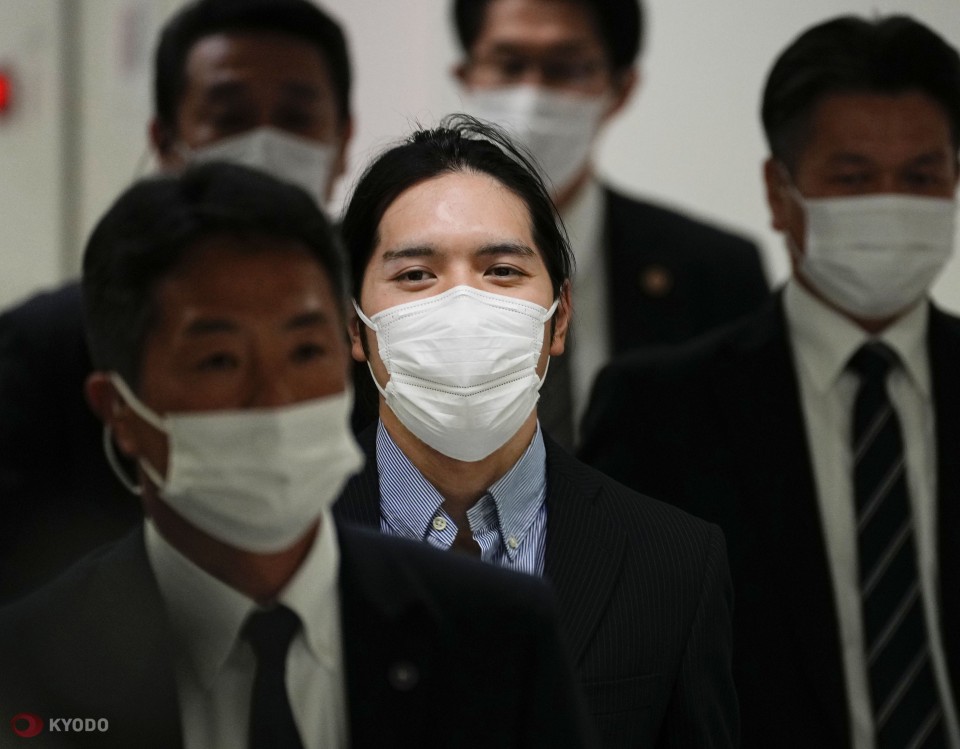 Kei Komuro (C), the boyfriend of Japanese Princess Mako, arrives at Narita airport near Tokyo on Sept. 27, 2021, after a flight from New York. The couple is preparing to marry. (Kyodo) ==Kyodo 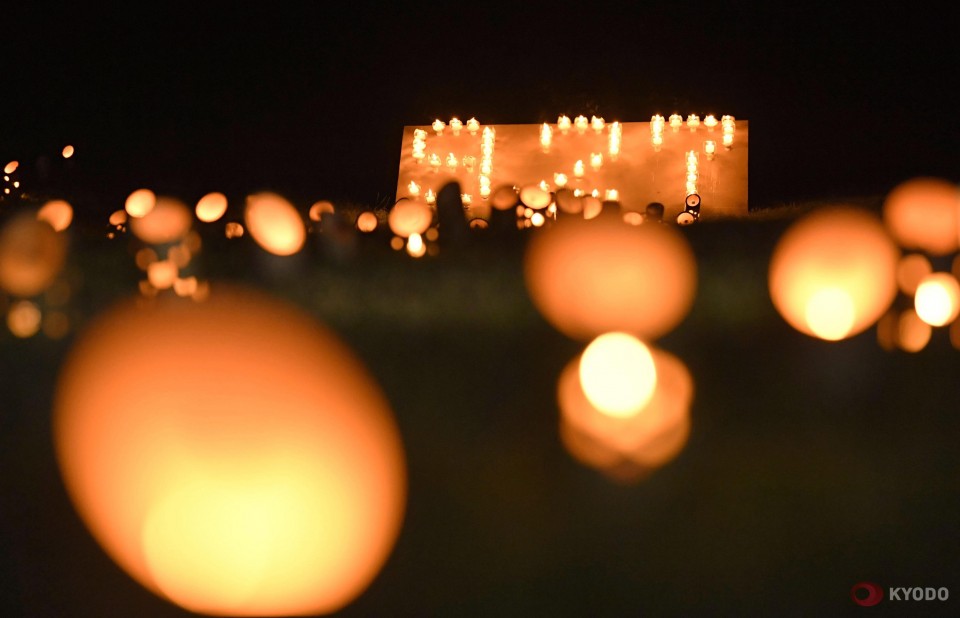 Candles are lit in Kiso in Nagano Prefecture, central Japan, on Sept. 27, 2021, in commemoration of the seventh anniversary of the Mt. Ontake eruption. The disaster left 58 people dead and five others unaccounted for. (Kyodo) ==Kyodo 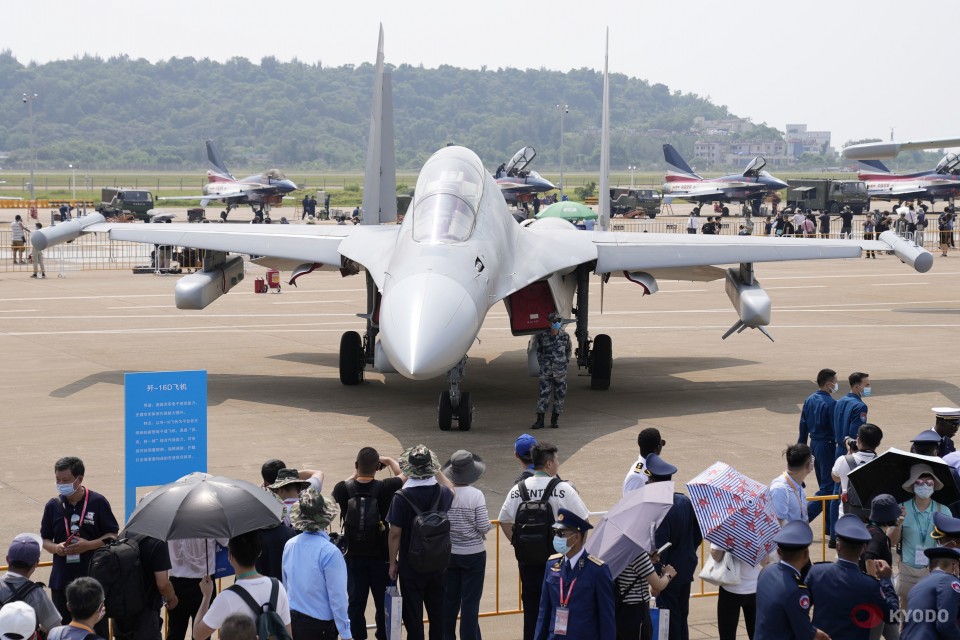 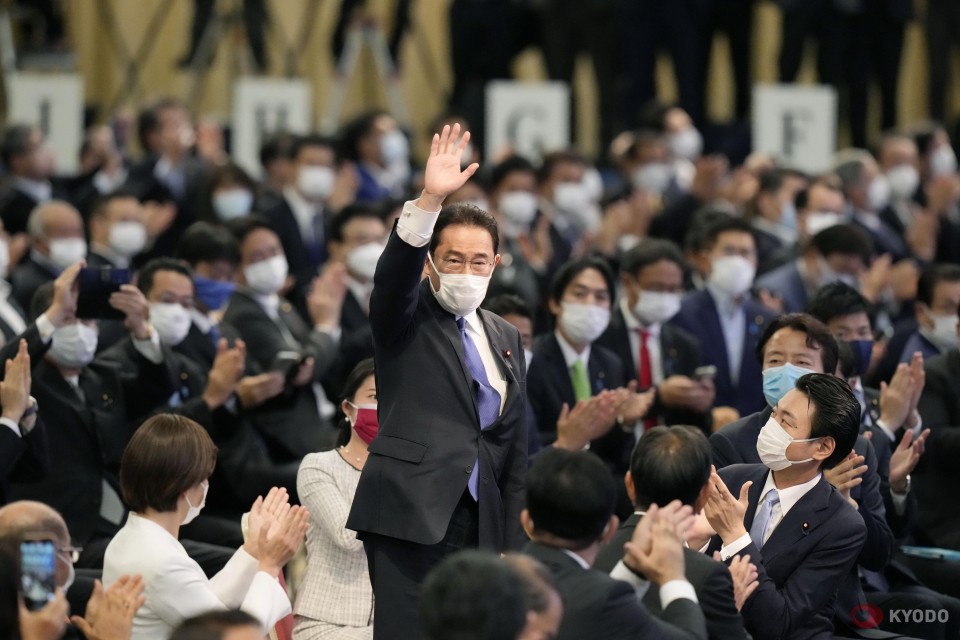 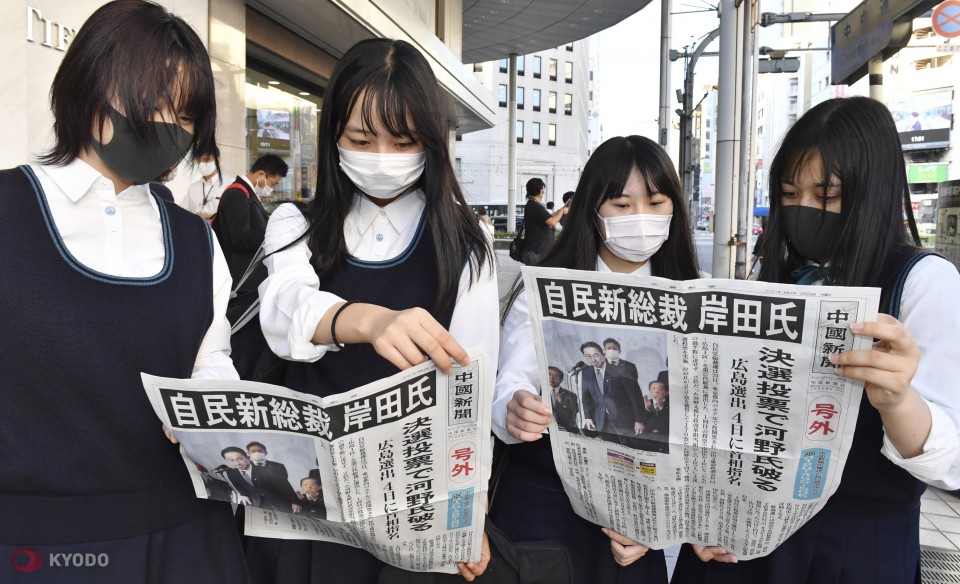 High school students in Hiroshima, the constituency of new Liberal Democratic Party President Fumio Kishida in western Japan, look at an extra edition of a local newspaper on Sept. 29, 2021, reporting his victory in the party presidential election earlier in the day. Kishida is set to become Japan's next prime minister. (Kyodo) ==Kyodo 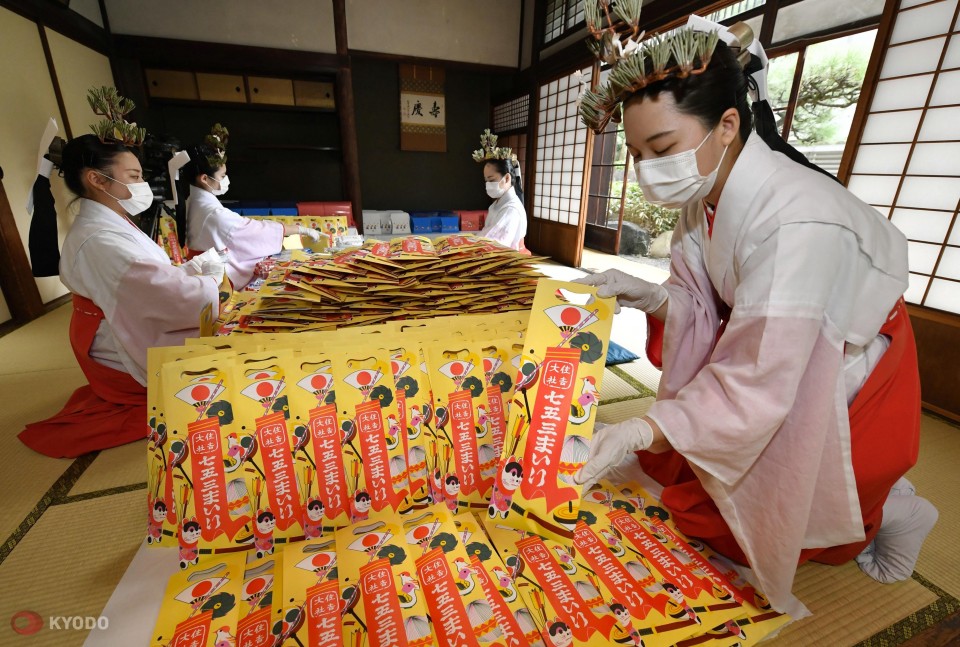 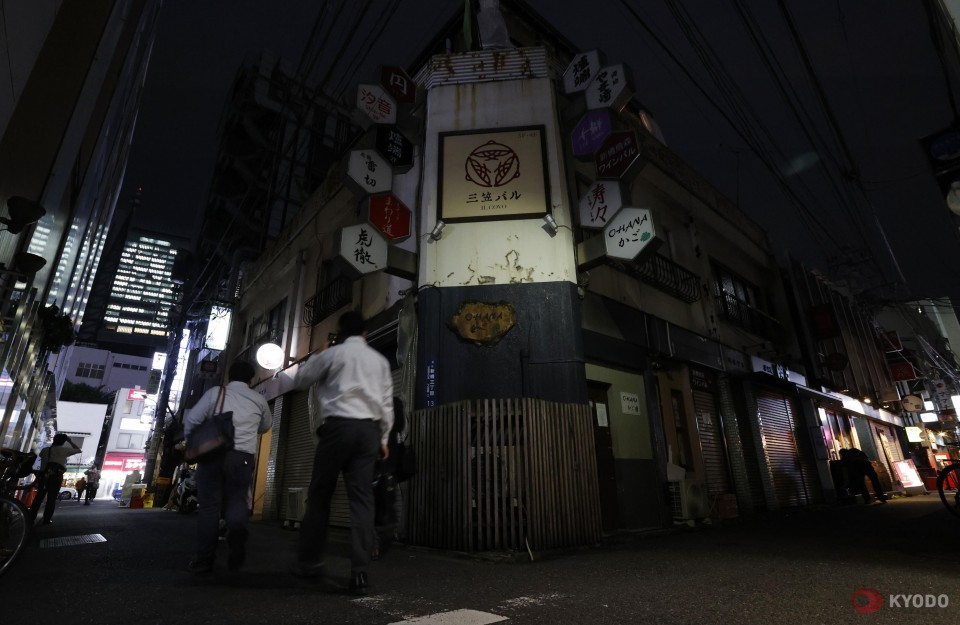 A street lined with bars and restaurants is deserted in Tokyo's Shimbashi area on Sept. 30, 2021, ahead of the lifting of the COVID-19 state of emergency at the end of the day. (Kyodo) ==Kyodo 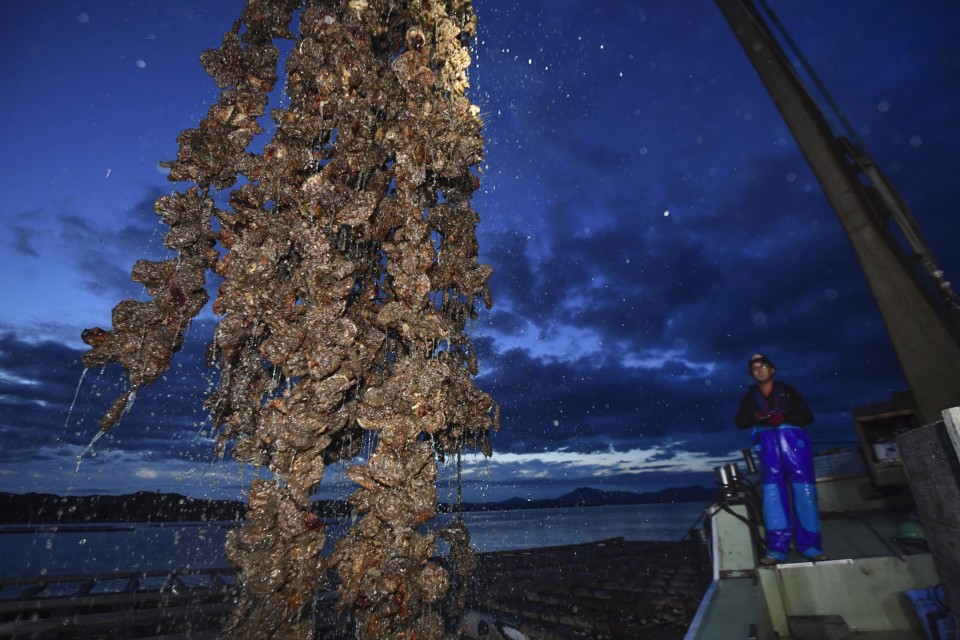 Oysters are collected from the waters off Higashihiroshima, Hiroshima Prefecture, western Japan, on Oct. 1, 2021, as the cultured oyster harvest started. (Kyodo) ==Kyodo
Copyright © 2021 Kyodo News
All rights reserved.
No reproduction, republication or redistribution without written permission.