Neither Rui Hachimura nor Yuta Watanabe will play in their respective teams' openers as the NBA tipped off its 2021-2022 season Tuesday with a doubleheader featuring title hopefuls from each conference.

Hachimura's Washington Wizards will open the season away against Watanabe's Toronto Raptors at Scotiabank Arena on Wednesday, with the players' unavailability robbing the league of a Japanese marquee matchup. 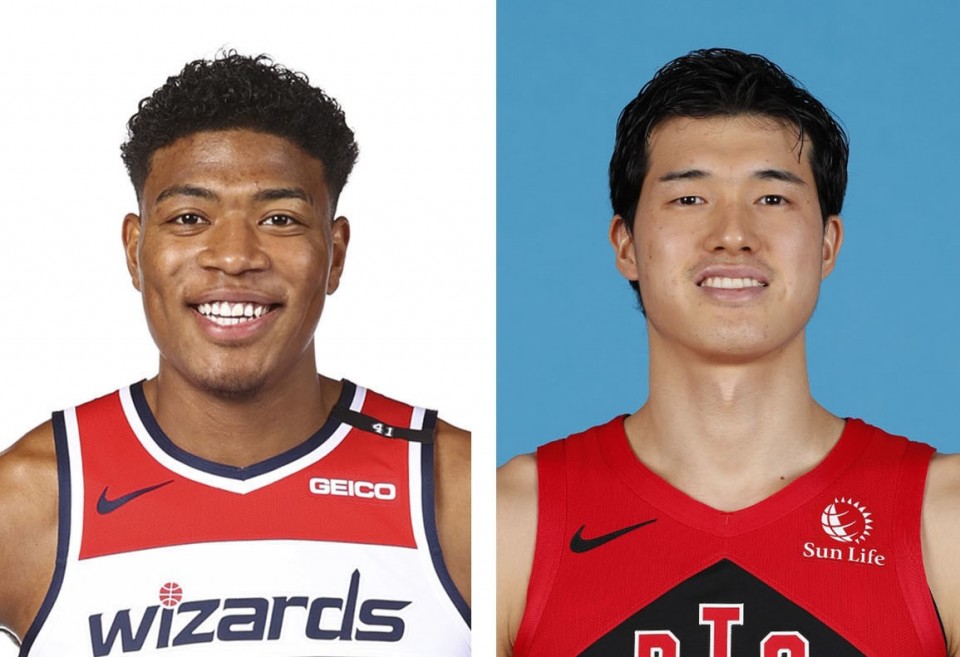 Hachimura had previously been away from the team due to personal reasons and cleared the Wizards' COVID-19 protocol Sunday. Coach Wes Unseld Jr. said that he has no timetable for the 23-year-old forward's full return to the court.

"He'll have individual workout times, he will remain here and get his conditioning in...There is no timetable, so we will see how he progresses and slowly implement him as best we can," Unseld Jr. said in a video posted on Twitter by the team.

Watanabe, who made the final cut after the Raptors trimmed their roster down to 15, has been ruled out due to a calf strain. The left leg injury occurred during practice on Oct. 6, per the club.

The 27-year-old forward will have another chance to make his season debut later this week, as the Raptors play games on consecutive nights against the Boston Celtics and Dallas Mavericks.

The Wizards and Raptors face each other three more times after Wednesday, on Nov. 3, Dec. 5 and Jan. 21.