Japanese Prime Minister Fumio Kishida said Sunday he does not plan to change the country's financial income tax for the time being, after his earlier suggestion of a review apparently cooled investor sentiment and sent Tokyo stocks lower ahead of a House of Representatives election.

The envisaged review of the tax on capital gains and dividends is a major pillar of the new prime minister's policy to redistribute wealth and fix income disparities. Critics say the current flat tax rate of 20 percent is beneficial to wealthy people. 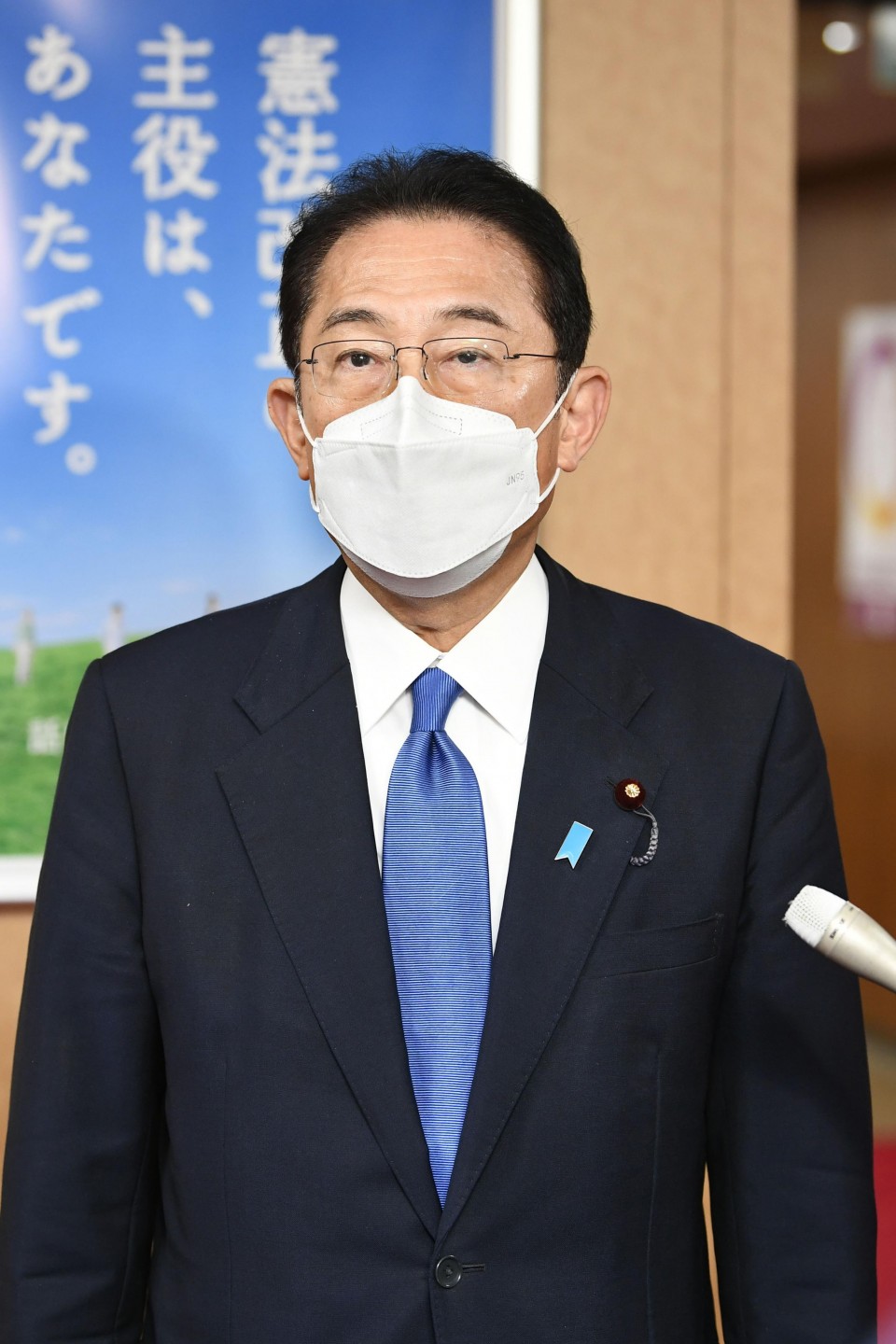 The change in rhetoric came before he is set to dissolve the lower on Thursday for a general election on Oct. 31.

"Much attention has been focused only on the (taxation) issue and there are widespread misperceptions that we will do it immediately," Kishida said on a Fuji TV program.

"There are many things that we need to do before the financial income tax," Kishida said, adding that he will place priority on crafting the country's growth strategy.

In his first press conference as prime minister on Oct. 4, Kishida said, "We need to think about (reviewing) the financial income tax. It's one of various options."

The potential taxation review had weighed on Tokyo stocks, market analysts say. The 225-issue Nikkei stock index had fallen from around 29,500 when Kishida was elected LDP president on Sept. 29 to near 28,000 Friday.

During the TV program, Kishida reiterated that his government will promote tax breaks for companies that raise wages for employees.

Wage growth has been slow in Japan despite relatively solid corporate earnings.

Kishida became the country's new prime minister with a pledge to ensure that the fruits of growth are distributed. "No growth, no distribution. We will first think about how to achieve growth," he said Sunday.

The government plans to compile an economic package worth "tens of trillions of yen" to bolster the coronavirus response and help the economy hit by prolonged COVID-19 restrictions.

Komeito, the junior coalition partner of the LDP, has proposed a cash handout of 100,000 yen ($890) for children under the age of 18. The plan is part of the party's efforts to help households hit by the coronavirus pandemic.

"We are in agreement over the need to distribute cash to people who are struggling," Kishida said, adding that he wants to decide what is the best way to do so in consultation with the ruling parties.