A 19-year-old Japanese took first prize at the Clara Haskil International Piano Competition, considered a springboard for young pianists to an international career, when the finals were held in western Switzerland on Friday.

Yumeka Nakagawa, a first-year student at the University of Music Franz Liszt Weimar in Germany, became the laureate of the 29th edition of the prestigious contest after playing Chopin's Piano Concerto No. 2. 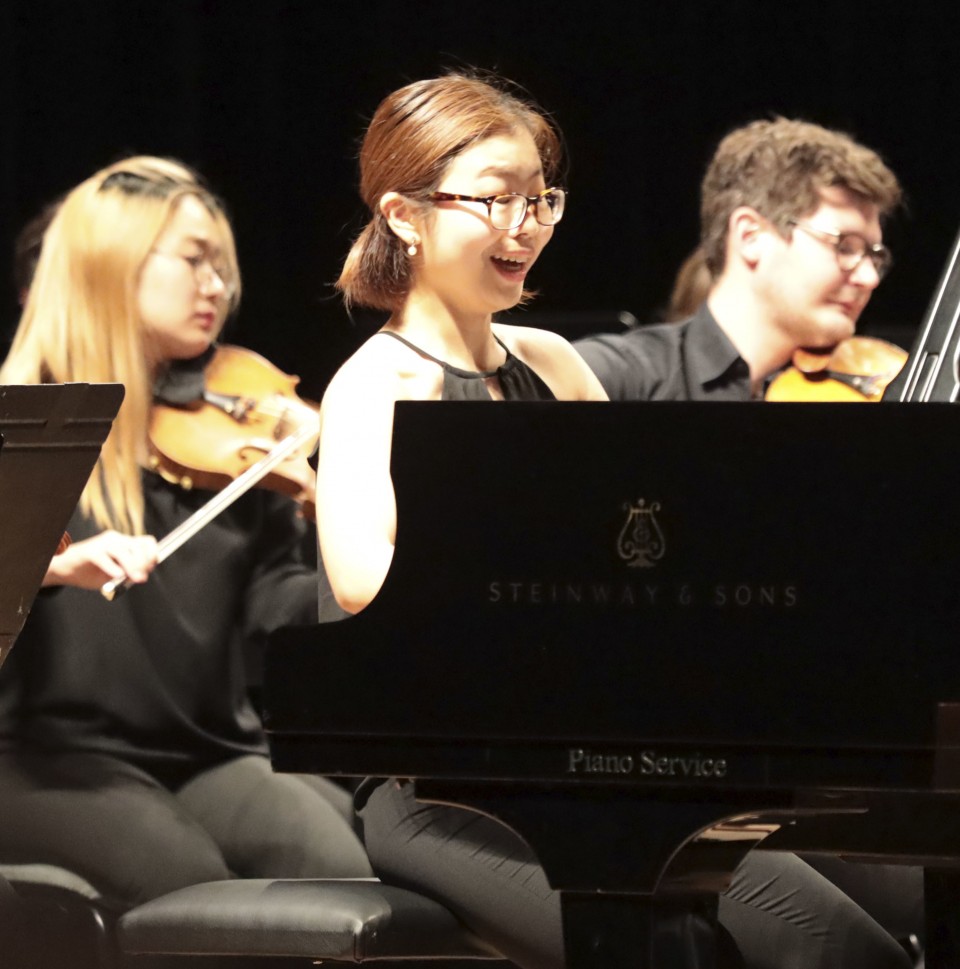 She was among the three Asian candidates to reach the finals. The other finalists were 24-year-old Wataru Mashimo of Japan and 20-year-old Juhee Lim of South Korea.

After the award ceremony, Nakagawa, who started playing the piano at the age of 4, said she was very happy and most grateful for the warm response from the audience, who voted to award her the Public Prize. "This prize might change my life," said Nakagawa, who was born and raised in Germany.

Hisako Kawamura, a member of the jury and the 2007 winner of the biennial competition, explained that Nakagawa was awarded the first prize because of her great potential to become part of the next generation of pianists.

Twenty-four candidates were selected from among 133 international applicants aged 27 or under, and were invited to Vevey for a three-round selection process.

The Clara Haskil competition's purpose is to discover a young musician capable of representing values including musicality, humility and attention to chamber music partners, according to its organizers.

The jury members can decide not to award any prize if they deem that no candidate fully embodies those values. The Clara Haskil prize, launched in 1963, has been awarded 23 times in its 29 editions.

Such values are inspired by the life and career of Clara Haskil, a Jewish Romanian pianist born in Bucharest in 1895 and naturalized in Switzerland where she fled from war in 1942. She died in Belgium in 1960.

The audience gave Nakagawa an enthusiastic round of applause. Asked about her performance, a 27-year-old female piano student commented, "Nakagawa has a lot of energy and plays in a very sincere way."

A 75-year-old man, who had listened to the quarterfinals and semifinals, said, "I particularly like the energy that comes out of her playing and the joy she puts in her music."

Among the past winners of the competition is Japanese pianist Mao Fujita, who ranked second at the renowned Tchaikovsky piano competition in 2019 after winning the Clara Haskil prize in 2017.