For much of the COVID-19 pandemic, Australia and New Zealand have been lauded for successfully seeking zero community transmissions of coronavirus through strict border measures that saw their citizens live with relative freedoms.

But the arrival of the highly infectious Delta variant is forcing the two nations to rethink their zero tolerance approach to COVID-19, as infection numbers swell to record highs despite weeks of lockdowns.

The current outbreak hit Australia first. On June 16, a Sydney driver transporting international airline crew was found infected with the virus. As related Delta infections spread, a lockdown was imposed on the country's largest city. 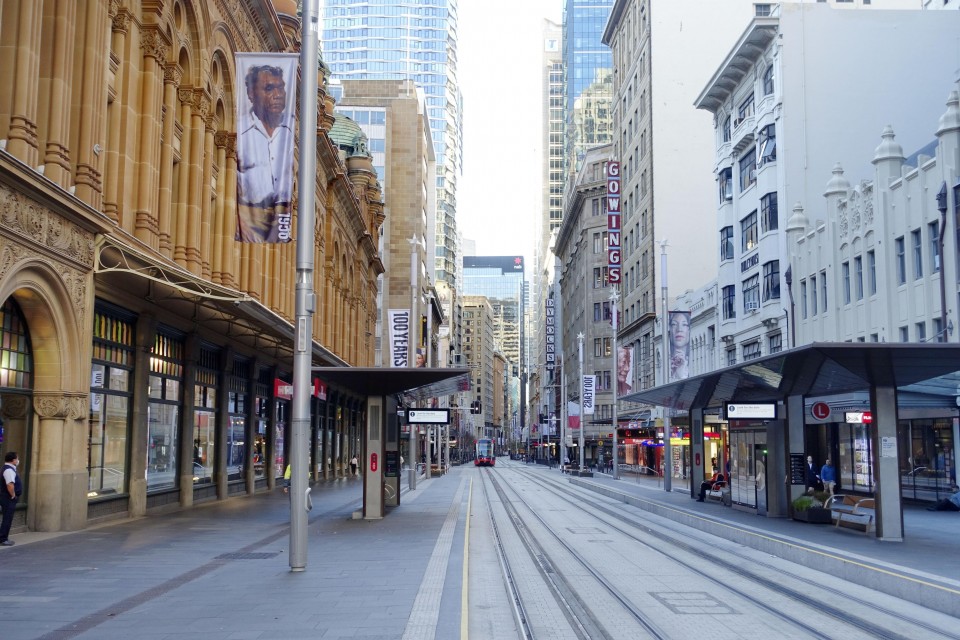 The lockdown has since expanded to cover New South Wales, where Sydney is located, and two other regions, Victoria and the Australian Capital Territory. But the lockdown and contact tracing measures Australia has relied upon so far have failed to curb the virus's spread.

New South Wales is now seeing most infection cases in the nation, hitting over 1,000 new cases a day despite enduring months of lockdown. The lockdown has also failed to bring down cases in Victoria, the state further south.

The deteriorating situation in Australia's southeast prompted Prime Minister Scott Morrison to concede in August that it is "highly unlikely" the country will return to zero cases in the community.

Authorities are being forced to abandon the zero-COVID strategy and turn instead to vaccinations as the path to freedom.

This has caused a split between the country's state and territory leaders, however, as some of those boasting zero community infections within their borders backpedal on their agreements to reopen once 70 to 80 percent of the adult population is vaccinated.

The state's slow vaccination efforts, as well as McGowan signaling his intention to keep its borders closed after vaccination rates reach the nationally agreed level, have left outsiders wondering how long the state will remain closed off to the rest of the country.

Across the Tasman Sea in New Zealand, the detection of a single case in its largest city Auckland put the entire population of 5 million under the highest-level restrictions on Aug. 17.

Under the country's zero-COVID strategy, all schools and businesses were closed apart from those providing essential services, such as supermarkets and pharmacies, as infection numbers continued to rise.

Unlike in Australia, New Zealand's political leadership so far remains behind the strategy, with Prime Minister Jacinda Ardern saying "it's not only possible, it remains the best strategy."

The strategy also has backing from the country's scientists.

"We can just see what's going on in other countries, that this was absolutely the right decision to make," said Siouxsie Wiles, a microbiologist and associate professor at the University of Auckland.

Wiles said she opposes New Zealand following Australia in shifting focus from the number of cases to the number of hospitalizations with the Delta variant.

After three weeks of a nationwide lockdown, restrictions were eased in most of the country on Wednesday, leaving the strictest measures in place just in Auckland at least until next week as community transmission cases have persisted there.

While New Zealand seems to have ridden out its worst outbreak during the pandemic, the latest wave has prompted debate on how long the zero-COVID strategy will remain viable for the nation.

Speaking on television program Q+A on Aug. 22, COVID-19 Response Minister Chris Hipkins conceded that the Delta strain raises "big questions" about the country's pandemic response, as he questioned the adequacy of existing measures to contain the virus.

"At some point we will have to start to be more open in the future," Hipkins said.

Helen Petousis-Harris, a vaccinologist and associate professor at the University of Auckland, agrees, saying New Zealand will have to "let go of the fluffy blanky we've enjoyed for so long," referring to the safety and security citizens have enjoyed in a land free of COVID-19.

As the debate unfolds, New Zealand is now turning its focus to ramping up the country's vaccine rollout to forge a path out of the pandemic. So far, however, authorities have avoided clarifying what percentage of vaccination is needed to trigger a border reopening.

"I think we need to aim really high, rather than set something at 80 percent or 85 and then think we've got the job done," said Petousis-Harris.

Rates of infection and death from the virus in the two countries remain well below most comparable nations, with Australia recording around 65,000 cases and slightly over 1,000 deaths, and New Zealand logging around 4,000 cases and 27 deaths.