Former Foreign Minister Fumio Kishida on Thursday pledged an economic package with "tens of trillions of yen" to fight the COVID-19 pandemic as a pillar of his policy platform, as he faces off against Prime Minister Yoshihide Suga in the ruling Liberal Democratic Party's upcoming leadership race.

The package includes a plan to strengthen financial aid to businesses affected by government policies such as a request for shorter hours and people hit by the economic slump in the wake of the pandemic, Kishida said at a press conference. 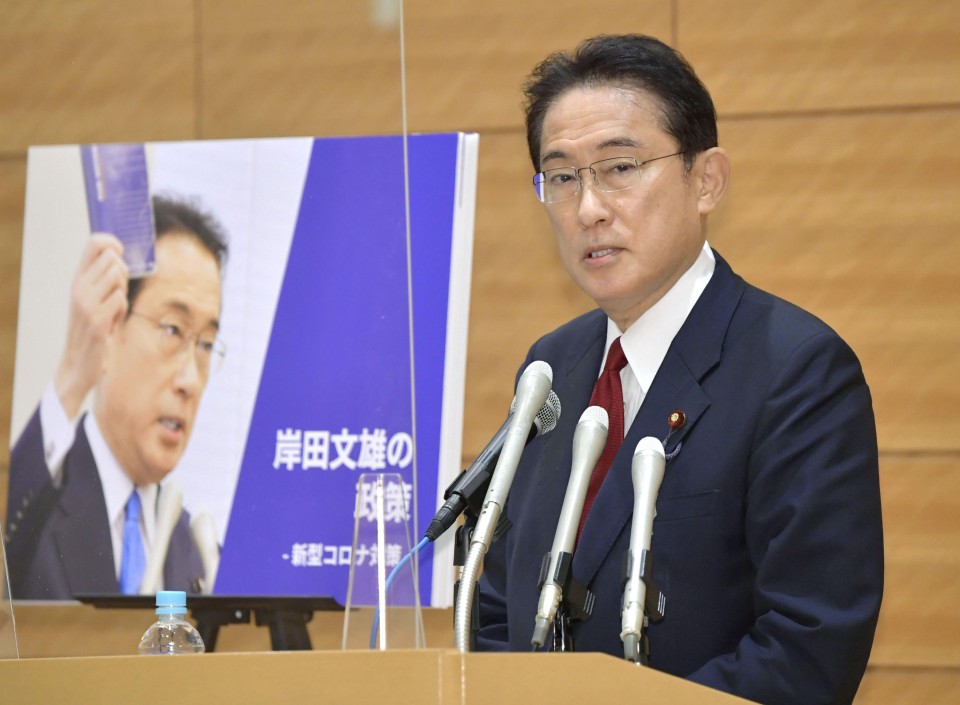 Suga met with LDP Secretary General Toshihiro Nikai the same day and relayed his intention to run in the Sept. 29 race for re-election as the party's president as well as reshuffle its executives on Monday to gain fresh impetus for the poll, people familiar with the conversation said.

The lineup change would see Nikai leave the LDP's No. 2 post after a record-long five years, and could also lead to a minor change to Suga's Cabinet.

Kishida also proposed a plan to reduce the number of people without access to medical care to zero by securing enough hospital beds for COVID-19 patients and create a health crisis management agency to cope with the coronavirus crisis, if he wins the vote.

"There are many voices among the people that the government is not providing enough explanations about its coronavirus response, and that it is too optimistic in grasping the situation," the 64-year old, who served as foreign minister and chairman of the LDP Policy Research Council under former Prime Minister Shinzo Abe, said at a press conference.

Kishida outlined policies focusing on coronavirus response and is expected to announce other policies at a later date.

He is making his second attempt at becoming LDP leader and therefore prime minister, having lost to Suga in last September's vote.

"I will always keep in mind the worst case scenarios in managing a crisis, without thinking it is probably going to be okay," he said, displaying his stance of focusing on crisis management amid growing public discontent with the government's anti-virus measures.

Kishida added he will "personally offer thorough explanations about the government's (coronavirus) policy, its necessity and the process that led to the decision" to gain people's understanding.

The pledges appear to take into account criticism of the Suga government for its lack of account to the public on its policy to address the recent spread of the highly contagious Delta variant, which has put a strain on the country's medical system, as well as the slow progress in its inoculation drive.

Kishida also called for the introduction of digital vaccine passports proving a person's record of inoculation to facilitate economic activities once the spread of the virus comes under control.

The election, with campaigning set to start on Sept. 17, is so far expected to be a race between Suga, Kishida and possibly former internal affairs minister Sanae Takaichi, who is trying to secure the endorsement of 20 lawmakers.

Last week, Kishida, who heads an LDP faction with over 40 lawmakers, said that if he were elected LDP leader, he would limit the terms of LDP executives -- excluding the president -- to up to three consecutive years in order to prevent the concentration of power.

In his first bid for the 2020 LDP presidential election, Kishida, who hails from a political family in Hiroshima, came second behind Suga. Former Defense Minister Shigeru Ishiba came third.