The Asian Development Bank on Wednesday trimmed further its growth prospects this year for developing and newly industrialized Asian economies to 7.1 percent as lingering concerns over the coronavirus pandemic persist in the region.

The Manila-based multilateral bank adjusted once more its 7.2 percent growth forecast in July, which was also a slight revision from a projection of 7.3 percent three months prior. 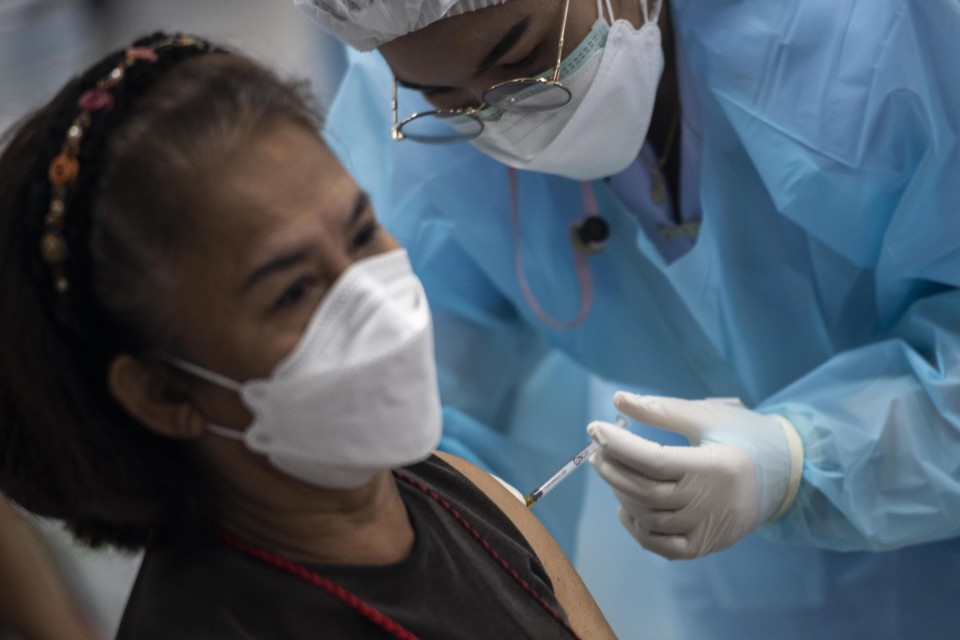 A woman is administered with the AstraZeneca coronavirus vaccine in Bangkok on July 13, 2021. (Getty/Kyodo)

On the other hand, the growth forecast for 2022 remains the same at 5.4 percent, which was also earlier revised from a slightly lower expectation of 5.3 percent in April.

"The main risks are still associated with COVID-19, including the emergence of new variants, the waning effectiveness of vaccines and slow progress on vaccination," ADB Acting Chief Economist Joseph Ernest Zveglich told a press conference, citing the latest findings of the Asian Development Outlook 2021 report.

The report presents economic prospects for what ADB calls "developing Asia and the Pacific" -- a grouping of 45 economies not including Japan, Australia and New Zealand.

China, the region's largest economy, is still expected to grow by 8.1 percent, while the growth forecast for India, the second largest, has been slightly downgraded to 10 percent from 11 percent.

Despite this latest downward revision, this year's forecast for the region is still considered a major rebound following a 0.2 percent contraction in 2020 when the coronavirus pandemic broke out and the series of slowdowns over the last few years since 2017.