The Japanese public appears split over hosting the Olympics again in the future, while nearly 40 percent of respondents think it was good that the Tokyo Games went ahead despite COVID-19, a private-sector survey recently showed.

The online survey by the Nomura Research Institute also found around 45 percent of respondents in Tokyo and its nearby areas, where most competition venues were located, said it was "the right move" to hold the games without spectators. 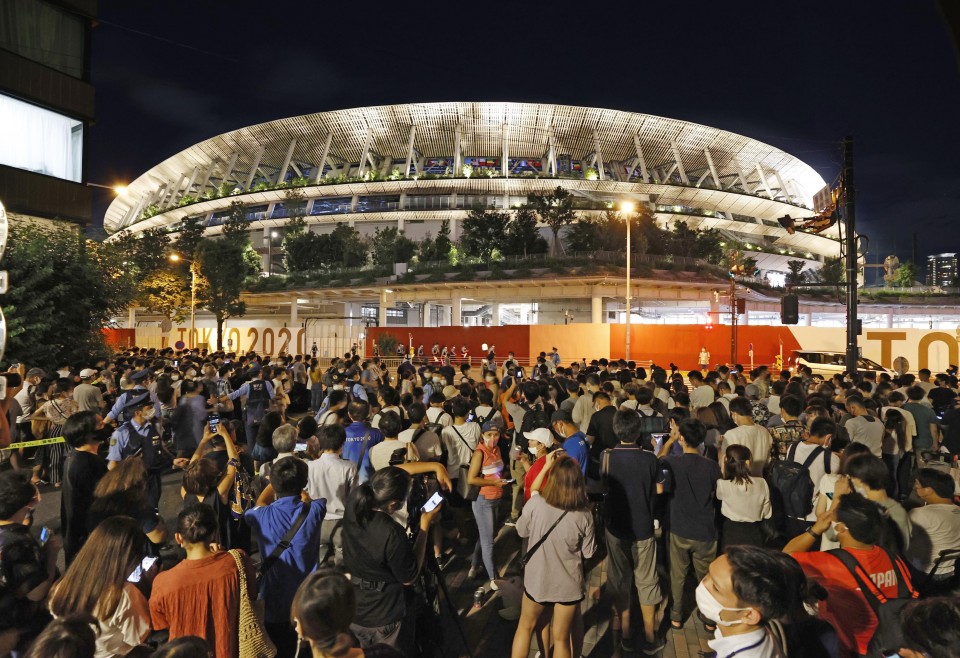 The spread of COVID-19 posed a daunting challenge to the organizers who ran the Olympics from July 23 to Aug. 8 despite public opposition and concern that it would become a superspreader event. Foreign spectators were barred.

Asked if Japan should host the Olympics again in the future, 36.3 percent in the survey covering 3,564 people were positive about the prospect while 36.0 percent were negative. Some 27.7 percent were neither for nor against Japan hosting the games again.

The games' organizers and the Japanese government sought to reassure a wary public by promising to deliver a "safe and secure" games. Prime Minister Yoshihide Suga, who had faced a barrage of criticism for his government's handling of the coronavirus pandemic, is stepping down later this month amid plunging public support.

A combined 38.8 percent said it was "very good" or "good" that the Olympics were held, while 30.5 percent said the games should have been canceled.

Corporate sponsors also had hard times deciding how to position themselves amid concern about potential reputational damage. In Japan, Toyota Motor Corp., a top-tier sponsor, decided not to air TV commercials related to the Olympics. Company presidents also refrained from attending the opening ceremony as whether to go ahead with the games remained a divisive issue.

The Nomura survey carried out on July 24 and Aug. 8 found no significant change in public perceptions of corporate sponsors before and after the Olympics.

Before the major sporting event, 49.9 percent had favorable perceptions, while 50.2 percent had negative ones. The corresponding figures were 48.8 percent and 51.2 percent after the Olympics, respectively.