The chief financial officer of Chinese tech giant Huawei Technologies Co., who has admitted to fraud charges, was released by Canadian authorities Friday around three years after she was detained in Vancouver on behalf of the United States, the Justice Department said. 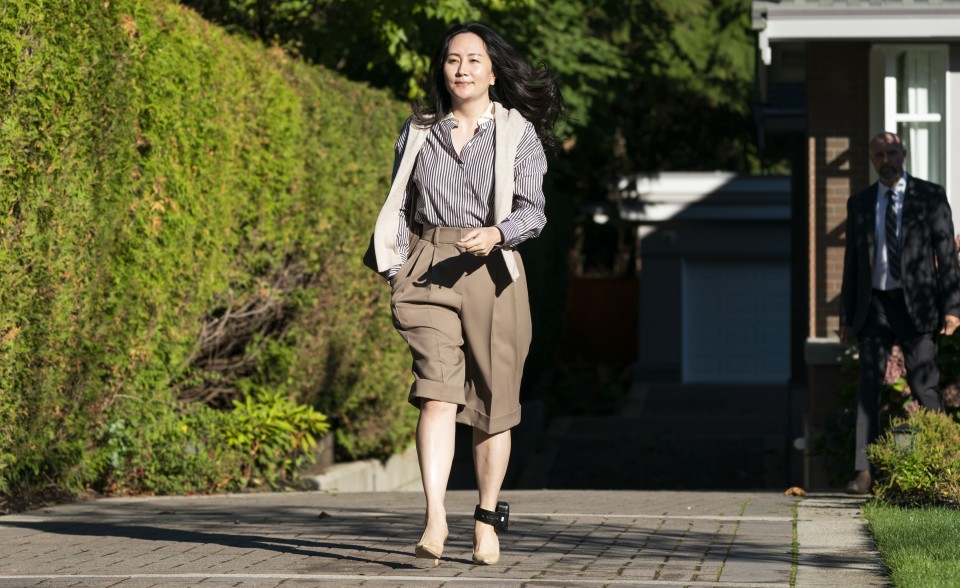 Huawei CFO Meng Wanzhou walks out of her home on September 28, 2020 in Vancouver, Canada. (Getty/Kyodo)

Under the terms of the deal, Meng, 49, confirmed the accuracy of a four-page statement of facts regarding her knowingly false statements to a financial institution, and could face prosecution on all charges if she breaches the agreement such as through further criminal conduct.

For its part, the U.S. government withdrew its request that Meng be extradited from Canada.

"Our prosecution team continues to prepare for trial against Huawei, and we look forward to proving our case against the company in court," Assistant Attorney General Kenneth Polite Jr. of the department's Criminal Division was quoted as saying.

In December 2018, Canada arrested Meng at the request of the United States, which has accused her of helping Huawei evade U.S. sanctions on Iran. Her detention became a source of tension between Beijing and Washington.

Meng is the daughter of Huawei's founder, Ren Zhengfei, who is a former engineer in the Chinese military. His company is known as a leader in the field of next-generation 5G mobile communications.

In June 2020, Chinese authorities said Kovrig and Spavor had been indicted for spying to obtain state secrets and intelligence.