Yoshitomo Tsutsugo continued to deliver at the plate Monday for the Pittsburgh Pirates, driving in a pair of runs in a 6-3 win over the Detroit Tigers.

Tsutsugo's 2-for-4 outing at Pittsburgh's PNC Park came a day after he homered in back-to-back road games against the Chicago Cubs. 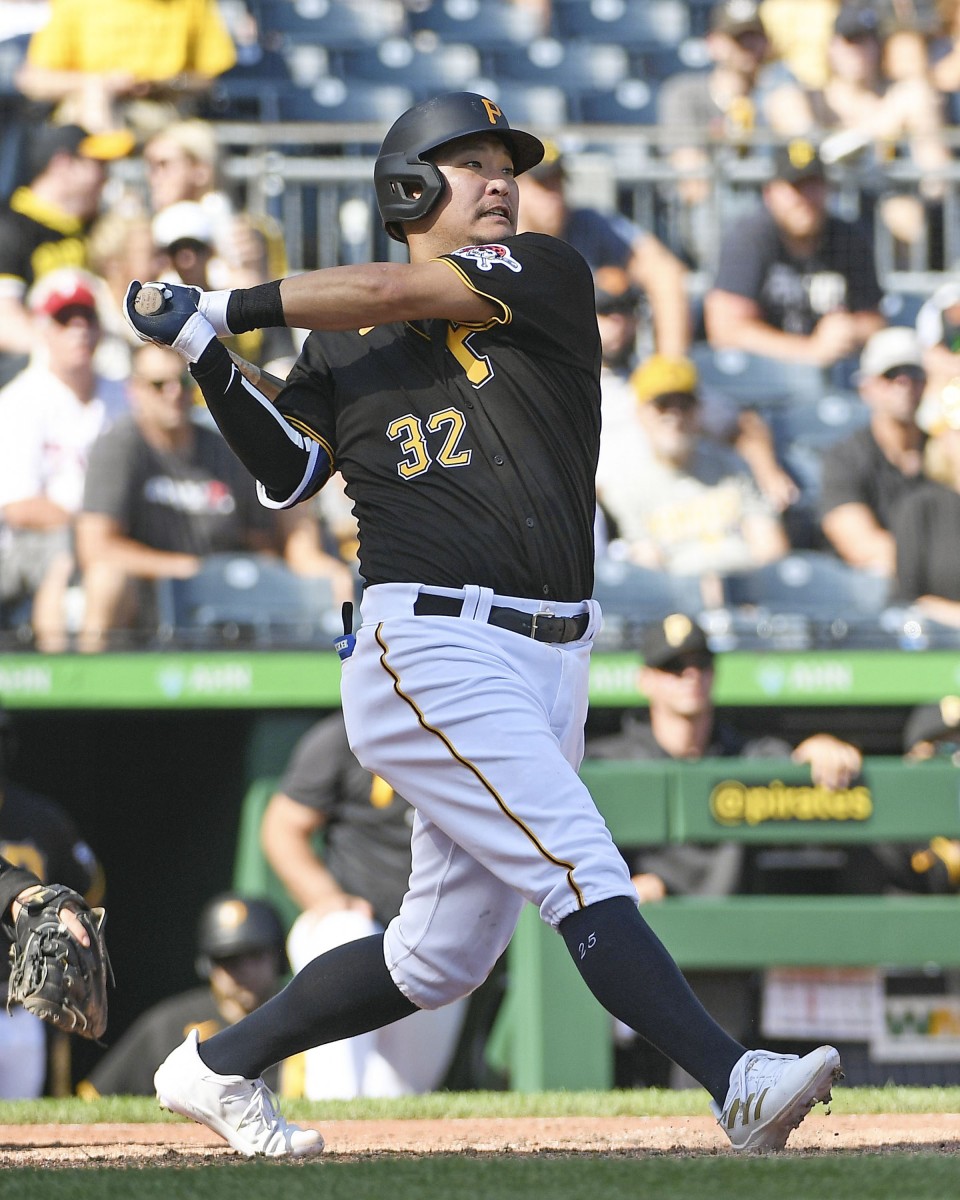 Yoshitomo Tsutsugo of the Pittsburgh Pirates hits a two-RBI single in the seventh inning during a game against the Detroit Tigers in Pittsburgh on Sept. 6, 2021. (Getty/Kyodo)

With Pittsburgh leading 4-3 in the bottom of the seventh, Tsutsugo gave his club breathing room with a two-RBI single off right-hander Kyle Funkhouser (6-3).

The win snapped a six-game skid for the Pirates, who sit bottom of the National League Central division.

Tsutsugo is batting .286 with seven home runs and 15 RBIs in 20 games for the Pirates, who signed the 29-year-old outfielder and first baseman after he was released by the Los Angeles Dodgers' minor-league affiliate.

At Houston's Minute Maid Park, Yusei Kikuchi was pulled from the mound after just 1-2/3 innings in a nightmare start for the Seattle Mariners, who lost 11-2 to the Astros.

Following a scoreless first inning, Kikuchi (7-8) surrendered six runs in the second, four of them earned, including a three-run homer to Jake Meyers.

At Angel Stadium, Shohei Ohtani went 0-for-4 as the Los Angeles Angels fell 4-0 to the Texas Rangers.