The head of Japan's Paralympic team said Monday the 51 medals the host nation won at the world's largest sporting event for athletes with impairments was a "big achievement" and a result of all of its members giving out everything they had.

At a small ceremony held in Tokyo, a day after the closing of the Paralympics, the delegation flag was returned to the Japanese Paralympic Committee, officially marking the end of the team's participation in the 13-day games, staged following a one-year postponement due to the COVID-19 pandemic.

"We were able to deliver a very meaningful and a big achievement. This is proof the Japanese delegation, representing diversity and unity, worked with utmost efforts," said Junichi Kawai, the chef de mission. 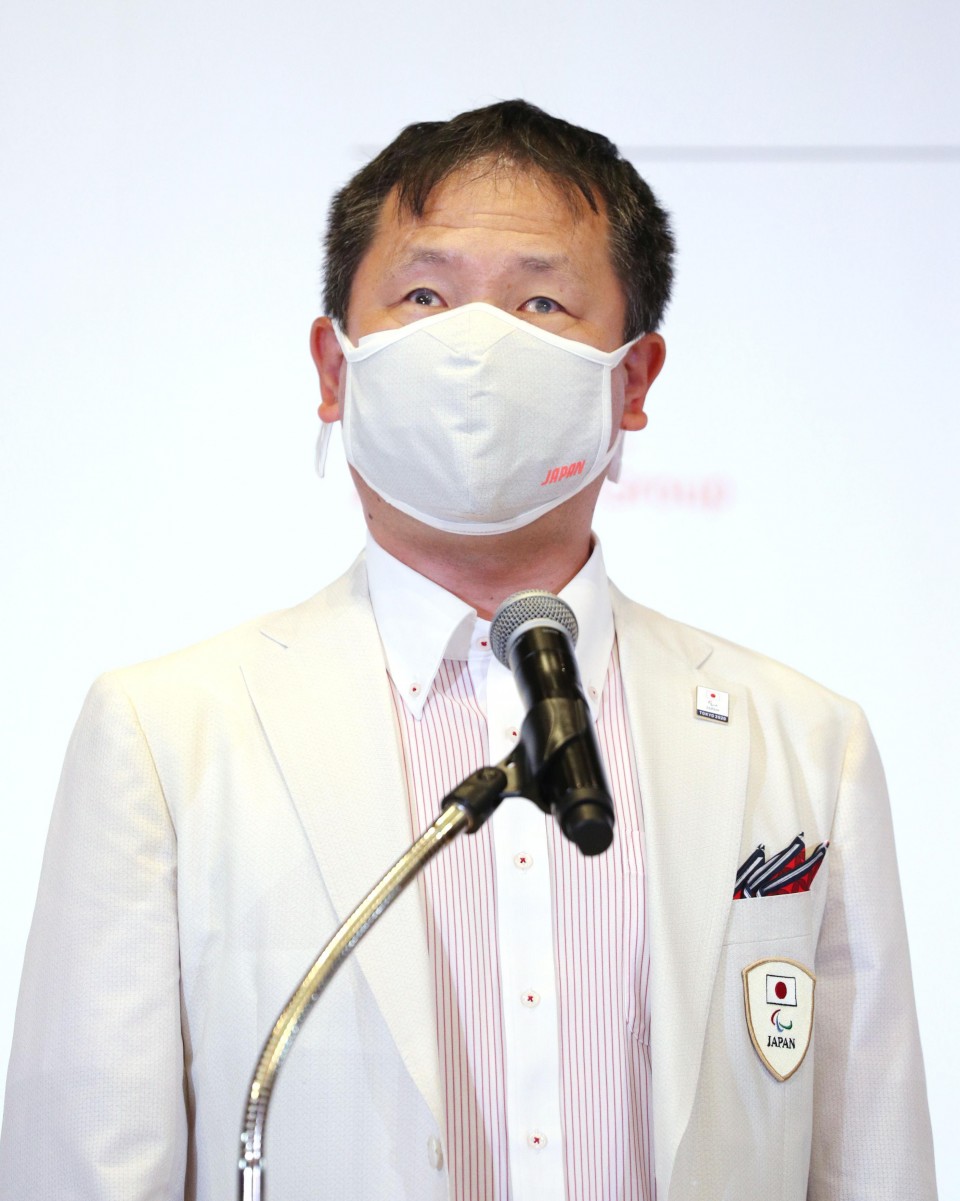 Junichi Kawai, chef de mission of Japan's Tokyo Paralympic delegation, gives a speech during a ceremony at a hotel in Tokyo on Sept. 6, 2021. (Pool photo)(Kyodo)

The team, consisting of a record of over 250 athletes, captured 13 gold medals at the Tokyo Paralympics, even though Japan finished without any at the previous 2016 games in Rio de Janeiro.

Kawai, a six-time Paralympic swimmer, emphasized that the 51 medals, one short of Japan's record medal haul at the 2004 Athens Games, came in 12 of the 22 sports that were staged.

Table tennis player Koyo Iwabuchi and triathlete Mami Tani, who carried the flag at the opening ceremony on Aug. 24, handed the flag to Kawai, who then returned it to JPC Chairman Mitsunori Torihara during the event.

Delegation captain Shingo Kunieda, who won gold in the men's wheelchair tennis singles on Saturday, was unable to attend as he needed to travel to New York to compete at the U.S. Open.

Kawai, a 21-time Paralympic medalist, said, "Last night, the flame of the Tokyo 2020 Games went out quietly, but performances and messages that everyone delivered have started to light a new flame in many Japanese people's hearts."