A 90-year-old former top bureaucrat has decided not to appeal a recent court ruling that sentenced him to five years in prison without suspension for negligence over a fatal Tokyo car accident in 2019, sources close to him said Wednesday.

The decision effectively finalizes the Tokyo District Court's Sept. 2 ruling that convicted Kozo Iizuka, a former chief of the now-defunct Agency of Industrial Science and Technology, of negligence resulting in the deaths of a woman and her 3-year-old daughter as well as injuries to nine others. 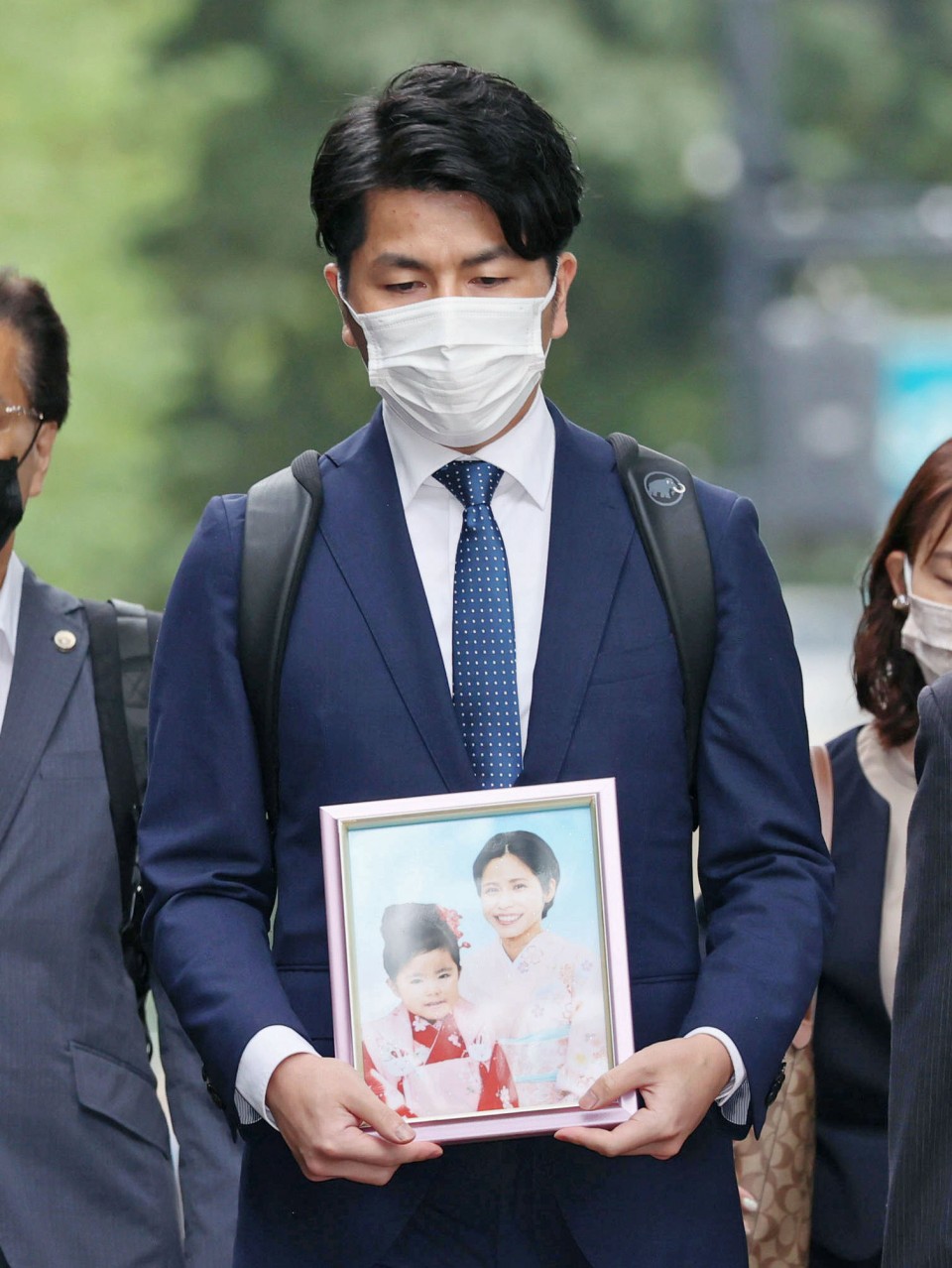 Takuya Matsunaga, whose wife and daughter were killed when a car hit them at a crosswalk in Tokyo's Ikebukuro area in April 2019, walks to the Tokyo District Court on Sept. 2, 2021. Later in the day, the court sentenced 90-year-old former top bureaucrat Kozo Iizuka to five years in prison for negligence over the car accident. (Pool photo) (Kyodo) ==Kyodo

The high-profile case has stirred debate about the increasing number of elderly drivers on Japanese roads and the dangers they may pose amid the rapid graying of society. Iizuka had pleaded not guilty, maintaining that a mechanical issue with the car caused him to lose control of it.

Since Iizuka is unable to walk on his own and uses a wheelchair, it is unclear whether he will spend time behind bars. Japan's criminal procedure law allows for punishment to be suspended for convicts aged 70 and over and for those with deteriorating health.

The defendant had told the court he may have Parkinson's disease.

According to the sources, Iizuka met Wednesday morning with the chief of a nonprofit organization supporting the families of those convicted of or alleged to have committed crimes and said, "I am sorry for the bereaved families. I want to accept the verdict."

Prosecutors are also not expected to appeal the ruling before the deadline Thursday.

The district court ruled that Iizuka ran a red light after mistaking the gas pedal for the brake, hitting and killing bicycle-riding Mana Matsunaga, 31, and her daughter Riko when his vehicle entered a crosswalk in Tokyo's Ikebukuro area on April 19, 2019.

The ruling said that he mistakenly pressed down on the gas pedal instead of the brake for around 10 seconds during the incident, accelerating the car to a speed of up to 96 kilometers per hour.

He also injured nine others, including his wife who was a passenger in the car.

Prosecutors had sought a seven-year prison term for Iizuka. The court deemed a five-year prison sentence was appropriate given his ailing physical condition due to his age and the social censure he had been subjected to.

Iizuka, who was also injured in the accident and hospitalized, was indicted without arrest in February last year, triggering a public outcry and claims that he had been given preferential treatment due to his former government position.