A pumpkin weighing 394 kilograms has won a contest as Japan's biggest pumpkin for this year.

The pumpkin, grown by Toshiaki Shiraki, a 76-year-old farmer from Mie Prefecture, central Japan, won the 35th edition of the contest at the former town hall of Tonosho in Kagawa Prefecture, western Japan. 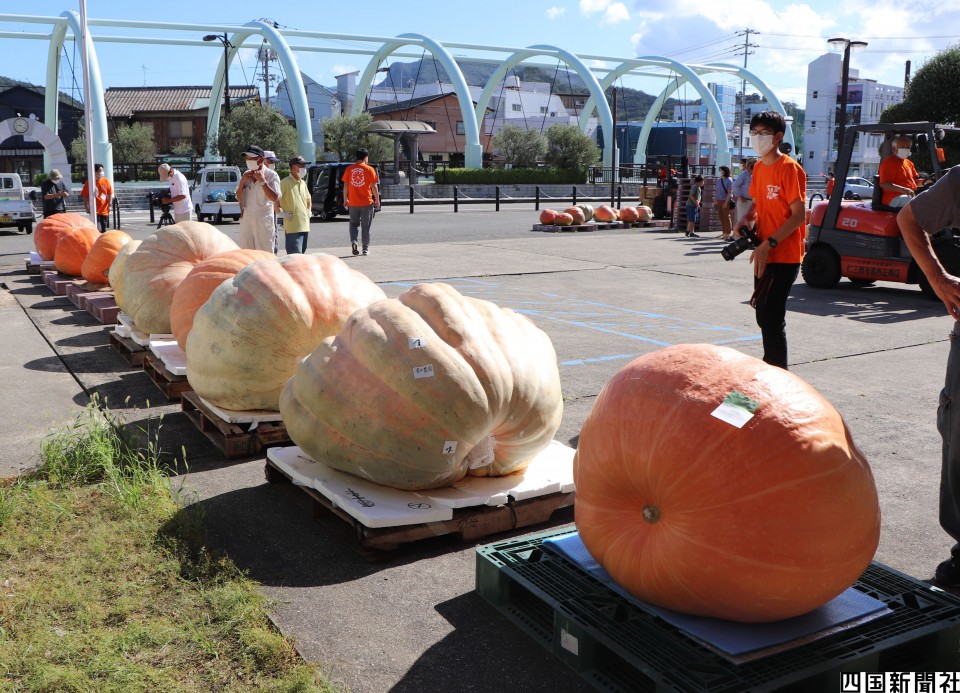 A total of 66 pumpkins from 9 prefectures were entered in the event, including some from Chiba, Mie, Okayama and Kagoshima prefectures that remained at home due to the coronavirus pandemic.

Those that made it to Tonosho were carefully weighed with the help of a forklift truck.

Shiraki, who was unsuccessful the previous two years, won the right to participate in the world championships later this year in the United States. However, he will not travel due to the risk of infection from the coronavirus, and will simply send a record of how much his pumpkin weighed.

Hidenori Uchida, a 69-year-old farmer from the city of Hokuto in Yamanashi Prefecture, west of Tokyo, came in third place with a pumpkin of 342.1 kg.

"I have been checking the pumpkins every morning and evening to see how they are growing, and I have been watering and fertilizing them carefully," he said.

"It's a pity that some of the pumpkins started to rot after the heavy rain in August. We hope to grow bigger pumpkins next year," he said.

"Double diamond" viewing under way at Japan's other Mt. Fuji