Japan's Nasa Hataoka capped a 6-under round with a hole-in-one on the par-3 11th to sit two shots off the lead after Friday's opening round of the LPGA's NW Arkansas Championship.

Hataoka, the 2018 winner of the tournament, is in a five-way tie for fifth behind Australia's Katherine Kirk, and South Koreans Kim A Lim and Ji Eun Hee who are tied for the lead. 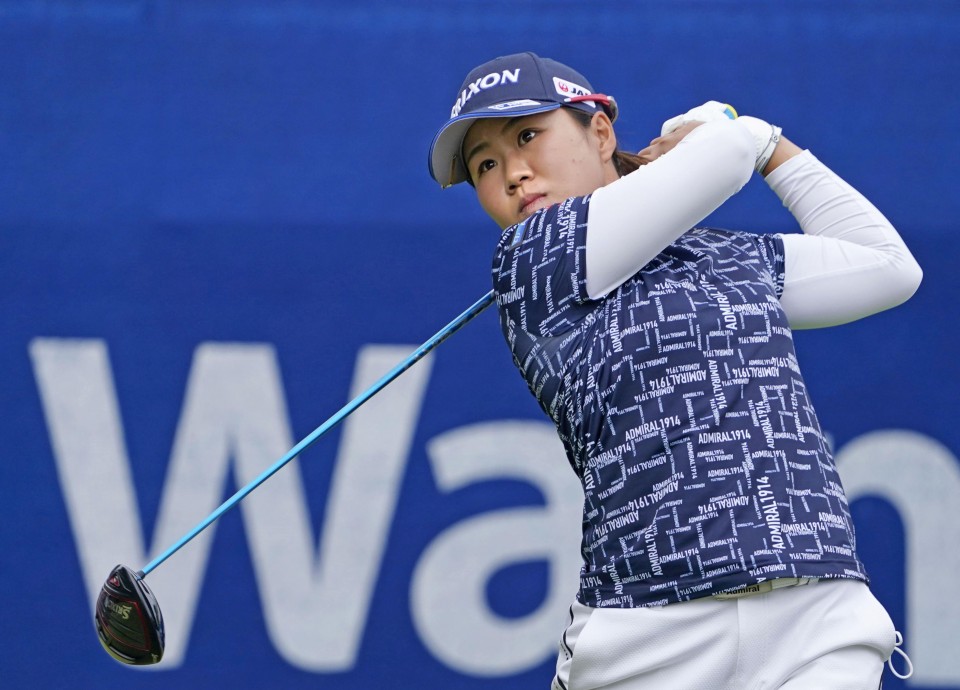 Japan's Nasa Hataoka tees off on the first hole in the opening round of the NW Arkansas Championship in Rogers, Arkansas, on Sept. 24, 2021. (Kyodo)

All three leaders went bogey-free to card rounds of 8-under 63 in the 54-hole tournament at the Pinnacle Country Club.

The trio leads American Sarah Burnham by one stroke.

"I didn't think it would go in," Hataoka said after her hole-out on the 135-yard 11th, her iron shot finding a pin tucked in the front-right corner of the green.

She followed up her ace with her third of four birdies on No. 12, adding the final one on the 18th to close out a bogey-free round.

But she missed short birdie putts on the 15th and 16th which led to a post-round lament that she "wasted a lot of strokes. I have a lot of regrets," she said.

Hataoka is one of seven past champions competing. She set a 21-under-par tournament record in 2018, a record that still stands.

The 22-year-old Hataoka, the U.S. Women's Open playoff runner-up in June, now has three aces in her LPGA Tour career.

She broke through in 2018 and established herself as one of the top young golfers on tour with two victories and 11 top-10 finishes.