A Japanese health ministry panel said Friday it does not currently have enough information to determine whether there is a causal link between the deaths of three men and their inoculations using batches of Moderna Inc. COVID-19 vaccine doses that were later withdrawn from use over contamination fears.

Moderna and Takeda Pharmaceutical Co., which is in charge of sales and distribution of the U.S. biotechnology firm's vaccine in Japan, suspended last month the use of three lots of the vaccine containing around 1.63 million doses after stainless steel contaminants were found in some vials in one of the lots. 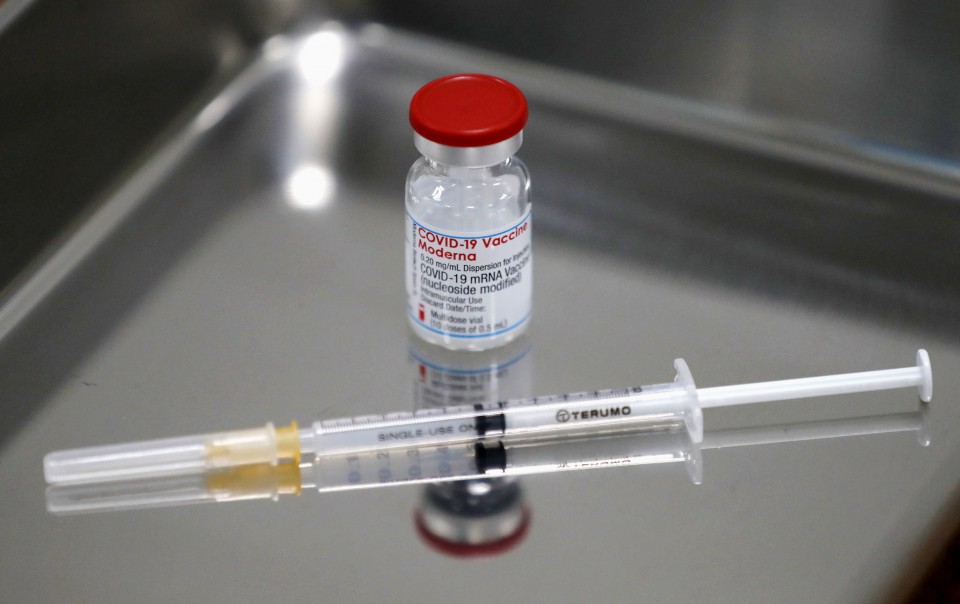 Three men aged 38, 30 and 49 died after receiving their second shots in August. The doses they were administered did not belong to the lot number confirmed with the contaminants, but were subject to recall as a precaution as they were manufactured on the same production line at the same time in Spain.

The two men in their 30s had no underlying health conditions and both died three days after receiving their second shot. The 49-year-old, who died a day after getting vaccinated, was allergic to buckwheat but had no history of a major disease.

The panel is expected to continue looking into their deaths.

When announcing the recall, Moderna and Takeda said, "Stainless steel is routinely used in heart valves, joint replacements and metal sutures and staples. As such, it is not expected that injection of the particles identified in these lots in Japan would result in increased medical risk."

Of the 1.63 million doses, 500,000 shots are believed to have been already administered.

Japan to receive 150 mil. shots of Novavax vaccine from early 2022