A senior official of United Russia, Andrei Turchak, said at a political rally in Moscow that the party had "obtained a clean and honest victory" in the election for the 450-member State Duma, according to local media. 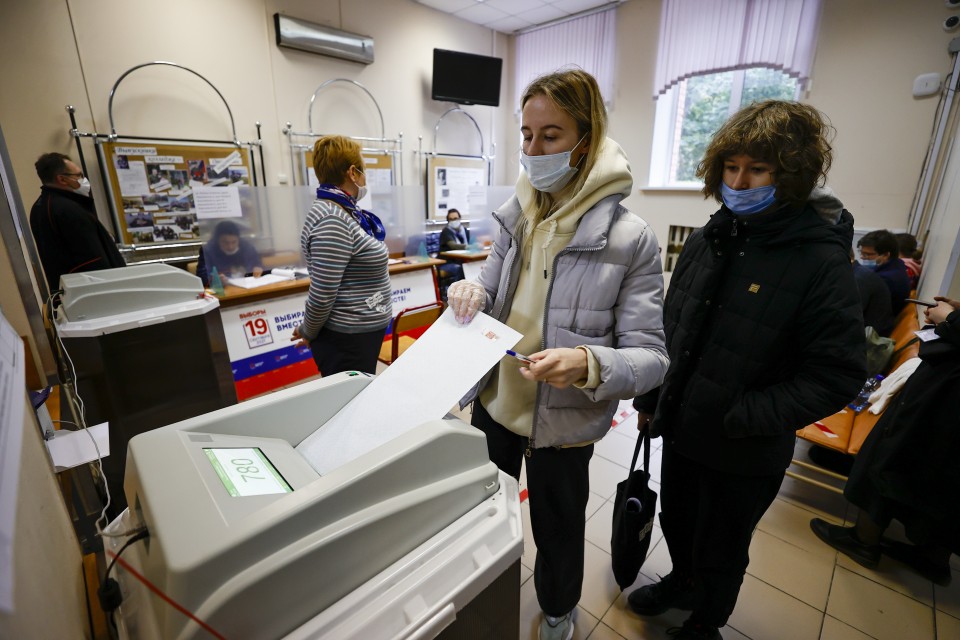 Citizens arrive to cast their votes during the Russian parliamentary election in Moscow on Sept. 19, 2021. (Anadolu Agency/Getty/Kyodo)

With about 60.18 percent of the ballots counted, United Russia had won about 47.19 percent of the vote, with the Communist Party coming in second with 20.88 percent, according to the Central Election Commission.

The election result is widely expected to influence Putin's decision on whether to run for president again after his term ends in 2024.

United Russia won 334 seats at the previous election in 2016. This year's voting was held over three days to help prevent the spread of coronavirus infections.