Japan's government decided Thursday to extend the COVID-19 state of emergency again for Tokyo and many other areas where hospitals remain stretched, while adopting a plan to ease restrictions on traveling and large events once most of the population has been vaccinated.

The state of emergency covering 21 of Japan's 47 prefectures had been slated to end Sunday but will remain in place through Sept. 30 in 19 prefectures including Hokkaido, Aichi, Osaka and Fukuoka. 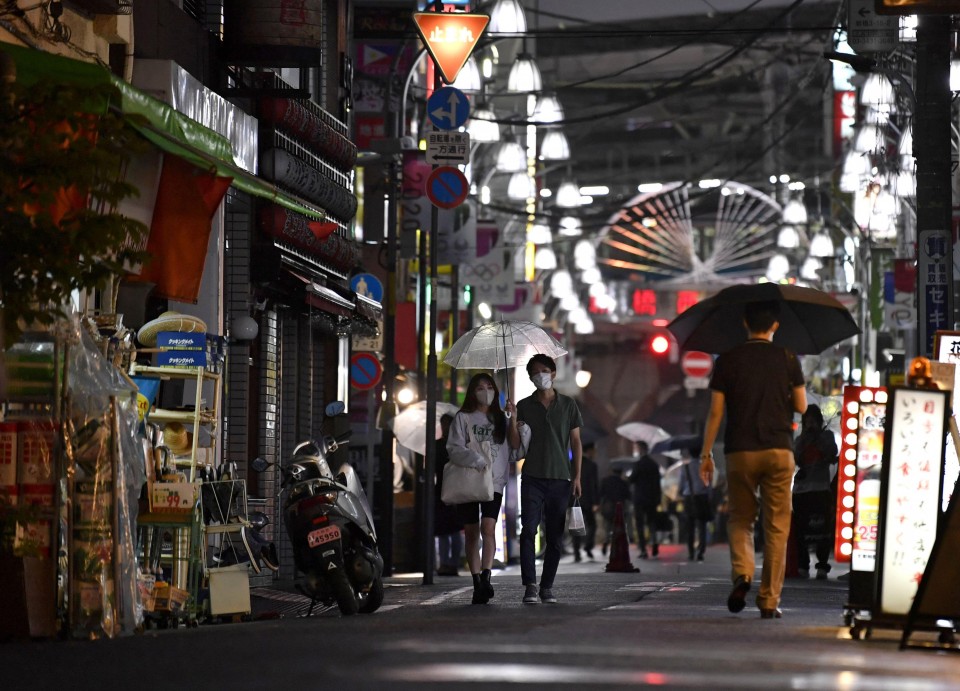 A street lined with bars and restaurants in Tokyo's Shimbashi area is pictured on Sept. 8, 2021. (Kyodo)

Prime Minister Yoshihide Suga said COVID-19 cases were down nationwide but there continued to be a large number of patients with severe symptoms.

"We have to prepare for new waves of infection but at the same time go forward with social and economic activities while living with the coronavirus," he said in a press conference, his first since announcing last week his intention to resign, amid mounting criticism of his government's handling of the pandemic. 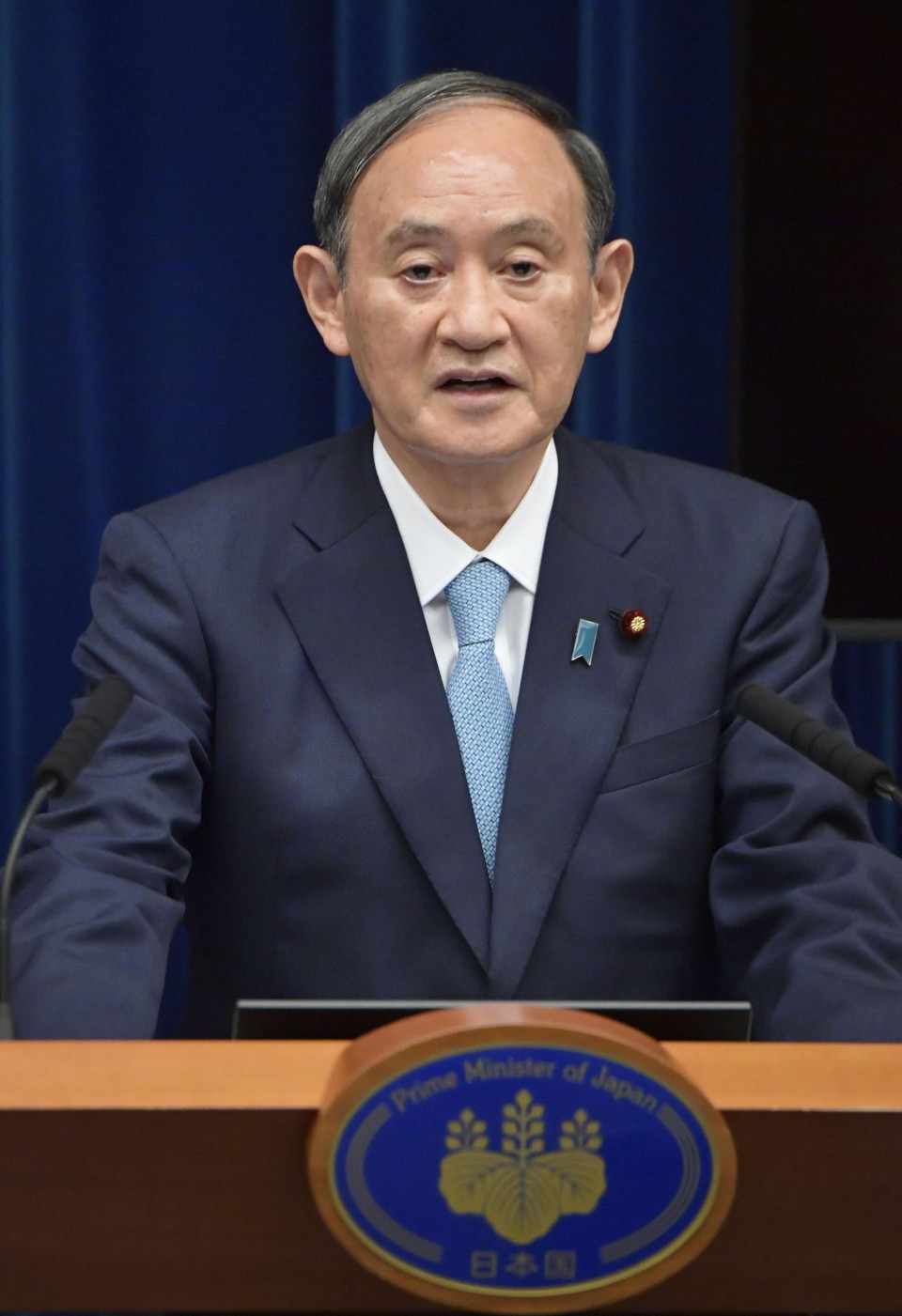 Japanese Prime Minister Yoshihide Suga attends a press conference at his office in Tokyo on Sept. 9, 2021, after the government decided to extend the COVID-19 state of emergency in Tokyo and 18 other prefectures through Sept. 30 as hospitals remain under strain despite a falling number of infections. (Kyodo) ==Kyodo

Under the plan to relax restrictions, to take effect around November, the government will no longer require restaurants in prefectures under the state of emergency to not serve alcohol and close early, provided they are certified as having steps in place to prevent infections.

People will also be allowed to dine in larger groups, travel across prefectural borders, and go to large events with more than 5,000 attendees such as concerts and sports games if they have been fully vaccinated or provide negative test results.

About 49 percent of Japan's population, or roughly 62 million people, have received two doses of COVID-19 vaccine, according to the latest government data. Suga has promised to finish inoculating everyone eligible and willing to get the shots sometime between October and November.

The government has apparently decided that would be the right time to ease restrictions that have hurt businesses, especially in the food services and tourism sectors, though health experts continue to voice concerns over the highly contagious Delta variant of the coronavirus.

Shigeru Omi, Suga's top COVID-19 adviser, called for the next prime minister, to be chosen following the ruling Liberal Democratic Party's leadership race on Sept. 29, to explore the administration of booster shots to maintain vaccine protection.

The state of emergency has been in place in Tokyo since July 12 and extended twice, remaining in effect during the Olympics and Paralympics, which were held with a quarantine bubble at the athletes village and almost no spectators at venues.

Among the 21 prefectures currently under the measure, Miyagi and Okayama will shift to a quasi-state of emergency, which allows governors to impose restrictions on specific cities rather than their entire prefectures.

Nationwide daily infections surged to over 25,000 in mid-August but have since fallen by about half, with 10,401 cases reported Thursday.

A panel of experts advising the government on its coronavirus response said Wednesday the state of emergency should only be lifted if hospital bed occupancy rates fall below 50 percent and the number of patients with severe to moderate symptoms is on a downward trend.

The Japan Business Federation, the country's largest business lobby, has called for a review, and a person familiar with the plan said the government is now considering shortening the quarantine period for people entering Japan to 10 days from 14 days. 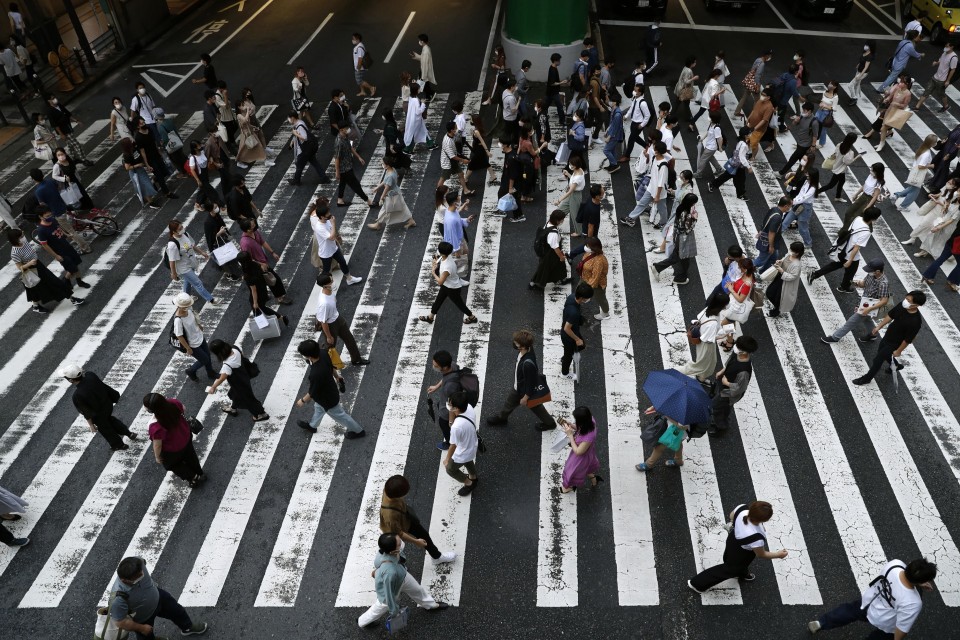